A phone line was set up for people to report businesses violating the mayor's health orders. It was quickly bogged down with robocalls. 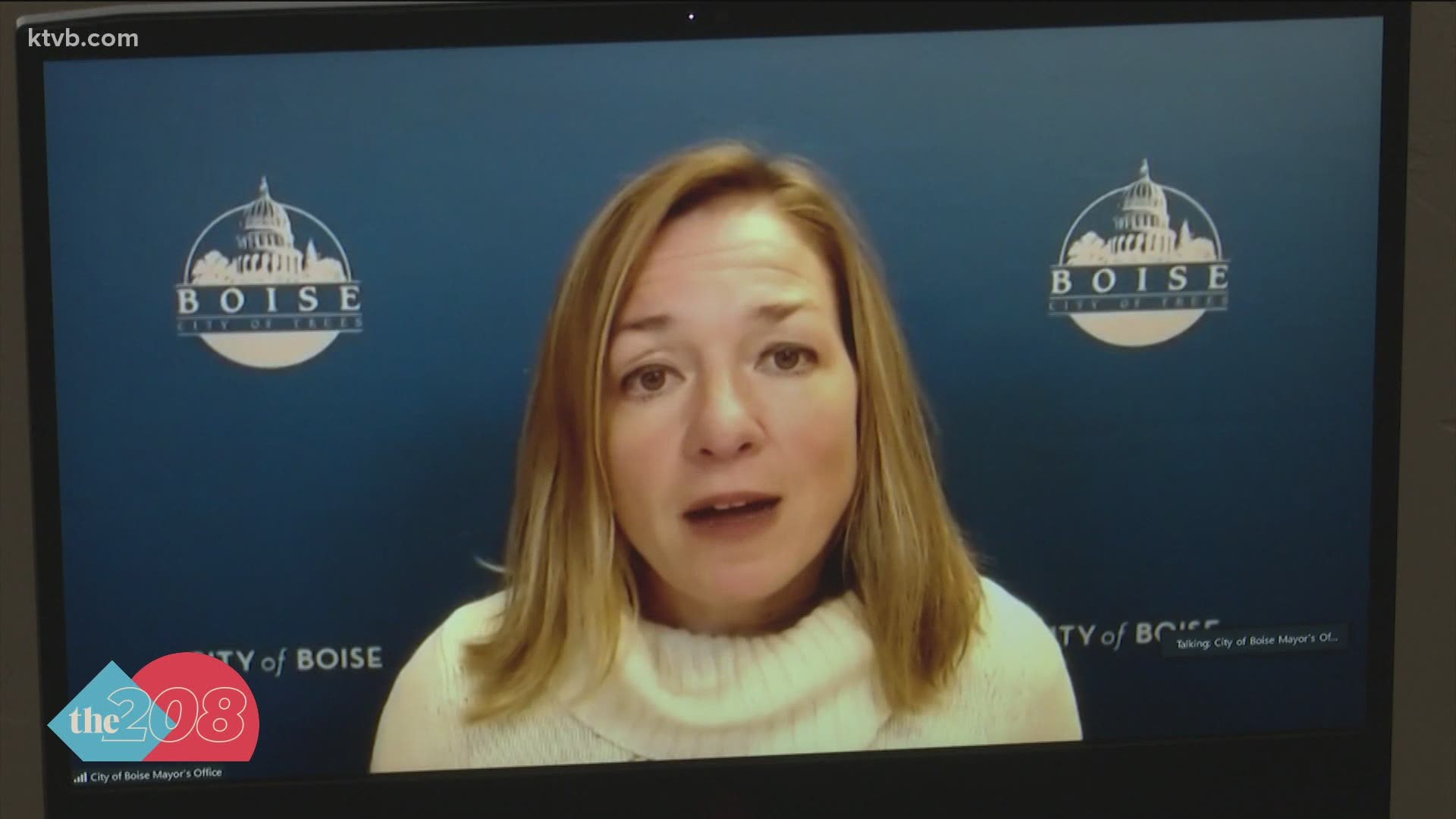 The health order isn't new but an emphasis on enforcement is a newer tone from the city.

A major part of the order is a hotline for people to report Boise businesses not following the requirements of the health order, namely with mask compliance.

Soon after the city launched the phone lines, reports began coming in.

"As of this morning 17 complaints had been delivered to the city including some that Central District health had received," McLean said.

She explained that those complaints are being investigated by the city clerk's office, adding that businesses are also taking advantage of the city's offer to help in situations where people refuse to comply with requests to put on face coverings.

"Four businesses have called to ask for city support to remove individuals from their premises that were violating that business's own mask order and desired to enforce the mask ordinance," McLean said. "Those four instances, officers arrived on scenes and the individuals refusing to comply with the health order had already left."

The first day of the phone lines was also marked with people trying to prevent its use.

"We were slammed at the beginning by one organization or several organizations who it appears as though they organized pass through calling or robo phone calling to get more phone calls into the line to make it more difficult for our staff to citizens that had real complaints," McLean said.

RELATED: Before reporting a Boise business or individual for violating COVID-19 protocols, here's what you need to know

According to the mayor, the city's tech team took on the issue and worked to filter out the mass robocalls.

Still, though, it is very clear that there is a segment of people who think the reporting line is going too far and sends the wrong message. Critics have called it a tattle-tale hotline that is only creating conflict.

The topic was even brought up Tuesday during Idaho Gov. Brad Little's weekly AARP teletownhall. Little was asked if he thought it was a good message to have people calling to report others for not complying with the city health order or if it just created more strife.

"I know it has that appearance but that happens a lot in both civil and criminal proceedings in the state of Idaho," Little said. "If you are a drunk driver, there are signs all along the roads, turn in drunk drivers. That is part of a lot of what we do."

Of note, protestors unhappy with the hotline and health order gathered in front of McLean's Boise home Monday evening. The mayor said she recognizes the right to assemble and for people to speak their minds, but she has also received very positive feedback from people who say they want to keep the community safe and healthy.

"It's concerning to see a large group of people gathering unmasked at a time when COVID is at an all-time high in our community and it reminded me again of how grateful I am for the thousands of people, the majority of Boisians that have taken selfless acts and done countless sacrifices for the good of others some of who they don't even know," McLean said.