In 1961, President John F. Kennedy announced the U.S. was going to start building fallout shelters. Boise's was the first. That shelter is now for sale. 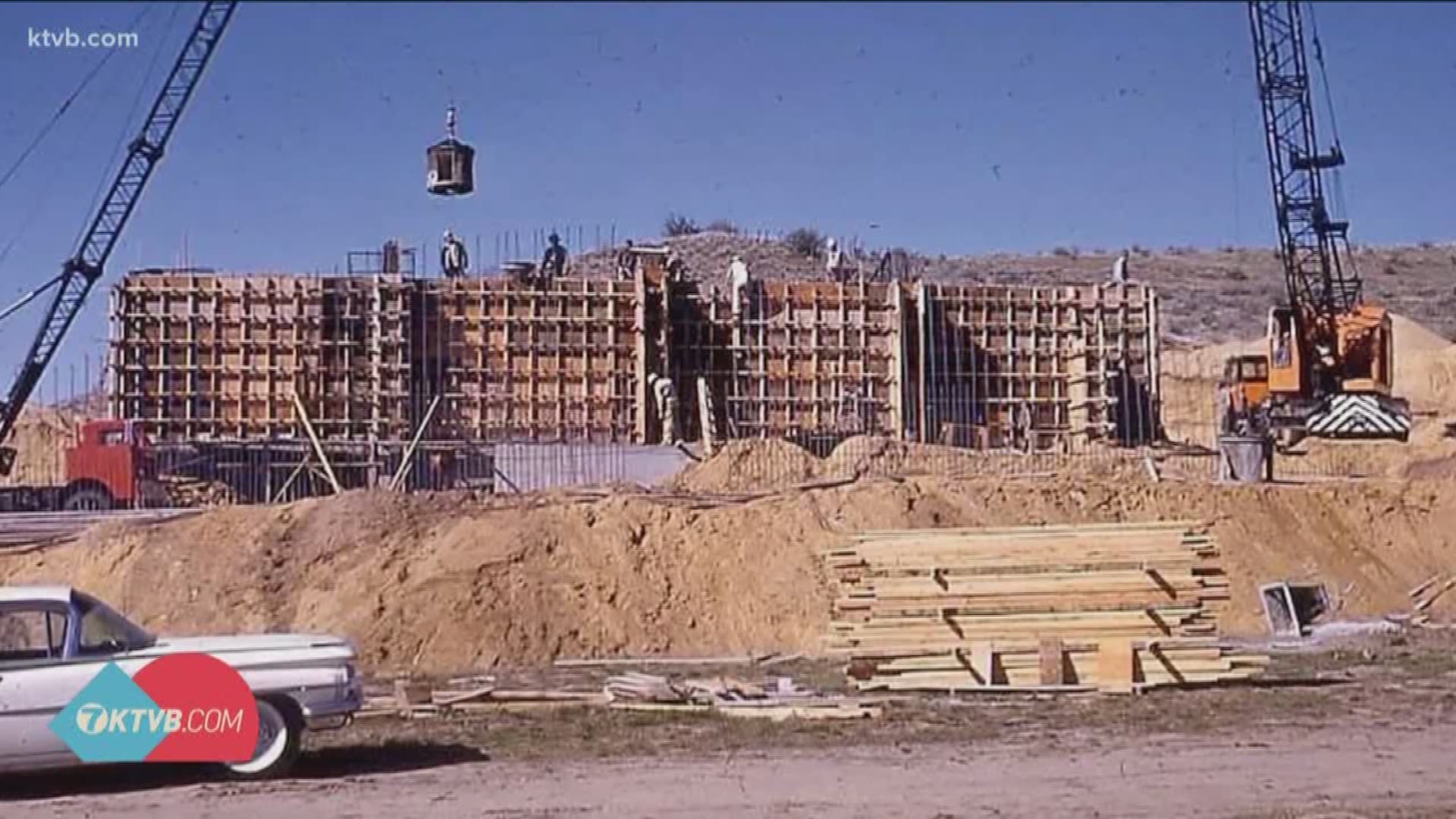 BOISE, Idaho — In 1960, the height of the Cold War, Boise decided to go somewhat underground, carving the country's first community fallout shelter out of the hills near a new housing development known as The Highlands.

The Federal Civil Defense Administration kicked in $122,000 for its construction, a prototype that would spawn thousands of others coast to coast.

Called "The Highlands Community Shelter," Governor Robert Smylie cut the ribbon in 1961 with Boise families helping to stock it and take a tour of the dormitories and decontamination showers.

It was built to save a thousand people. But not just anyone. If needed, you and your family could gain access for $100.

For 11 years it waited for an attack that never came. Then in 1972 it was sold to the Boise School District which used it for office and storage space.

Credit: KTVB
The Boise Fallout Shelter under construction in 1961.

Jump ahead to 2003, as we jump back to a story we did nearly 17 years ago, with the school district looking to unload it.

"It served many, many years, it still has a lot of life left in it," school district spokesman Dan Hollar said at the time. "And it's up for sale for $125,000."

The 14,000 square-feet left Farren with a lot of room to spare, which he's been lending to local bands looking for a place to practice.

He is now hoping to sell the former fallout shelter.

"It's structurally sound, very solid," Hollar adds from the story we did in September 2003. "Light, airy, you can walk on your roof, you can mountain bike on your roof."

Credit: KTVB
A fallout shelter in the hills above Boise is on the market for $2.1 million.

And according to Farren, and the real estate website Zillow, this four large bedroom, three bath (with individual stalls), two-story, mid-century, almost-modern "home" can now be yours for $2.1 million.

The real estate listing also says the property on West Curling Drive is very energy efficient. I mean, if it can keep out radiation it should be able to keep in the heat!

Everyone calls it a bomb shelter because it's fun to say. But it's actually a fallout shelter, meant to protect people from nuclear fallout and not necessarily survive an actual blast from a bomb.

Farren says he is currently adding a fire sprinkler system and other upgrades to the building. But If he sells it, it will be quite the return on investment.

RELATED: Kuna castle listed last year is back on the market for $1.5 million