208 Redial: Labor of love and lawn

We head back to Eagle four years ago when we met Cory Mecham who fulfilled a lifelong dream by building a grass tennis court in his backyard. 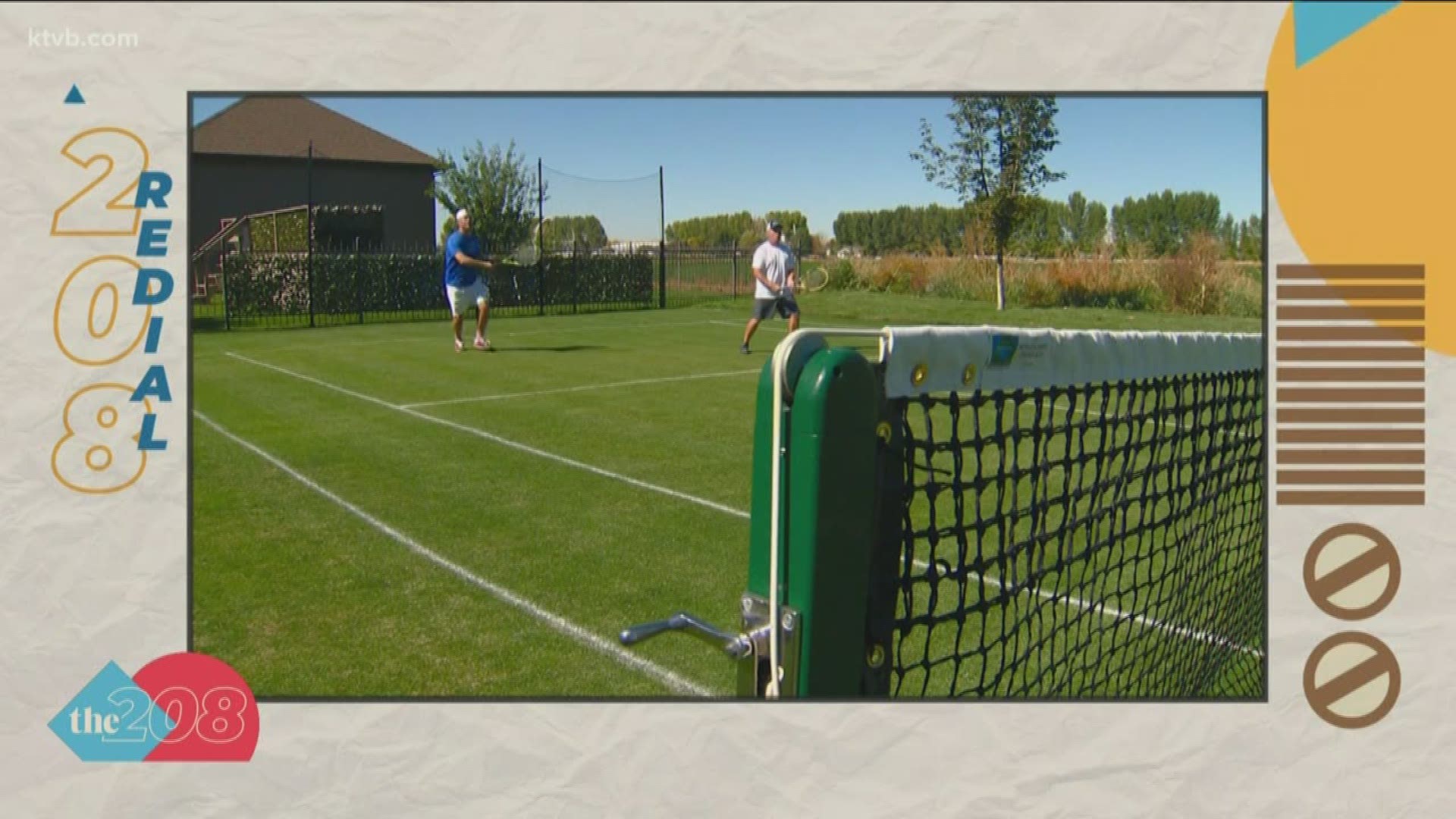 EAGLE, Idaho — For the first time since World War II, there will be no Wimbledon tennis championships this summer.

They have been cancelled because of the COVID.

Treasure Valley tennis courts have been closed because of the COVID.

But there's one man in Eagle who doesn't have to worry about that.

We first met Cory Mecham four years ago when he wanted to show us what he put in his backyard.

The son of a potato farmer, who grew up outside Mountain Home, used his knowledge of the land to create his own center court just outside his own back door.

Tennis fans can surely appreciate his effort, especially these days, in the 208 Redial.

Cory Mecham spends hours out here listening to blues while working on his green.

Cory isn't the groundskeeper at some local golf course, but he is the curator of his own grass tennis court in his own backyard.

“I didn't think there was any way this would ever happen,” Cory said. “I was like, 'ah, who wants to come out and see my backyard?”

Well, turns out his friends do.

Grass court tennis is a dream Cory's had for decades.

“Since I first played on grass like 19 years ago,” he said.

In fact, when he moved to town four years ago, the distance across the backyard was a deal breaker when it came to buying his house.

“We came in my wife loved the kitchen and said, 'hey there's enough for a court, we're in,” Cory said.

His wife was the first to encourage him.

The neighbor, not so much.

But Cory went to work, scalped the back half of his half acre, and planted perennial rye.

About 18 months and $4,000 later, the 43-year-old father of three has a wannabe Wimbledon right outside his back door.

“Well, I like it, it bounces pretty well, you get the occasional squirrelly bounce,” Cory said.

“This is like the Field of Dreams,” Patton said. “This is why you come up here.”

And while Patton, the godfather of Treasure Valley tennis, gives his consent to Cory's court.

“Feels good just to lay down on this baby, oh my God yeah,” exclaimed Patton.

Cory loves his good fortune of playing tennis in the pastoral setting of his own backyard.

Greg Patton has since retired from Boise State and last year was inducted into the International Tennis Hall of Fame.

Cory says all the work he's put into the court over the last four years has helped the ball get a truer bounce.

Now, one might think one's wife would tire of a tennis court taking up almost all of the backyard.

We asked Cory about that and he told us yes, he's days away from putting the nets back up for another season.

He also said he put out a message to Roger Federer and Rafael Nadal to let them know there is a grass court available if they want to bring Wimbledon to Eagle, Idaho.

Cory hasn't heard back but stay-at-home order tennis is about to get underway.

RELATED: Wimbledon canceled for 1st time since WWII because of virus