Boise State recently launched BroncoBOLD, an initiative that champions the importance of mental health and wellness in all areas of life through sports. 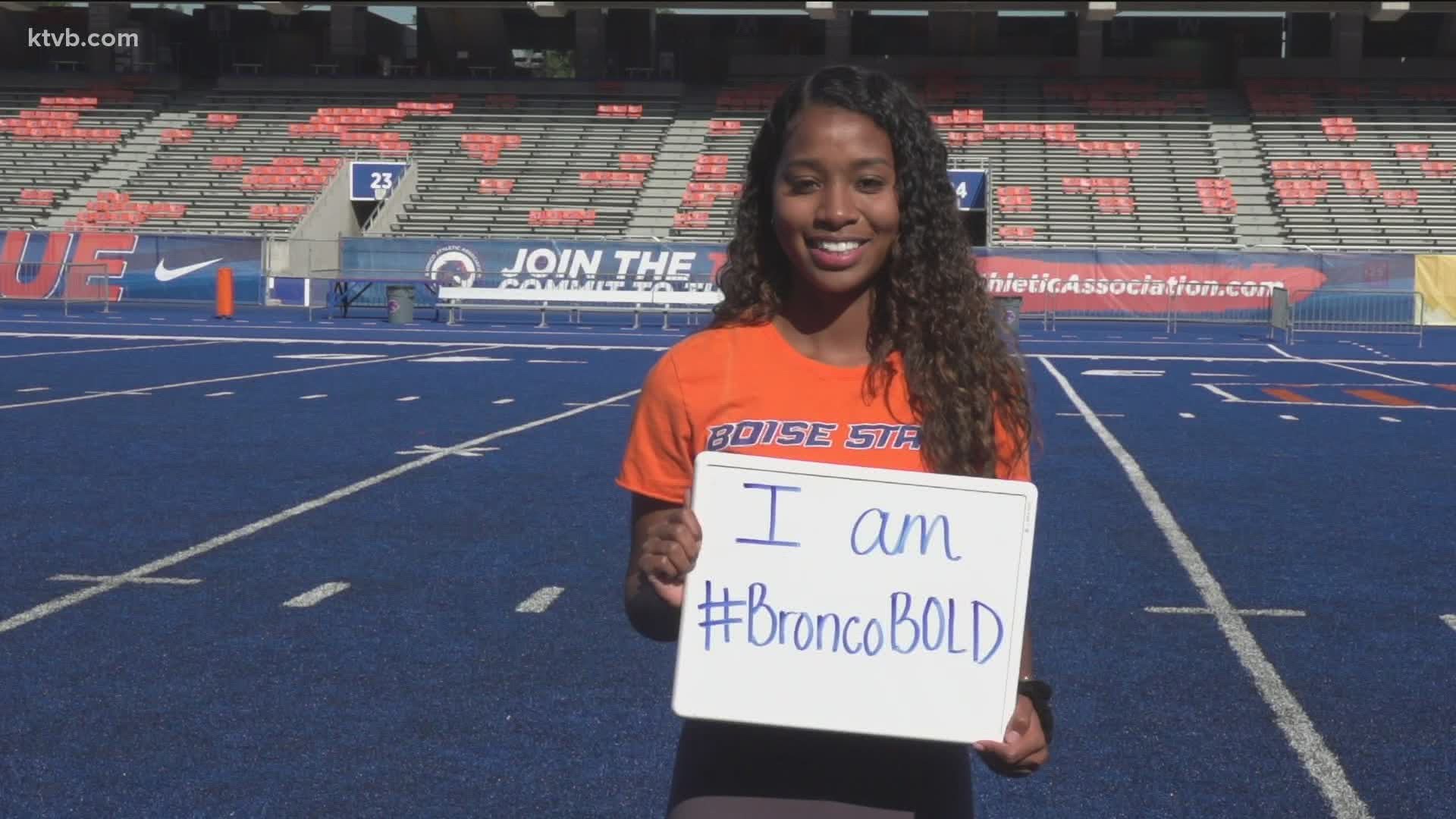 BOISE, Idaho — Boise State University is working to break down the stigma surrounding athlete's mental health as more and more professional athletes are sharing their stories of battling depression and anxiety.

From Michael Phelps to Abby Wambach, professional athletes are opening up about their struggles with mental well-being in hopes of ending the stigma surrounding mental health.

Boise State recently launched BroncoBOLD, an initiative that champions the importance of mental health and wellness in all areas of life through the platform of sports.

Student-athletes are spreading a simple message: it's okay not to be okay.

"Because so often in sports, you're supposed to be strong and mentally tough and just put your head down and grind and the more," Donaldson said. "More people that come out and say, 'Hey I'm struggling,' it really normalizes it and it helps other people to be able to come forward and to talk openly about it."

Donaldson joined Boise State's athletic department two years ago as part of the university's effort to make mental health a priority. She works with coaches and teams, but mainly one-on-one with student-athletes.

"So oftentimes in the past, I think we've talked about it as a one-in-five situation, but when we use statistics like that, it really singles out the person," Donaldson explained. "When in actuality mental health is a five-in-five scenario. We all have mental health. We all need to work on it."

Boise State even has its own Sports Therapy Dog named Jett, who you'll find on the Blue studying with athletes during finals and working out with Avery Williams.

"So often when we look at the student-athletes, we just see the shining moments, the touchdowns and sticking the vault," Donaldson said. "We don't really understand or see that behind the scenes, the work that it takes and the time commitment."