OHA's Pat Allen said they were led to believe by CDC that adult foster care homes in Oregon were eligible for the federal pharmacy partnership program. 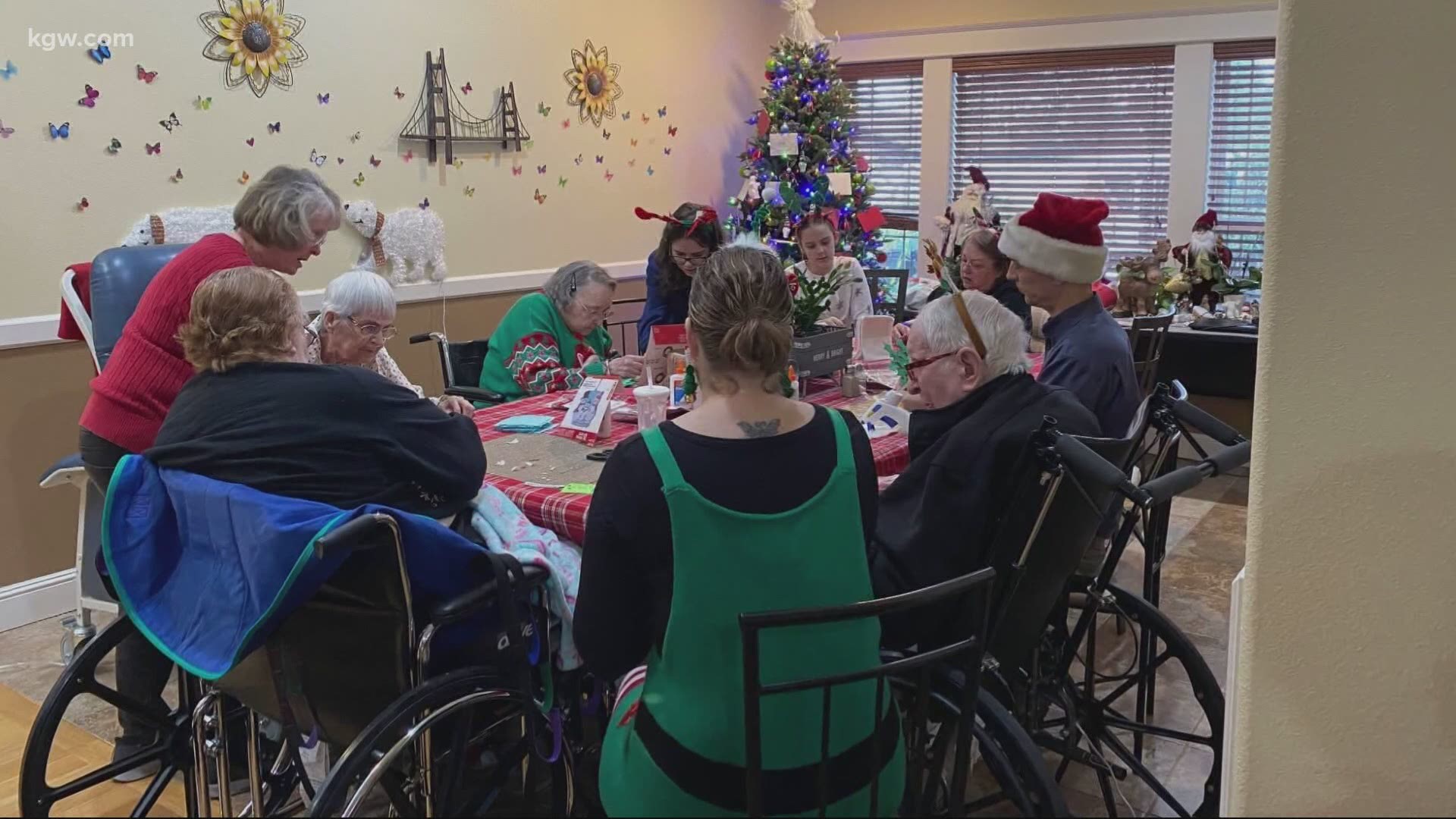 PORTLAND, Ore. — State health officials blame guidance from the Centers for Disease Control and Prevention (CDC) for why residents in more than 1,200 adult foster homes in Oregon have not been vaccinated.

KGW first reported on this issue Monday when Gina Roberts explained her frustration in trying to get her residents and employees at "A Place to Call Home” in Tigard vaccinated since December.

“It's extremely frustrating. I know that our people, they feel like they're forgotten,” said Roberts.

Roberts runs one of the 1,400 adult foster homes in Oregon. These are small facilities run out of people’s homes.

According to guidance from the Oregon Health Authority (OHA), these adult care facilities are in the state’s 1A vaccination group, meaning they should have gone first.

Roberts was scheduled to get the vaccine to her facility through CVS on Feb. 10. After receiving several emails from the pharmacy chain, she said it canceled the clinic at her home.

A CVS customer service representative told Roberts in an email, “We cannot service your facility based on not having a common area outside the home and/or oversight coordinator."

Adult care facilities were supposed to get the vaccine through a federal program but according to the Oregon Department of Human Services, only 172 out of 1,400 facilities signed up.

Friday, OHA’s director Pat Allen said in a news conference, these homes don’t qualify for the federal program after all.

“These were facilities we were led to believe by CDC were eligible for the federal pharmacy partnership program and in fact had been signed up,” said Allen.

Allen said many of the homes were dropped or canceled out of the program after they signed up. He said the OHA spent three weeks of the rollout arguing with the CDC after these facilities.

Allen said the state then entered into a contract with other providers including Safeway to begin working through the adult foster care home population.

“It has been a scramble trying to cover these folks, not having planned to at the beginning. We will make sure every one of these facilities gets a vaccine or is able to schedule an appointment for the vaccine," said Allen.

KGW reached out to the CDC for a comment and has not heard back.

Do you have a story idea for Cristin? Email her at CallCristin@kgw.com