The City Council's plans for reopening the city are largely dependent on what Gov. Brad Little says on Thursday. 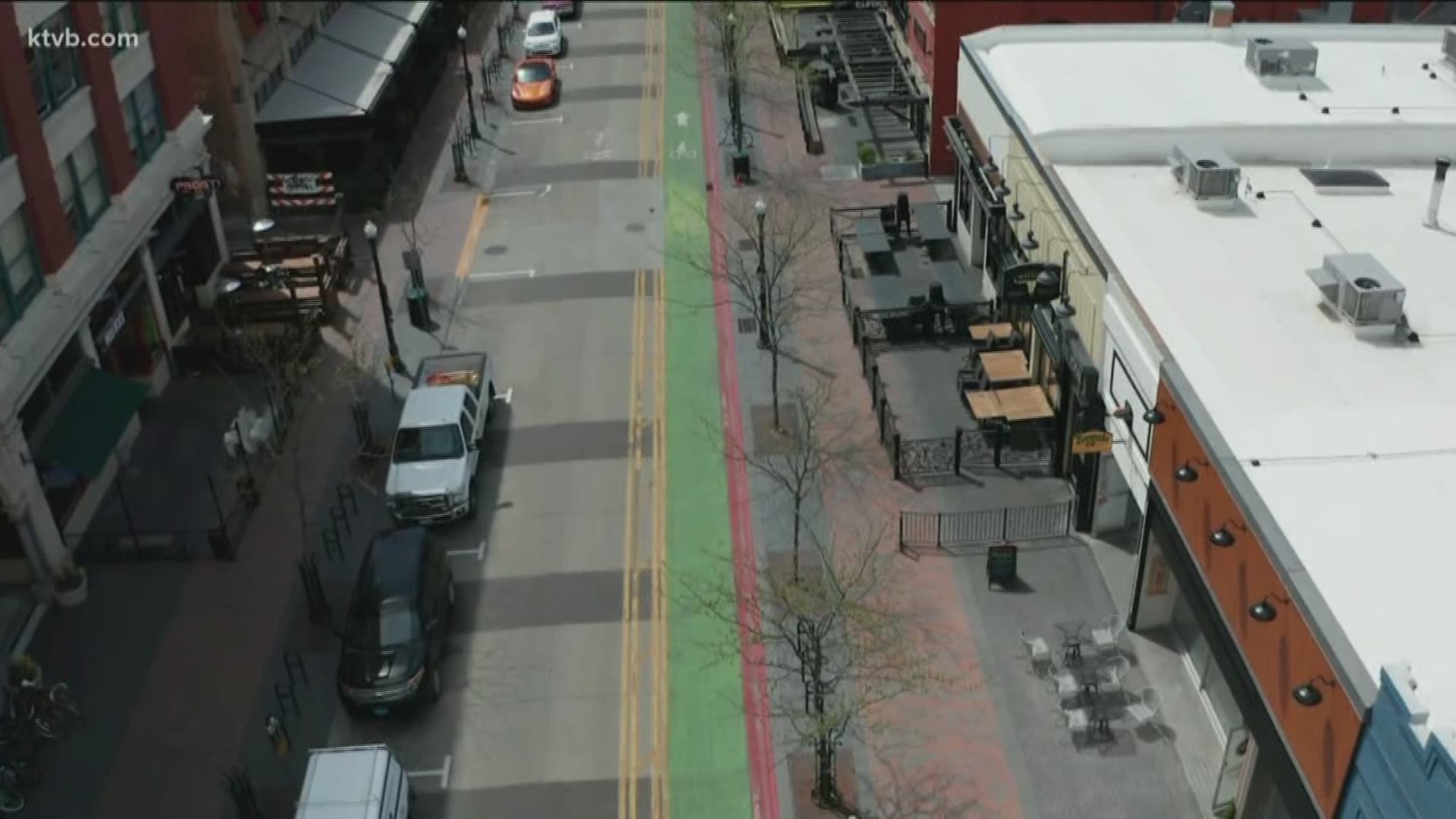 Idaho is just a few days away from Gov. Brad Little's target date of May 16 to move the state into stage two of reopening.

Under the second phase of the state's plan, businesses such as restaurants, gyms, and hair salons can reopen - provided they meet safety guidelines such as limiting groups and maintaining social distancing where possible.

Little is expected to make an announcement on Thursday afternoon about whether the state has met the necessary criteria to move to stage two.

In preparation for that, some cities are working out specifics of their own plans and how that fits in with the state's plan. On Tuesday night, the Boise City Council addressed what its plan would look like.

The council looked at the latest statistics from the state and Central District Health, which show downward trends when it comes to coronavirus cases in Ada County.

Since stage one started on May 1, the county has reported an average of 5.6 new cases of COVID-19 per day. In the two weeks prior to phase one, the average was 7.4 cases. Based on what the local numbers currently show, Central District Health expects stage two to begin as scheduled.

Though Boise City Council members are hopeful that's the case as well, no orders are being finalized for the city until after the governor's announcement on Thursday.

If the governor gives the green light to move ahead with stage two, the city of Boise would largely follow state protocols, maintaining groups of fewer than 10 people and keeping social distancing intact. The city would likely, however, add some additional safety protocols for places like the airport.

When it comes to city services, the city's tentative plan under stage two is to:

In Tuesday's discussion, council member Holli Woodings asked if large venues within city limits could potentially reopen sooner than the state and if they could provide a proper safety plan and follow group limitations. Currently, the state plan doesn't allow for any large venues to open until stage four, slated to start mid-June.

In response to Woodings, McLean said the city cannot reopen businesses or services sooner than the state. In doing so, the city would be in violation of allowing large venues to open ahead of the state's timeline.

During the meeting, the council ratified its current health order, which is slated to remain in effect until June 1. That would likely be replaced with a new order if Gov. Little announces a move to stage two.