Yes, there will be classic stadium food available when Memorial Stadium opens its gates for dinner guests. 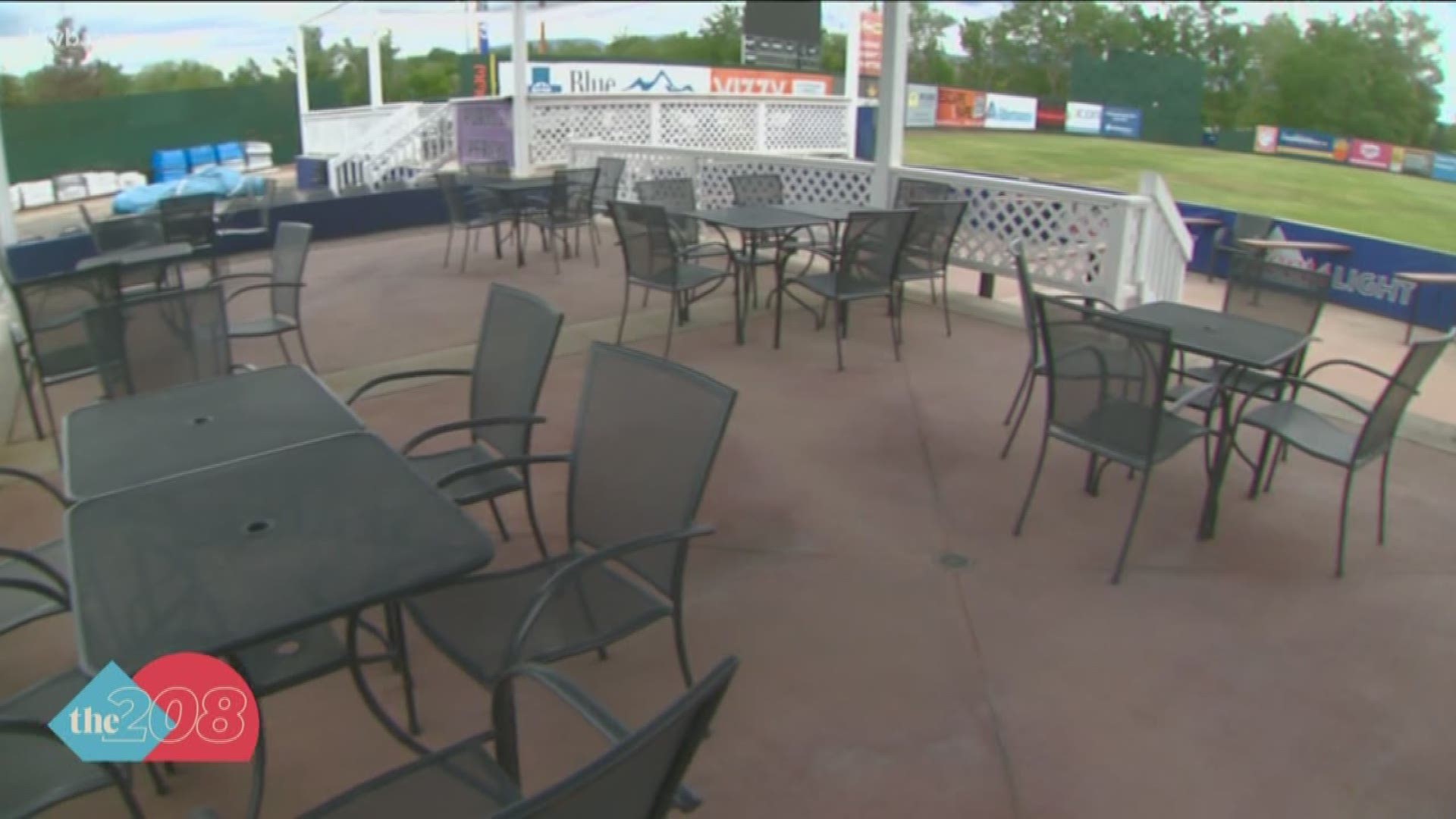 BOISE, Idaho — UPDATE: The Hawks announced that the outdoor, sit-down restaurant will open to the public on Friday, May 22. Dinner service will be offered from 4 p.m. to 9 p.m. on Thursdays, Fridays, and Saturdays. Full hours of operation are available here.

If you've been craving some hotdogs, nachos, or other classic ballpark food, you may be in some luck. In a matter of weeks, you could soon be able to get dinner, drinks, or some appetizers on the third-base side of Memorial Stadium.

The Boise Hawks, a Class A Short Season affiliate of the Colorado Rockies, are still preparing for their season opener next month but staff and management are now also preparing the stadium for people to dine in.

Boise Hawks General Manager Mike Van Hise told KTVB on Monday during a phone interview that this plan is still in the early stages but now the team is beginning to find out what kind of dining experience fans and guests are looking for.

"Conversations probably started, I would say about two or three weeks ago," he said. "We've been looking around the country at some of the options that other minor league teams have been doing, especially on the East Coast, especially in a full-season capacity, about how to engage their fans."

RELATED: Under 1% of MLB employees test positive for coronavirus antibodies

Under Idaho Gov. Brad Little's phased reopening plan, restaurants can open in the second phase, while large gatherings like sporting events have to wait until the fourth and final phase.

Van Hise said Memorial Stadium's third-base side has plenty of room for people to eat safely. He estimates that the stadium could hold 50 tables with four people to a table safely, all while following the state's guidelines on reopening and the CDC's social distancing measures.

"We have a unique facility here, we have a lot of open space, especially to abide by CDC and Idaho Department of Health social distancing guidelines, so we figured why not start kicking the tires on offering a restaurant-like service here at Memorial Stadium," Van Hise said.

For when fans can expect to eat at the stadium, Van Hise said it all depends on Gov. Little's press conference on Thursday, which will be live-streamed on KTVB.COM. If Little moves forward with the second stage of reopening the state's economy, then the Hawks can open their new restaurant service sooner.

Van Hise continued that since the stadium is already nearly ready for opening day, they could "basically turn a switch on and get started, relatively quickly."

If the service does happen as plan, Van Hise said they would start out slowly and cautiously.

"We'll start with X amount of tables, make sure that's working correctly. The process and procedures we put together are working the way we want them to work and slowly work our way towards what we imagine what our max capacity to be," he explained.

Before rolling out the base-side tableware, the organization is trying to figure out what days, what hours, and what food people are most interested in with a brief survey, which you can take here. As of Monday afternoon, Van Hise said they've received about 50 responses, with the majority of people leaning towards dinner options on the weekends.

The information gathered through the survey will help the Hawks figure out their starting point of what hours they should be open and food they should offer.

For the food options, Van Hise explained that the food offering will focus on typical ballpark fare. Once the kinks are sorted out, they could offer specialty nights too.

The Hawks are still planning on their Opening Day game to be on June 22, but Van Hise said they're still taking direction from the MLB and may have to adjust their plans based on what the majors do with starting their season.

"Until we're told otherwise, that's how we're running our operation," he said.

RELATED: Albertsons Boise Open still expected to go on as planned in August, despite the coronavirus pandemic