'She's just relentless': 14-year-old Boise State student excels in and out of the classroom

Pangaea Finn learned to read before she was three, and started a nonprofit when she was seven. 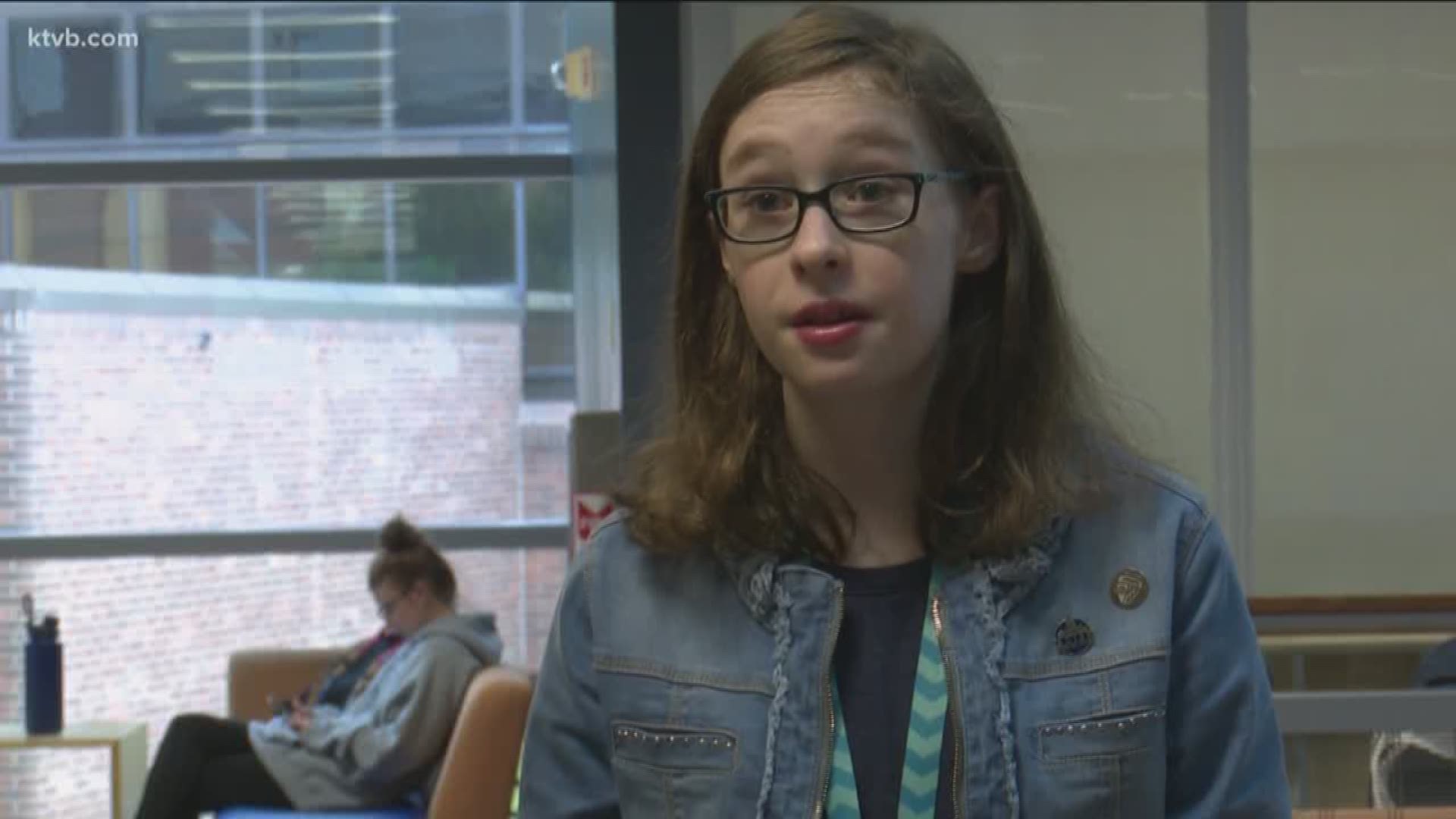 BOISE, Idaho — Most 14-year-olds are freshmen in high school, but Pangaea Finn is a freshman in college at Boise State University.

Nicknamed Gigi by her parents, the teen phenom is taking classes including electromagnetic theory, linear algebra, and choir. She came to BSU with enough credits to be junior.

Gigi's father, Sean Finn, noticed she was gifted from a very young age.

"We learned by accident that she taught herself how to read before she was three," he said. "You never know what kinda kid you're gonna have and so immediately it was kinda a shock to us."

It's not all studying though.

"One of my hobbies is obviously music and I'm actually going to pursue a degree in piano performance," she said. "I also do fun crafts - knit, sew, origami."

Gigi also started a nonprofit when she was seven years old.

"[It's] called the Orangutan Gang," the 14-year-old said. "It helps raise support for orangutans just by educating consumers about what they can do in the grocery store."

Going from grade school to college was not the smoothest transition for Gigi.

"When I started it was kinda hard because I really didn't know anyone," she said.

Added her dad: "She's had situations where she's had classmates look at her and be like, 'there's no way this kid belongs here.' And then a week or two later she's study buddies with them."

"They think it's so funny," Gigi said.

She may be intellectually ahead of the game, but her father wants to make it clear that she's still only 14.

"She's kind of a slowpoke and forgetful," her father laughed. "So yeah there's a lot of 14-year-old in her."

Sean said his daughter's determination is what got her into Boise State.

"She's just relentless," he said. "She's having an impact on the ways that she wants to, it's her self-motivation that does that."

Gigi doesn't let her intelligence go to her head.

"I wouldn't say that I have any more knowledge than any other person here," she said. "Obviously there are so many people that know much more than I do."

She just wants to enjoy her time in college.