"We apologize for any inconvenience and thank you for your patience and understanding." 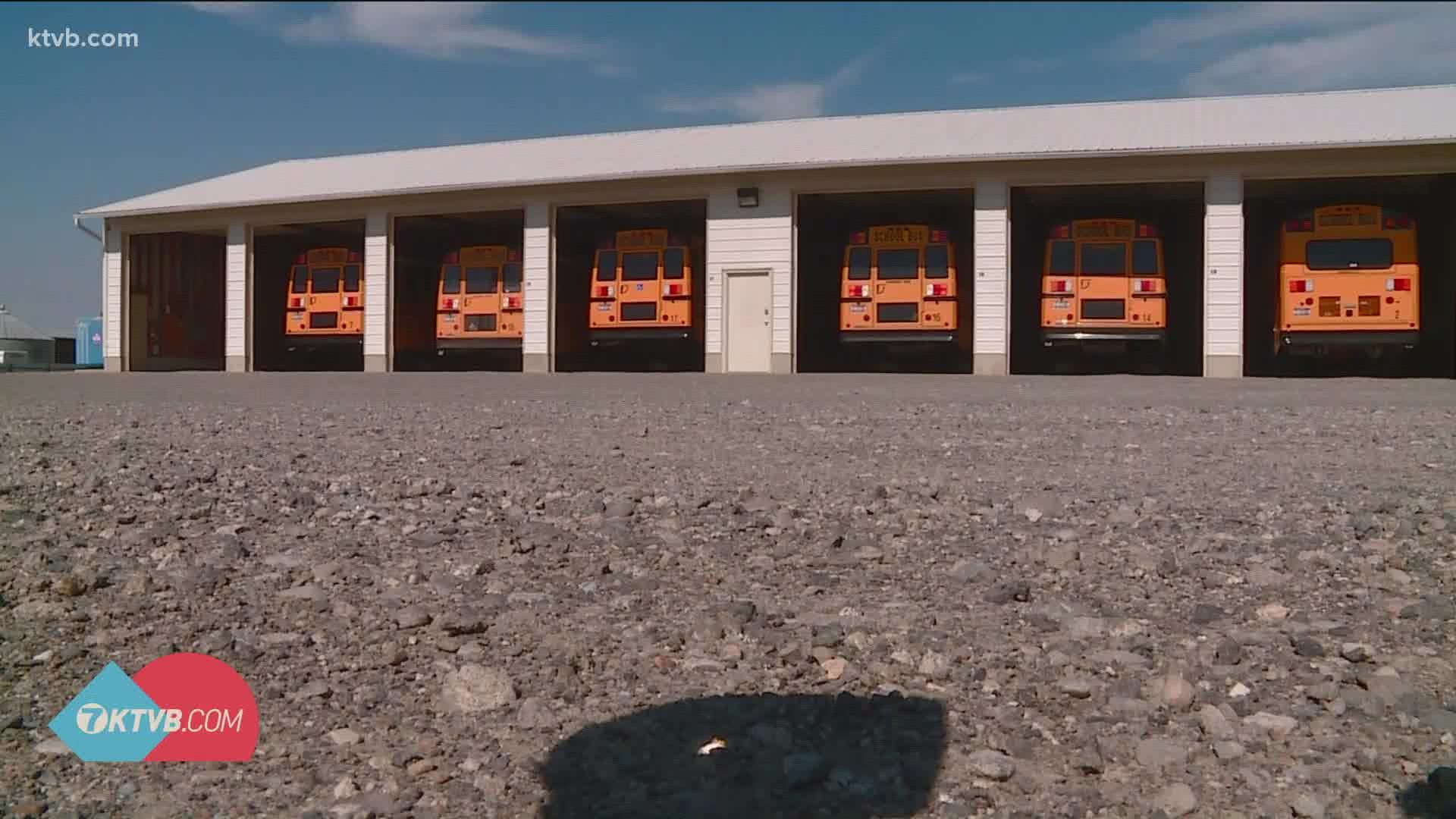 GOODING, Idaho — The Gooding School District will be closed this week due to a lack of qualified bus drivers, according to a Facebook post from the district.

The district said parents in the district should have received a message about the closure on Monday.

The closure began on Tuesday, Oct. 5 and was later extended for Wednesday and Thursday. The Gooding School District does not hold classes on Fridays.

"As of now, we are planning on being back in session Monday, October 11th," the district wrote on Facebook. "We apologize for any inconvenience and thank you for your patience and understanding."

According to the district's superintendent Spender Larsen, the pandemic isn't all to blame for the lack of qualified bus drivers.

"It really started at the beginning of the year in the summer when we were coming back," Larsen said. "We didn't have enough bus drivers, period. And so we had to condense and consolidate routes. We went from 11 routes to eight."

Last year, Gooding School District purchases buses from the Cheney Bus Company following the owner's retirement. The district then put out a bussing contract but got no response, according to Larsen.

Therefore, if the district wanted to provide public transportation for students, their only option was to purchases the buses.

"Last year was the first year that the district has run their own bussing," Larsen said. "We had contracted with Cheney Bus for decades and so this was all new and, unfortunately, there were also some bus drivers that were ready to retire. We have tried to hire drivers [but] it has not been easy."

In addition to the struggle to find new hires, a recent spot inspection uncovered that while all current Gooding bus drivers had proper commercial drivers licenses (CDL), none of them participated in the annual safety training that must be done to meet legal requirements. Not doing so essentially disqualified all current bus drivers.

"Part of our decision to cancel school when we didn't have any drivers that were qualified is to give us the time to make sure all the necessary paperwork is in place, trainings are in place," Larsen said. "We must follow state laws as well, and we just weren't doing that apparently. So we are putting things in place so that we can be compliant."

The district has never had to run its own transportation system before, and Larsen said mistakes happen and he's happy that this was caught.

However, an anonymous viewer who is a current bus driver with the district sent a tip to KTVB claiming this could have been prevented:

Larsen declined to comment on the tip, stating "I know what happened and I'm not going to throw anybody under the bus. So we are just not going to go there."

Regardless of the mishap, Larsen affirmed that the training that didn't take place was a mistake and must take place during the rest of the week, while the classrooms sit empty.