Authorities say Ryan Jensen initially denied starting the fire and told detectives he tried to put it out. 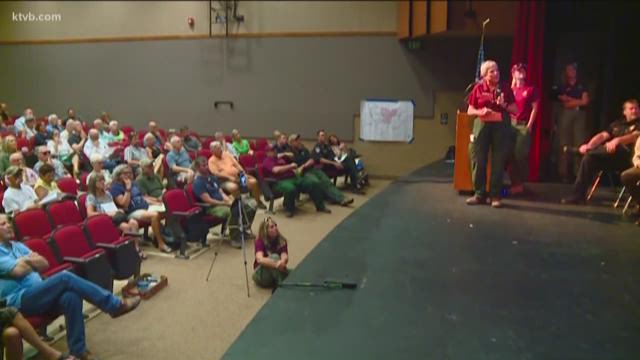 HAILEY — A 35-year-old Bellevue man has confessed to starting a large wildfire burning to the east of Hailey and Bellevue, officials announced on Thursday.

Blaine County Sheriff Steve Harkins said in a Facebook post that Ryan M. Jensen admitted to detectives on Wednesday that he inadvertently set the fire by using an exploding target.

Harkins said Jensen was the person who first called 911 to report the fire on Sunday.

The Sharps Fire has since grown to more than 54,000 acres and has prompted some evacuations in the area. Other residents remain on pre-evacuation notice.

During multiple interviews with authorities, Jensen had repeatedly denied starting the fire, Harkins said. He allegedly told detectives that he was driving out of Muldoon Canyon when he came upon the fire and tried to put it out.

Jensen made his first court appearance Thursday afternoon on a misdemeanor charge of firing timber or prairie lands.

“I would also like to thank the citizens for their involvement and willingness to help detectives with leads and information, which is often critical to our success in solving these crimes,” said Harkins.

As of Thursday evening the Sharps Fire is 29 percent contained.