The Sharps Fire was measured at more than 50,000 acres by Thursday morning, with less than 30 percent containment. 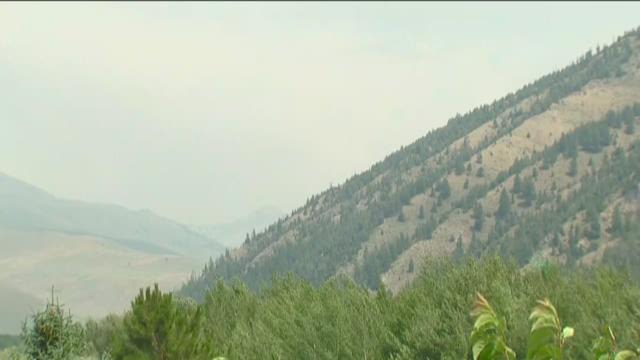 The Sharps Fire was measured at 53,950 acres by Thursday morning, with 29 percent containment.

Mandatory evacuations remain in place for the Little Wood River campground and all homes on Little Wood Reservoir Road and Flat Top Road.

Late Wednesday night, the sheriff's office ordered pre-evacuation for all residents located north and east of the intersection of Buttercup Road and Myrtle Street in Hailey. The pre-evacuation area extends north to East Fork Road and includes homes on the east side of the highway, including Old Cutters/Buttercup Sub, South Hiawatha, North Hiawatha, Red Devil, Indian Creek, Valley Club, Ohio Gulch, Heathlands, and all of East Fork.

People living in the pre-evacuation zone are urged to start preparing for evacuation now by gathering up belongings, medication and important documents, as well as moving any livestock or large animals.

"This is a preparedness measure to avoid getting caught trying to move livestock and trailers in smoke, fire or road congestion," the sheriff's office posted.

Fire crews are working Thursday to contend with winds of up to 40 mph and hot conditions, as well as steep, challenging terrain. A community fire information meeting is planned for Thursday evening at 6:30 p.m. at the Hailey Community Campus on Fox Acres Road.

There is 438 fire personnel battling the Sharps Fire, with most focusing on the northern part of the blaze.

“This area right now (Northwest) we have multiple resources including the aerial attack, they are going in with bulldozers and tying that into hand crews to build that line and indirect line to try to capture this flank of the fire to push it up into the forest away from the valuables and communities,” said Hutson Vann, Great Basin Incident Management Team.

The Sawtooth National Forest has ordered the closure of all roads, trails and land within the fire area.

The Sharps Fire was sparked east of Bellevue Sunday morning by an exploding target, and quickly expanded as firefighters battled high temperatures and gusty winds.

Detectives have identified the shooter they believe started the fire. Investigators 35-year-old Ryan Jensen admitted to starting the fire.

Exploding targets are illegal to use on public land between May 10 and Oct. 10.

Steve Garman lives just west of Hailey and is offering to transport and house horses that need to be moved. He has 10 acres split into three pastures that can accommodate about 20 horses and several horse trailers.

His property is a safe distance from the fire and he says if your planning to move horses or livestock, it’s best to do it now before a mandatory evacuation order is in place. 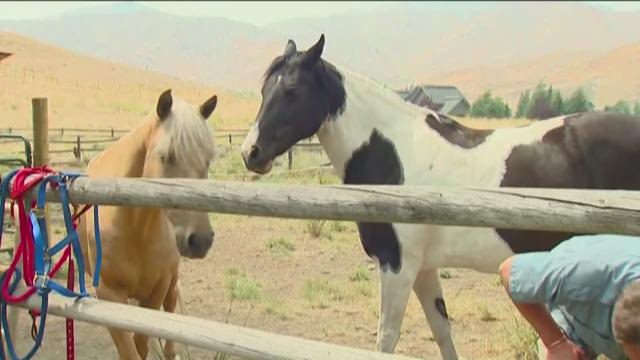 "You know the winds change, fires change and we’re not getting any rain, so it could go a while, and we have got the facilities and resources here and we would like to help. My wife we’re both serious horse riders and we can care for the horses," said Garman.

Garman is one of a handful of people volunteering to do this.

If you need to move your animals check out the Sawtooth Equines website and they have a list of all the resources.