No one was injured and police are investigating the shooting "as an unintentional or accidental discharge," according to the Boise Police Department. 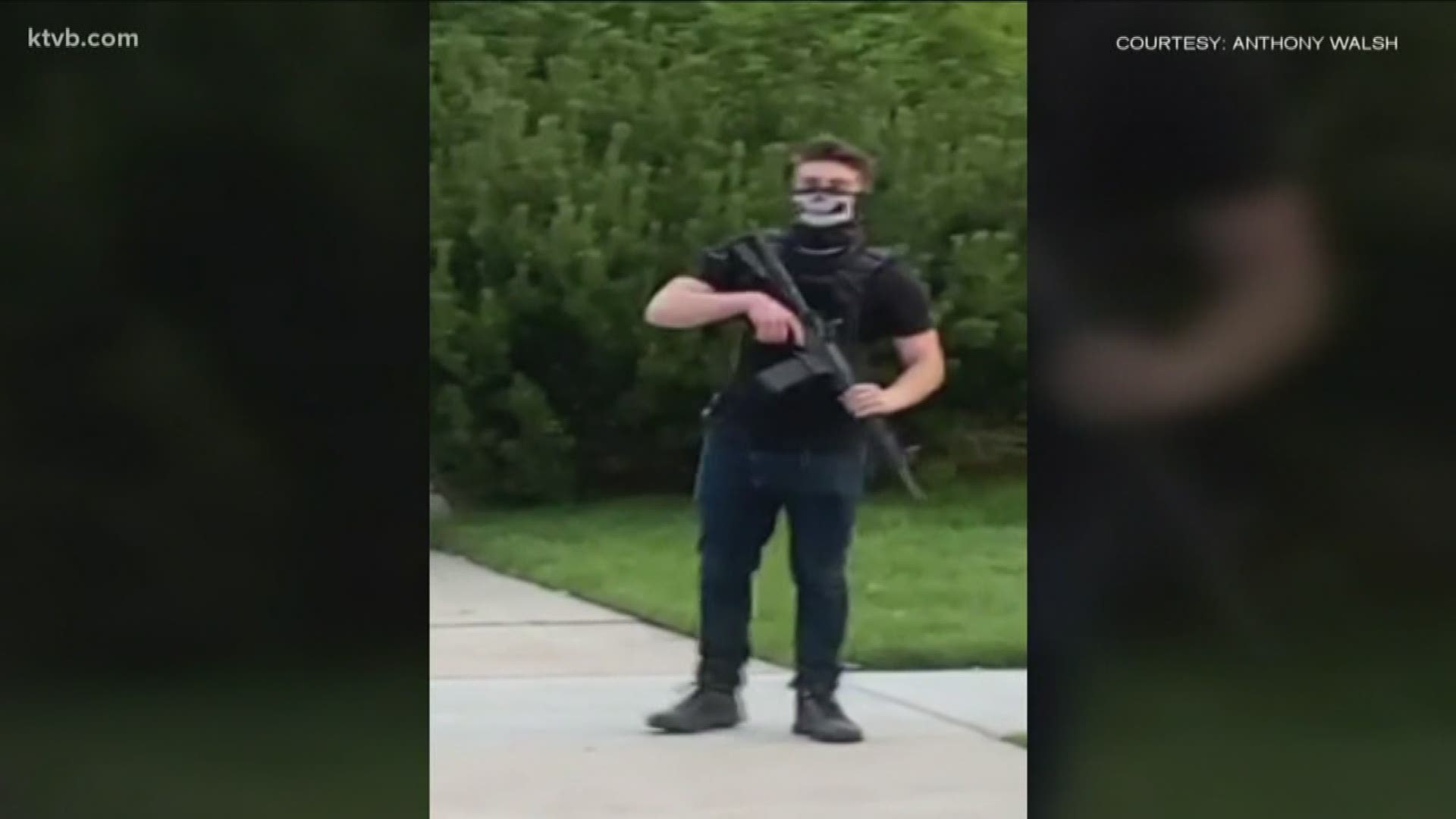 BOISE, Idaho — Terrifying moments on the steps of the state capitol on Monday, after Boise Police say, 18-year-old Michael Wallace accidentally fired a round from his assault rifle as crowds were protesting. Among those in the crowd was Anthony Walsh.

“In my gut, I just had a feeling that something was not going to go well,” Walsh recalled. “When the gun went off all of us kind of crouched down on the ground my heart started racing and my adrenaline started going immediately.”

Walsh told KTVB that he was originally at Monday’s protests to document what was happening but then started doing surveillance when he noticed another group of people armed with rifles, standing across the street from the other protesters.

“When that gun went off, I was just like infuriated that someone would even discharge a gun, not only among a group of people, but there were a bunch of kids around there at the same time,” Walsh said.

Despite the incident, Walsh says he's proud that what started out as a peaceful protest ended peacefully.

“Our forefathers gave us the right to peacefully protest and we need to keep things, protests peaceful across our nation, destroying our communities is not the way to go about this, there are much more better ways to get our message across,” Walsh said.

Although some people who attended Monday’s protest told KTVB there were two separate groups protesting, a viewer emailed KTVB saying he was one of the protesters who were armed and they were not part of a separate group, but “simply there to protect their homes and livelihoods from any individuals that threaten it."

“Thankfully, protests in Idaho have been mostly peaceful. local law enforcement and Idaho state police are monitoring protests across the state and doing a good job engaging at the appropriate level.”

Wallace has since been released from jail. According to Boise Police Department spokeswoman Haley Williams, the shot was fired into the ground. No one was injured and police are investigating the shooting "as an unintentional or accidental discharge."