Two opposing groups were protesting in front of the Idaho Statehouse when someone accidentally fired off a round, police said. 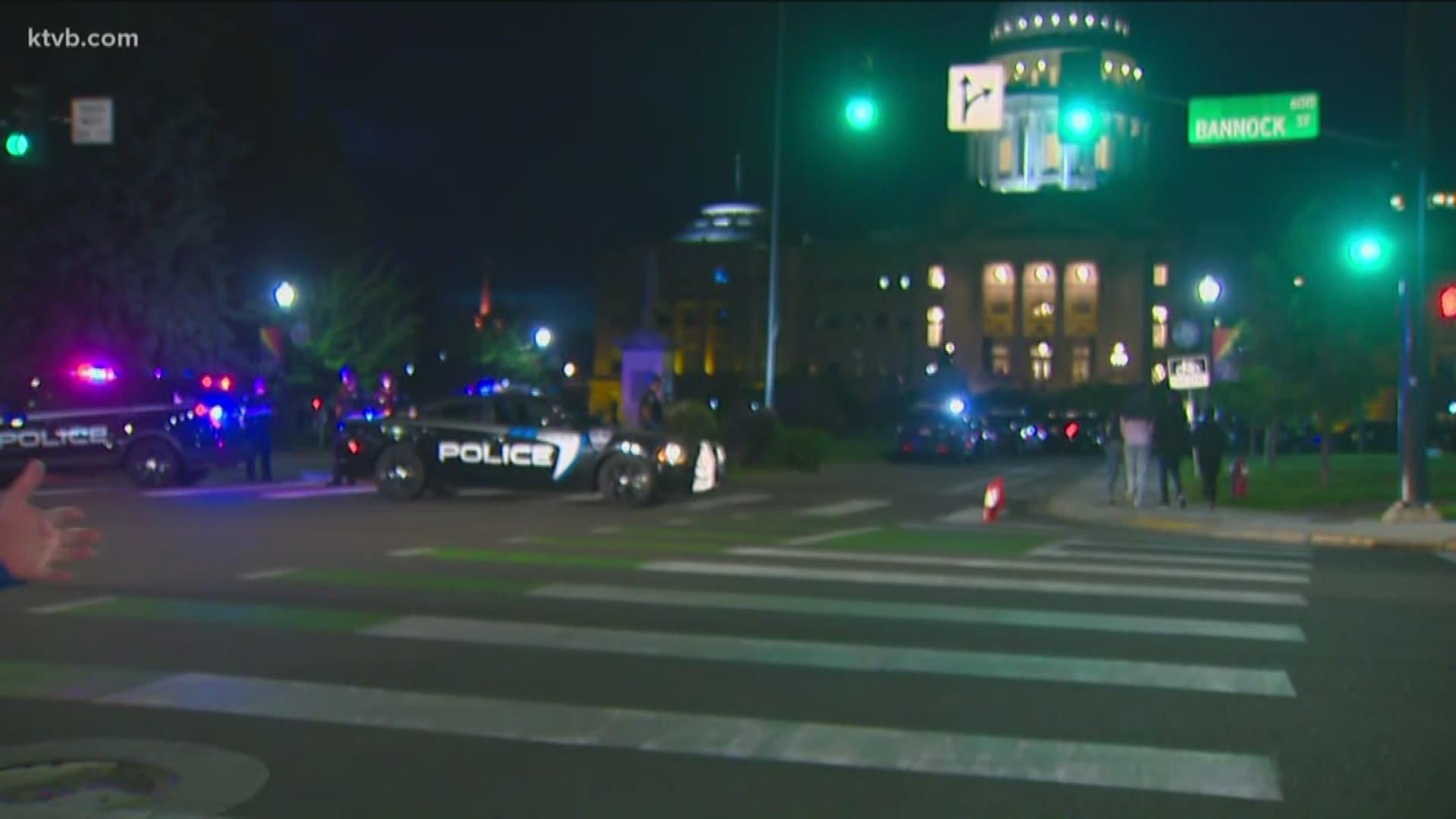 BOISE, Idaho — A Garden City man was arrested after firing a gunshot during a protest in front of the Idaho Statehouse Monday night.

According to Boise police spokeswoman Haley Williams, the shot was fired into the ground. No one was injured and police are investigating the shooting "as an unintentional or accidental discharge."

Michael Wallace, 18, was booked into the Ada County Jail on a misdemeanor charge of discharge of a firearm in city limits. He has since posted bond and been released.

The protest continued to be calm and there have been no other acts of violence, Williams told KTVB.

Two apparently opposing groups were protesting when the shot was fired.

The protest is one of many occurring throughout the nation Monday night, one week after George Floyd died while in police custody in Minneapolis.