Lawyers for the men called their $250,000 bonds "completely unreasonable" during a Wednesday hearing. 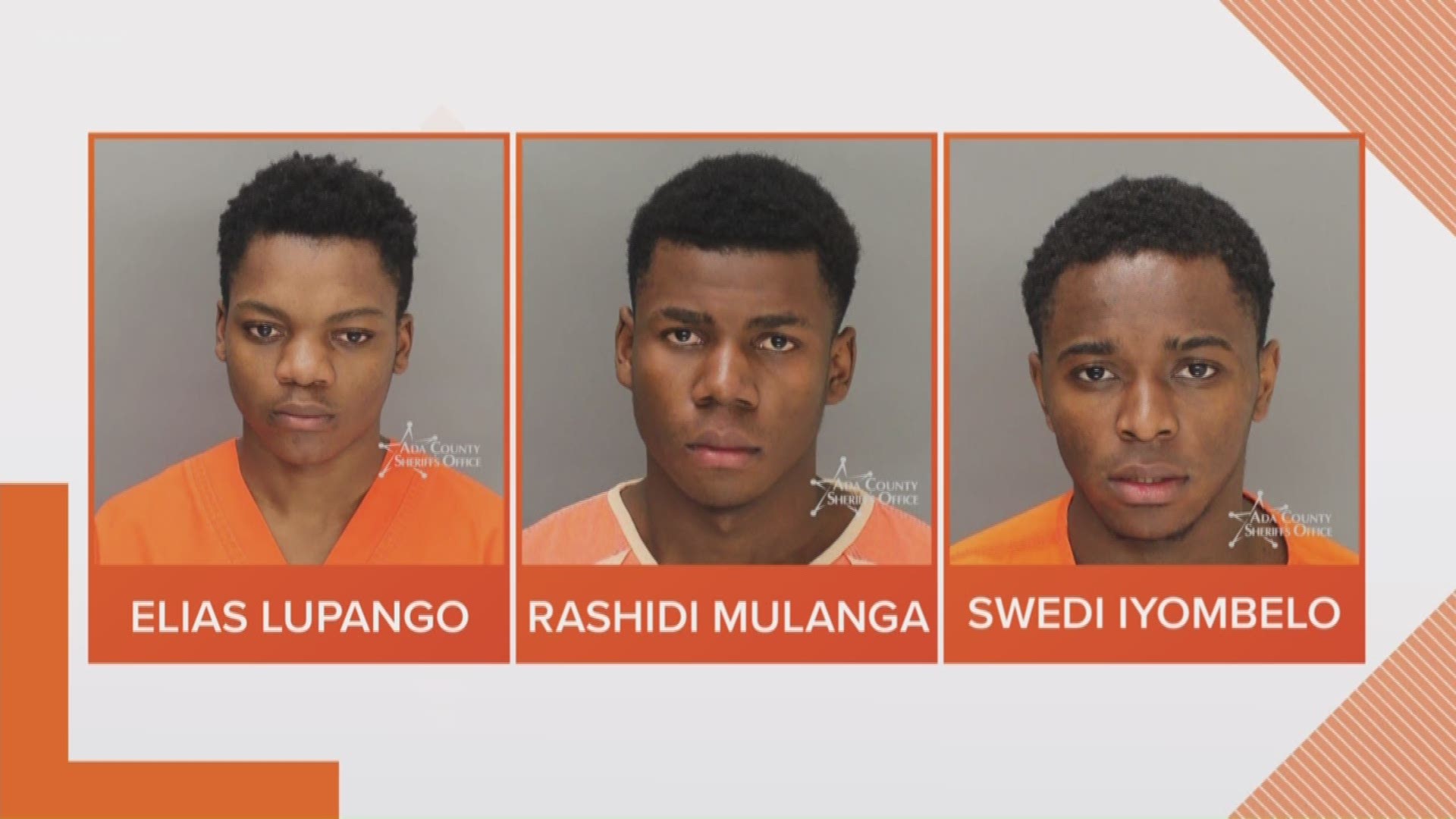 BOISE, Idaho — Three men accused of sexually assaulting a woman in Kuna will remain in jail after a judge on Wednesday rejected their request to lower the $250,000 bonds in the case.

Elias Lupango, 19, Rashidi Mulanga, 18 and Swedi Iyombelo, 18, were arrested Feb. 14 on felony rape charges. A 16-year-old boy was arrested the next day on the same charge, but his case is being handled by the juvenile court.

Prosecutor Tanner Stellmon said the rape happened Feb. 7 after Iyombelo and the 18-year-old victim communicated over Snapchat and agreed to meet up. The pair had not met before that Snapchat communication, according to prosecutors.

The 18-year-old  drove to a Kuna neighborhood, where Iyombelo and the 16-year-old got into her car, she told police. She said she and Iyombelo began having consensual sex, but when she later told him to stop having sex with her, he didn't. The other suspects - Lupango, Mulanga, and the 16-year-old - then took turns having sex with her despite her telling them to stop, prosecutors say.

"She indicated she felt scared," Stellmon said. "She was in a car with these three men and she was being violated sexually."

The defendants have insisted that they are innocent, telling the judge at a previous hearing that they had paid the woman to have sex with all four of them, but had not raped her.

Each of the adult defendants' lawyers asked Steckel to set lower bonds in the case.

The defense attorneys noted the defendants did not have any criminal records, and have family support that would ensure they made it to court for all their hearings if they were released.

Dozens of family members and supporters of the three men were crowded into the gallery for the hearing.

A Swahili translator interpreted for the defendants during the hearing. All three are refugees to the U.S., who came to Boise from Tanzania. Tanzania is a fairly stable country that produces few refugees of its own, although it is home to a number of large refugee camps housing people from surrounding African countries. It is unclear whether the rape suspects were originally displaced from another country.

Judge Steckel ultimately declined to lower bonds for the men, essentially guaranteeing they will remain behind bars as the case moves forward.

"I understand that these are very young men who have very good support, I understand that at least two of the gentlemen are in school," he said. "But nevertheless, I think it's appropriate for the time being to leave bond as set."

The preliminary hearing is set for March 13. If convicted, the defendants face up to life in prison.