Dismembered body in Idaho cave is bootlegger, murderer slain in 1916

Investigators have been working to solve the case since 1979, when the man's headless torso was discovered in the Civil Defense Caves near Dubois. 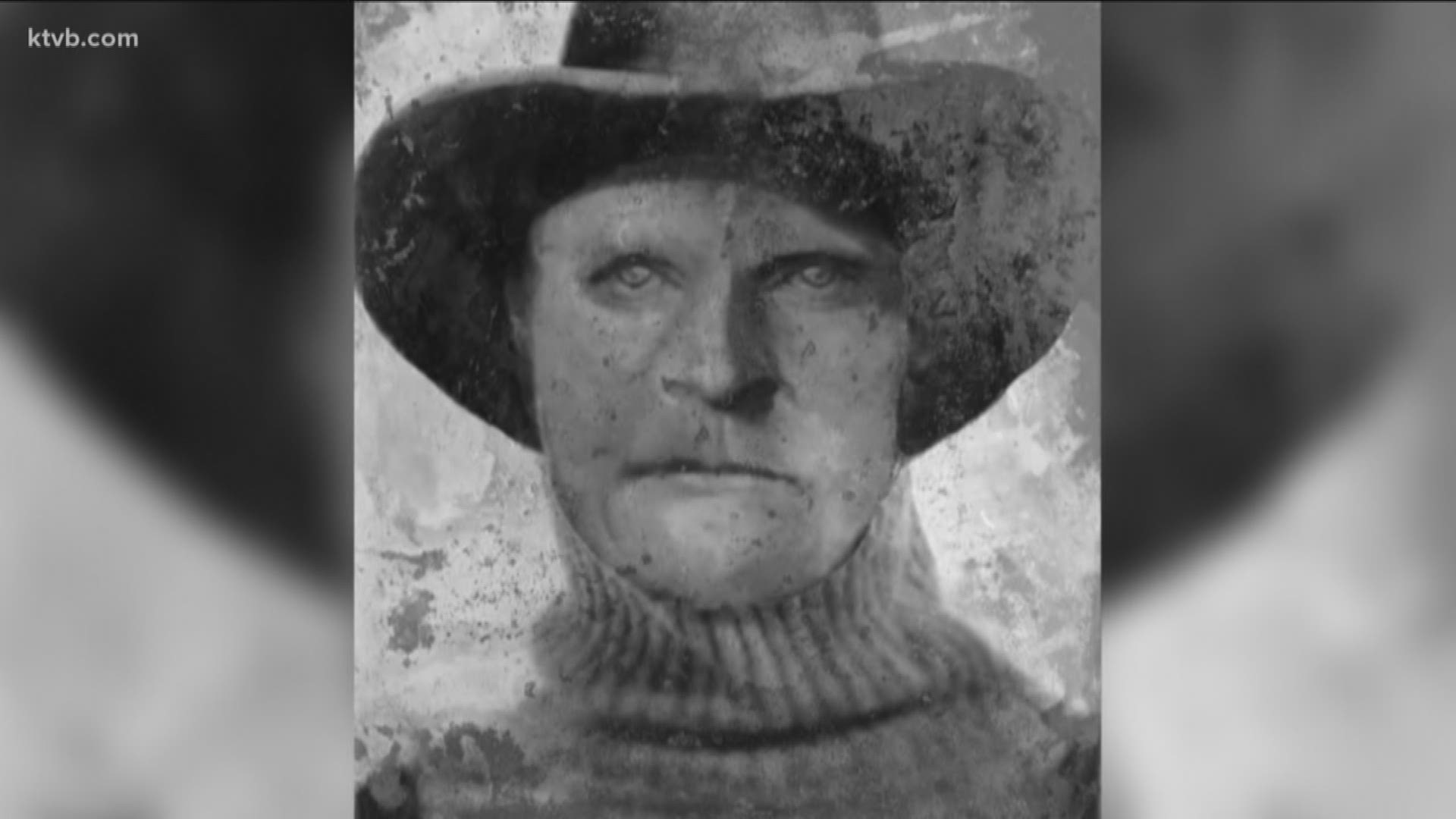 DUBOIS, Idaho — Investigators have finally put a name to a man whose dismembered body was discovered in a cave near Dubois decades ago.

Forensic genealogy and DNA testing helped identify the so-called "Clark County John Doe" as Joseph Henry Loveless, who is believed to have been about 46 at the time of his death in 1916.

Loveless' headless torso, wearing a dark red sweater and wrapped up in burlap, was found in the Idaho Civil Defense Caves by a family hunting for arrowheads in 1979. In 1991, a little girl exploring the same cave stumbled on more body parts, eventually leading to the recovery of Loveless' arms and legs.

The then-unidentified man's head was missing and has not been recovered, despite extensive searches by law enforcement.

Loveless' remains were examined by both FBI forensic specialists and the Smithsonian in hopes of making an identification, without any luck. The case was ultimately handed over to Idaho State University's anthropological researchers, who worked with the Clark County Sheriff's Office and the DNA Doe Project.

Credit: NamUs.gov
The dark red sweater found with an unidentified torso in the Civil Defense Caves,

With funding from the DNA Doe Project, the investigators tried to determine whether DNA testing could help identify the dead man. The remains were digitized at the Othram Inc. laboratory in Texas, and forensic teams began working to build a genetic family tree they hoped could lead them to a name.

The genealogy profile led to a living descendant of Loveless, whose DNA investigators also tested. The results came back as "one-to-one match."

That living descendant would be discovered to be Loveless' 87-year-old grandson.

"We can now confidently say that the torso found in the Civil Caves in 1979 belonged to Joseph Henry Loveless, born in Utah Territory in 1870," said Anthony Redgrave, team leader at the DNA Doe Project. "This is one of the oldest cases solved using autosomal DNA. We solved the case in about three and a half months after getting the DNA information back from the lab."

Although law enforcement had originally believed the victim had been dead for about four decades, investigators instead learned that the man had been killed 103 years prior, making the case among the oldest to ever be solved with forensic genealogy.

Loveless, who was born in 1870 in Payson, Utah was a bootlegger and counterfeiter who used aliases including Walter Currans, Walter Cairnes, and Charles Smith, among other names.

He had repeated run-ins with the law, and escaped from jail multiple times with a saw he kept hidden in his shoe. In May 1916, investigators learned, Loveless attacked his wife Agnes Octavia Caldwell with an axe, killing her.

Loveless went on the run, wearing a maroon sweater and overalls, but did not make it far.

All of this was confirmed through research and old police records.

He was murdered and cut into pieces in the Civil Defense Caves that same year, investigators say. The man's killer or killers have not been identified, and it's unclear what the motive was behind his death.

The Clark County Sheriff's Office said his death is considered an open homicide and detectives will continue to work on developments in the case, if possible.

Although no photo was available of Loveless, the sheriff's office has released a composite created from photographs of his relatives and a physical description on his wanted poster.

"Our team is proud to have helped law enforcement with this historic identification as it showcases the power of Othram's forensic sequencing in digitizing and preserving even the most degraded and contaminated evidence, " Othram CEO David Mittelman said in a statement. "We look forward to scaling this approach in the New Year to bring this technology to more unsolved cases."