If we've learned one thing about the Internet, there's no set formula for success when it comes to what videos go viral. Perhaps we're just trying too hard? A simple song sent one Boise girl into the online stratosphere. 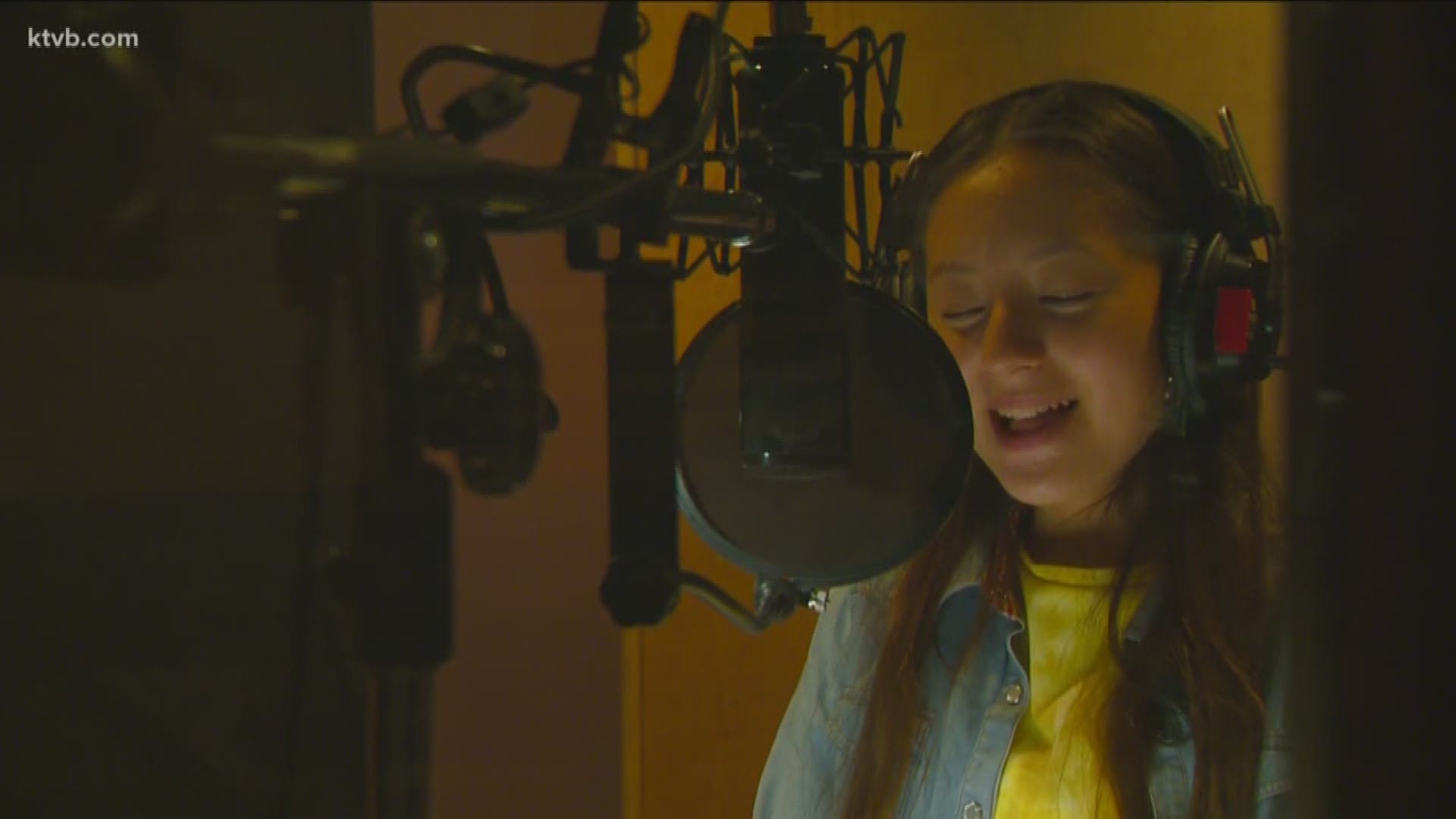 BOISE — "I don't remember my multiplication," laughs Hope Segoine, who, like a lot of kids, is homeschooled.

The 13-year-old spends her mornings on math with her dad and learning Korean with her mom. Sometimes those mornings are broken up when she and her sister, Danielle, break out in song.

"You think I'm crying on my own, well, I ain't," they sing as they harmonize the Justin Bieber song, "Love Yourself" before switching the lyrics to Korean. 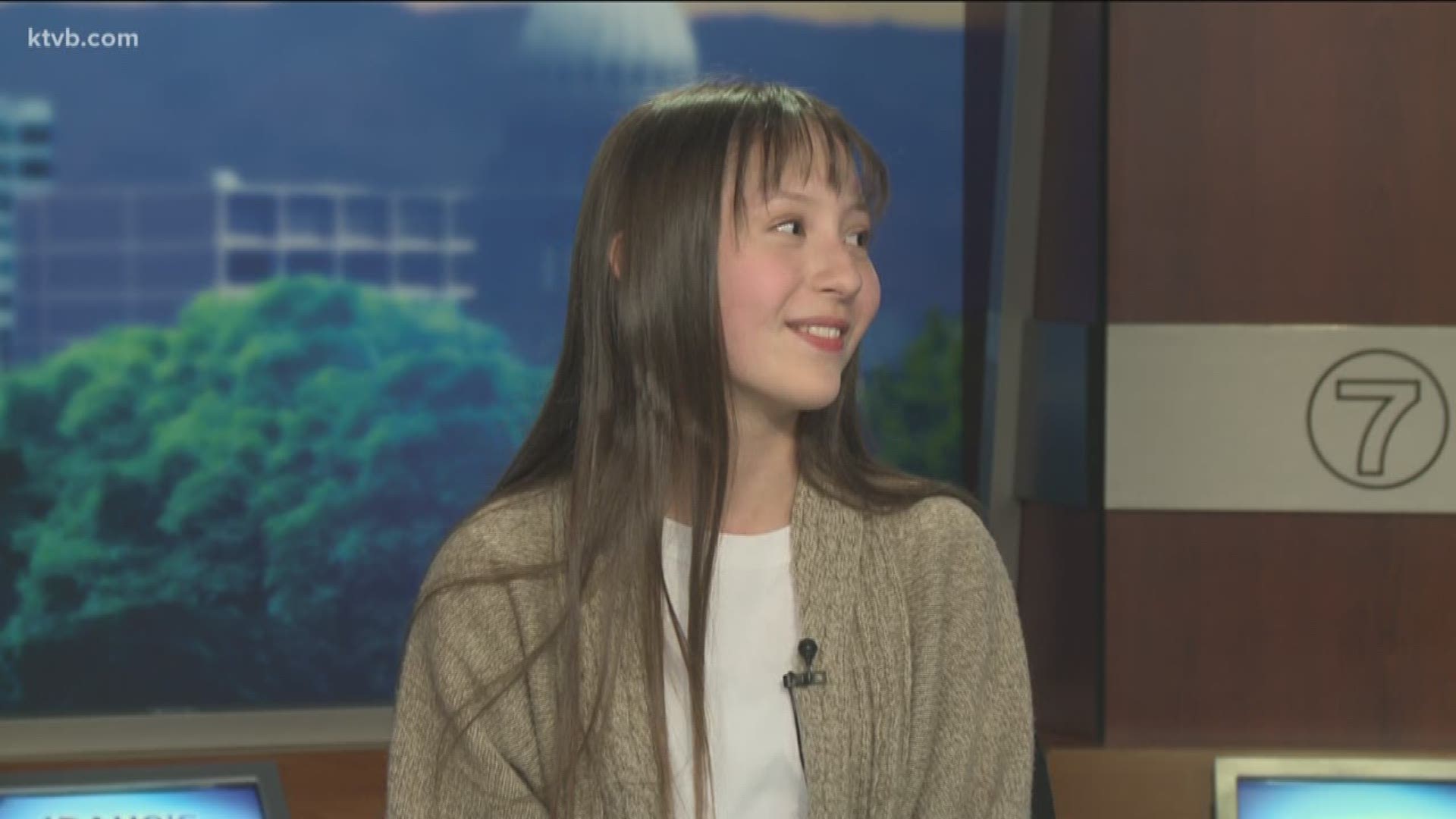 Singing is a talent and interest, that - like a lot of homeschooled kids - will take Hope outside her modest home on the Boise Bench.

But, unlike a lot of other kids, Hope's outside interests take her inside a recording studio. Here she continues a career she started at the age of 6, when acting and singing on Korean television shows became second nature.

After moving to Boise about a year ago, Hope now sings songs sent to her from the PinkFong studios back in Korea. Just simple kids' songs about berries, melons and grapes.

One song about three years ago was just as random, but surprisingly became Hope's claim to fame.

"Like, I sing about a baby shark," says Hope. "That's a little bit weird."

If you don't know it, chances are your young children do: "Baby Shark" featuring the vocal stylings of Hope Segoine.

It's just a song about a shark family.

"And it's just the same thing over and over again," Hope says of the song's simplicity.

But for some reason it sunk its teeth into pop culture.

"I had a little bit of an idea for that particular song that it was an ear worm," admits Gabe Segoine, Hope's father. "I didn't have any idea it was going to go as big as its gone."

The song's soaring popularity began on the Korean peninsula when a boy band named Got7 danced to it on TV.

"That was really cool," says Hope. "That was the first time when somebody, like a celebrity, recognized the 'Baby Shark' song."

From there it actually cracked the top 40 pop charts in the UK.

"But then it came here and then it went giant," explains Danielle, Hope's 17-year-old sister.

Giant to the tune of nearly 2 billion views on YouTube, thanks to other celebrity endorsements.

"I was scrolling through Instagram and Kylie Jenner posted something about it," says Danielle.

All for a simple song about a shark.

"It's just really weird, yeah," Hope admits. "Yeah, a shark went big, like, how? How did a shark go viral?"

A lot of kids want to be YouTube famous, but unlike a lot of kids Hope reached it, kind of, by keeping it simple.

"A lot of people go to bed at night with that song in their head, including me, which I'm sorry for," apologizes her dad. "But that's the kind of song it is."

Hope and her family moved to Boise when her father's faith-based humanitarian mission to North Korea was cut short because of U.S. travel restrictions there.

Hope says she hopes to continue her singing and acting here stateside. But in the meantime, a couple times a month, she will send songs across the Pacific.