"I think one of the beauties of American democracy is that you can have two well-attended rallies with maybe two completely opposite opposing messages," Herring said 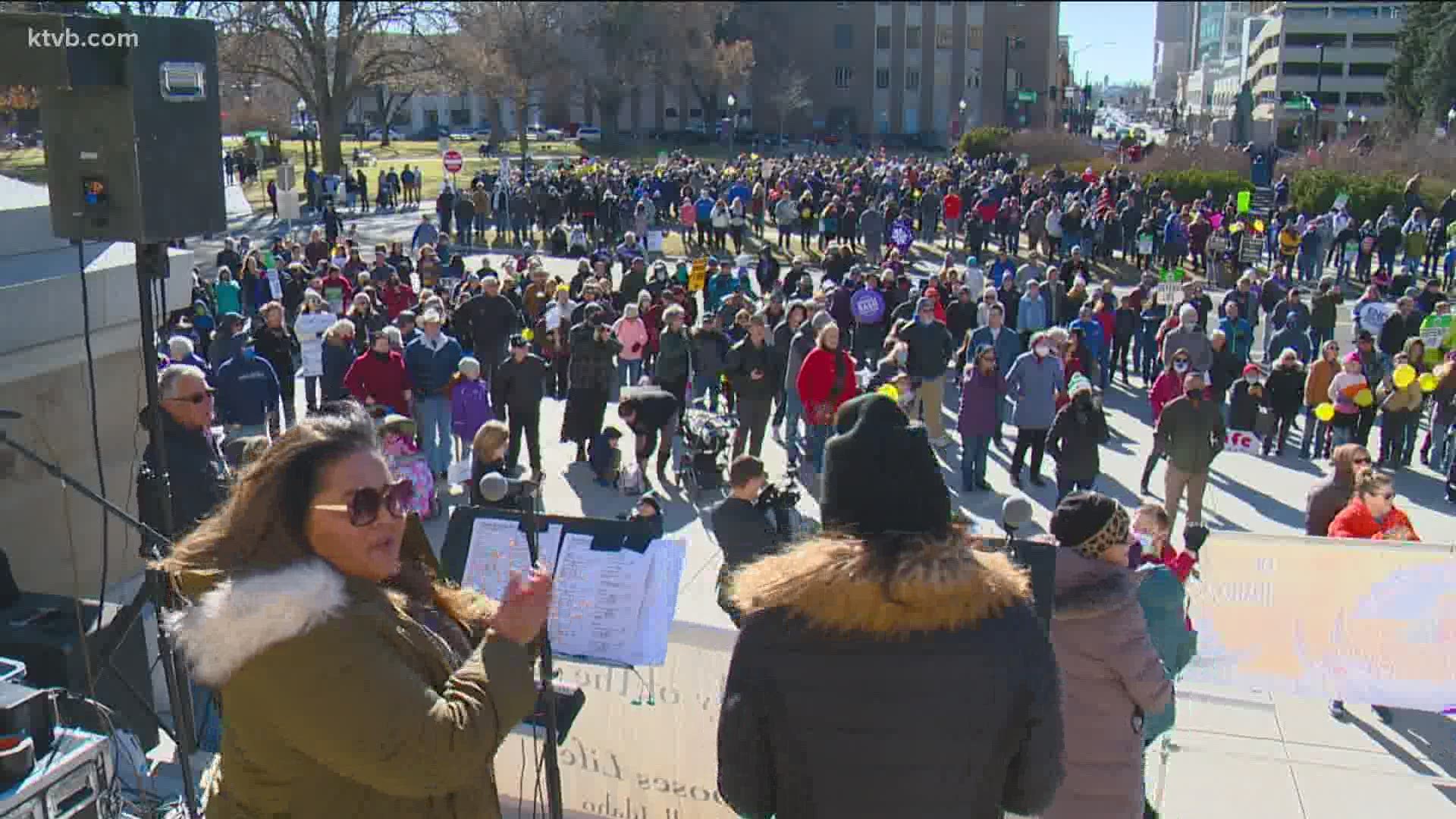 BOISE, Idaho — Two big events took place on Saturday. One virtually and one in-person in Downtown Boise, on Saturday, Jan. 23: The annual Idaho Women's March, which focuses on young women leaders, and the Boise March for Life, which is a pro-life march.

This is the fourth year the Women's March has taken place. In a normal year, attendees would gather at the Statehouse. This year, however, the event was virtual in compliance with COVID-19 safety precautions. Keri Steneck is one of the event organizers, she said this year the stage was given to the next generation of female advocates.

"We work so hard in our careers as women to get to a place at the table and we don't often take this and say, 'Okay what can I do with this? Can I create another seat?' " said Steneck. "'Can I mentor someone else?' That is something that historically we have been lacking I think in women's activism".

Like the Women's March, the March for Life also took place on Saturday, on the weekend of the 48th anniversary of Roe v. Wade, the Supreme Court case the legalized abortion in the United States.

Hundreds marched and rallied in the belief that all life is sacred. Event organizers are opposed to abortion.

The march began at the Gene Harris Bandshell at Julia Davis Park in Boise and continued to the steps of the Idaho Statehouse for the rally for life.

"It was a very hope-filled rally and to let people know that we have to keep persevering because we believe that ultimately life is going to win," said President of Right of Life Idaho Jason Herring. "We care about that child and we care about the impact that abortion will have on that mother down the road".

During the rally, a former refugee from the Congo spoke about his personal struggle for life.

Steneck and Herring both said their events were not intended as a reaction to one another.

"Even if you don't agree, the fact that people still have the right and march for what they believe in, they deserve our respect just as much and we deserve theirs," Steneck said.

"I think one of the beauties of American democracy is that you can have two well-attended rallies with maybe two completely opposite opposing messages," Herring said.