Hundreds have gathered in front of the Idaho Capitol building as Congress prepares to affirm President-elect Joe Biden's victory. 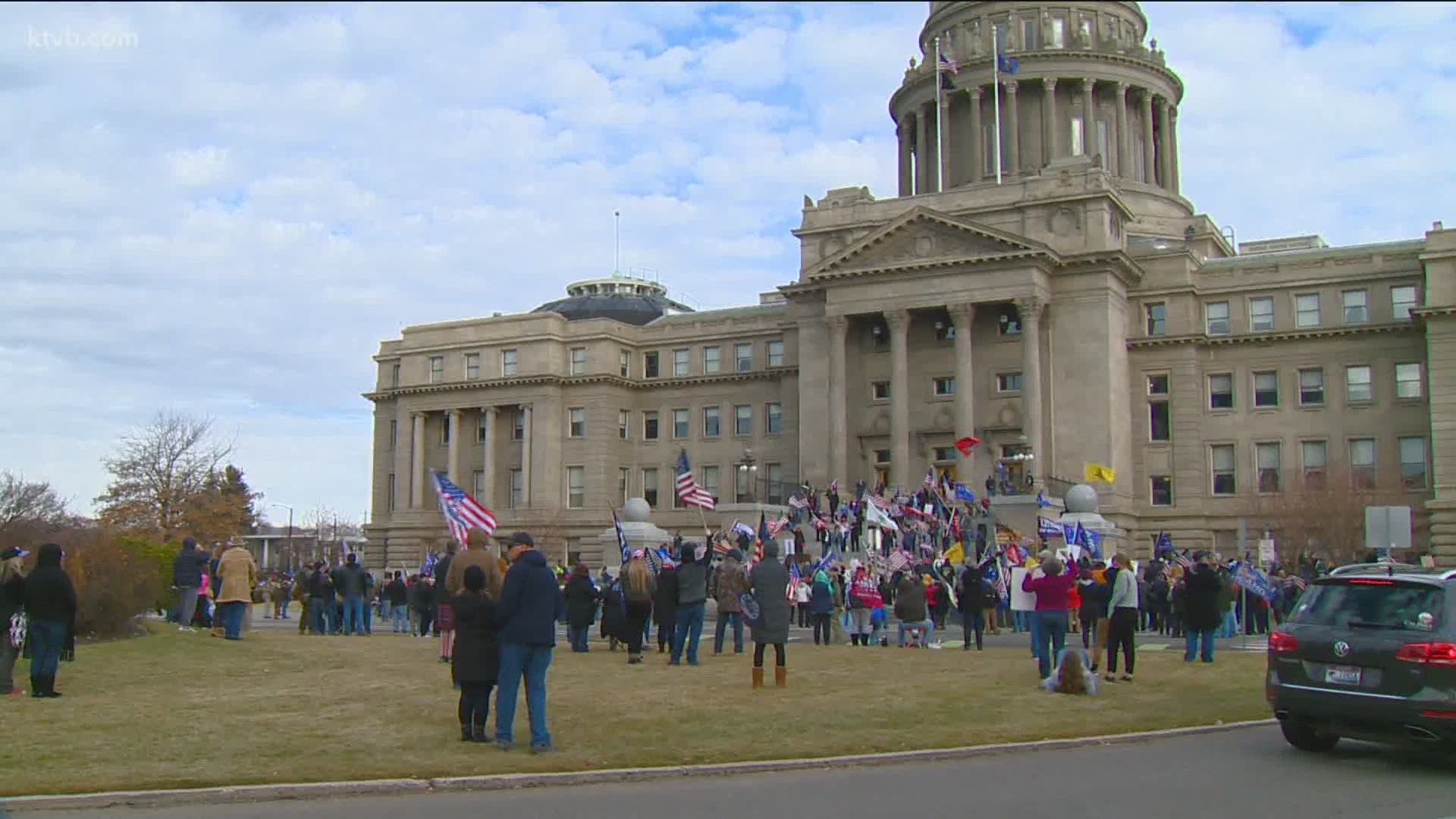 BOISE, Idaho — A crowd of about 200 people gathered at the Idaho Statehouse to show their support for President Donald Trump Wednesday in a rally that remained peaceful in contrast to massive protests on the national stage.

In Washington D.C., protestors breached the Capitol Building, bringing a halt to the session to confirm Joe Biden's win as president of the United States. U.S. senators have been evacuated as U.S. House members are reportedly sheltering in place.

The group in Boise sang, waved flags, danced and listened to Trump's speech live before drifting away from the Statehouse. Only a small group was left by 1 p.m.

The Boise rally is one of many similar rallies across the nation as Congress prepares to affirm President-elect Joe Biden’s victory.

A message went out on the Idaho Liberty Dogs Facebook page urging people to attend today's rally in Boise and bring flags.

The violence at the U.S. Capitol is inexcusable and must stop. In Idaho, we uphold the tenets of the First Amendment, but what we are seeing in D.C. is not peaceful expression. Idahoans stand up for law enforcement and respect the rule of law.

Trump supporters rally in front of the Idaho Capitol

1 / 5
Paul Boehlke/KTVB
A large group of people gathered in front of the Idaho Capitol Wednesday to show their support for President Donald Trump.
Log into Facebook
Log into Facebook to start sharing and connecting with your friends, family, and people you know.