At the ceremony on Friday, tribes from across the Northwest gathered to celebrate the return to their roots. 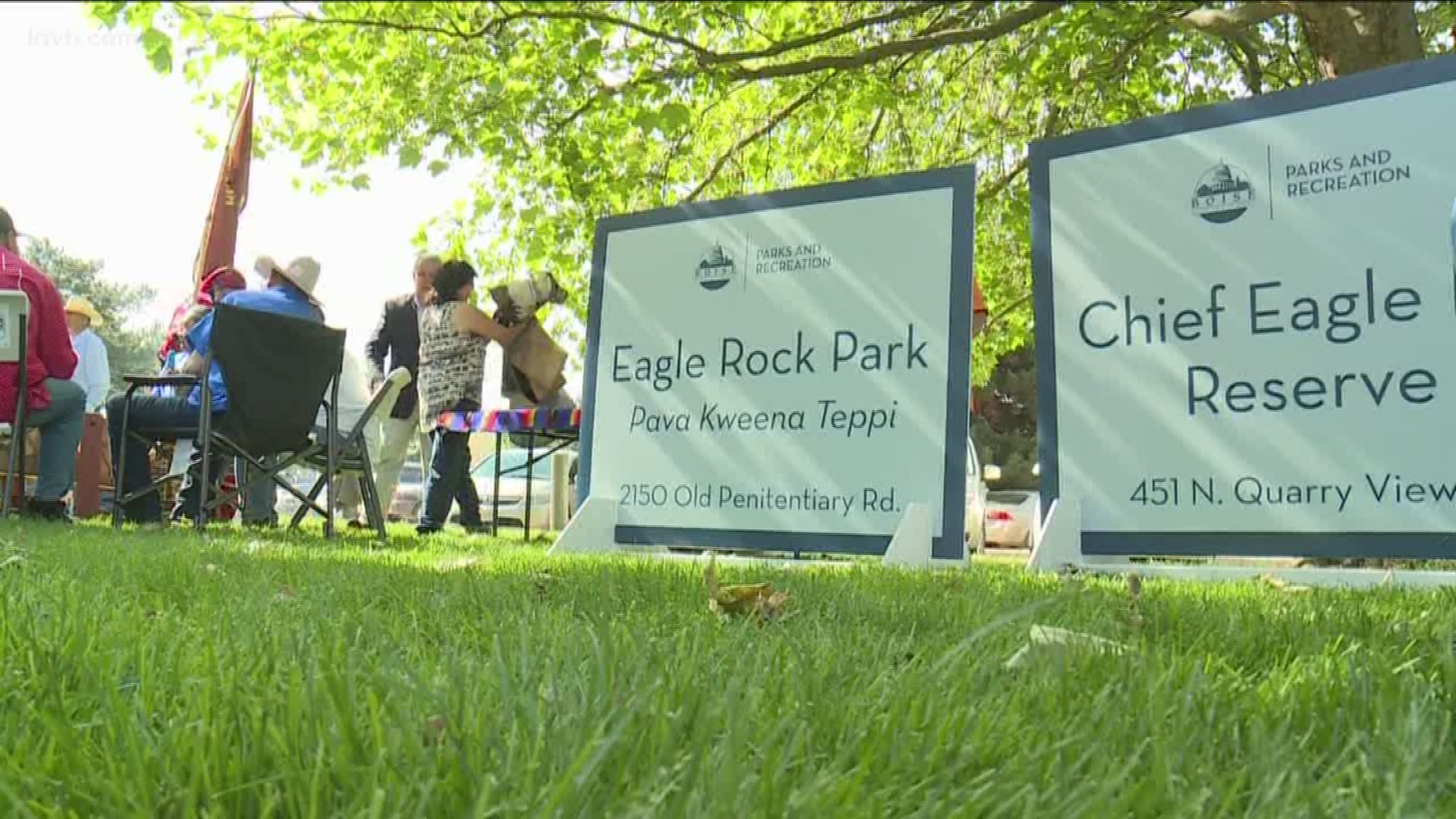 BOISE, Idaho — Two Boise parks were renamed during a dedication ceremony on Friday to honor the Boise Valley indigenous people, who came from several regional tribes.

A member of the Shoshone-Bannock Tribe told KTVB that the ceremony was a small step towards a future goal.

"I believe it is really significant, it's important, and it's a long time coming," Birdwing said. "It's a stepping stone to do more for our people because our eventual goal is to open a cultural center here."

Castle Rock Park was renamed in remembrance to what it was known as to indigenous tribes for years - Eye Rock Park. It was a spiritual place for tribes to offer prayers for ancestors that were buried there.

According to the City Boise, Chief Eagle Eye Reserve is dedicated to Chief Eagle Eye, who refused to move to a reservation and instead chose to live in the Idaho mountains.

Tribes from across the Northwest gathered at the ceremony to celebrate the return to their roots.

Both the park and reserve are located near the Old Idaho Penitentiary and the Idaho Botanical Garden.

The dedication ceremony was part of the annual Return of Boise Valley People gathering.