Mariposa Park is 8 acres of green space, pathways, a pond and includes a dog park. 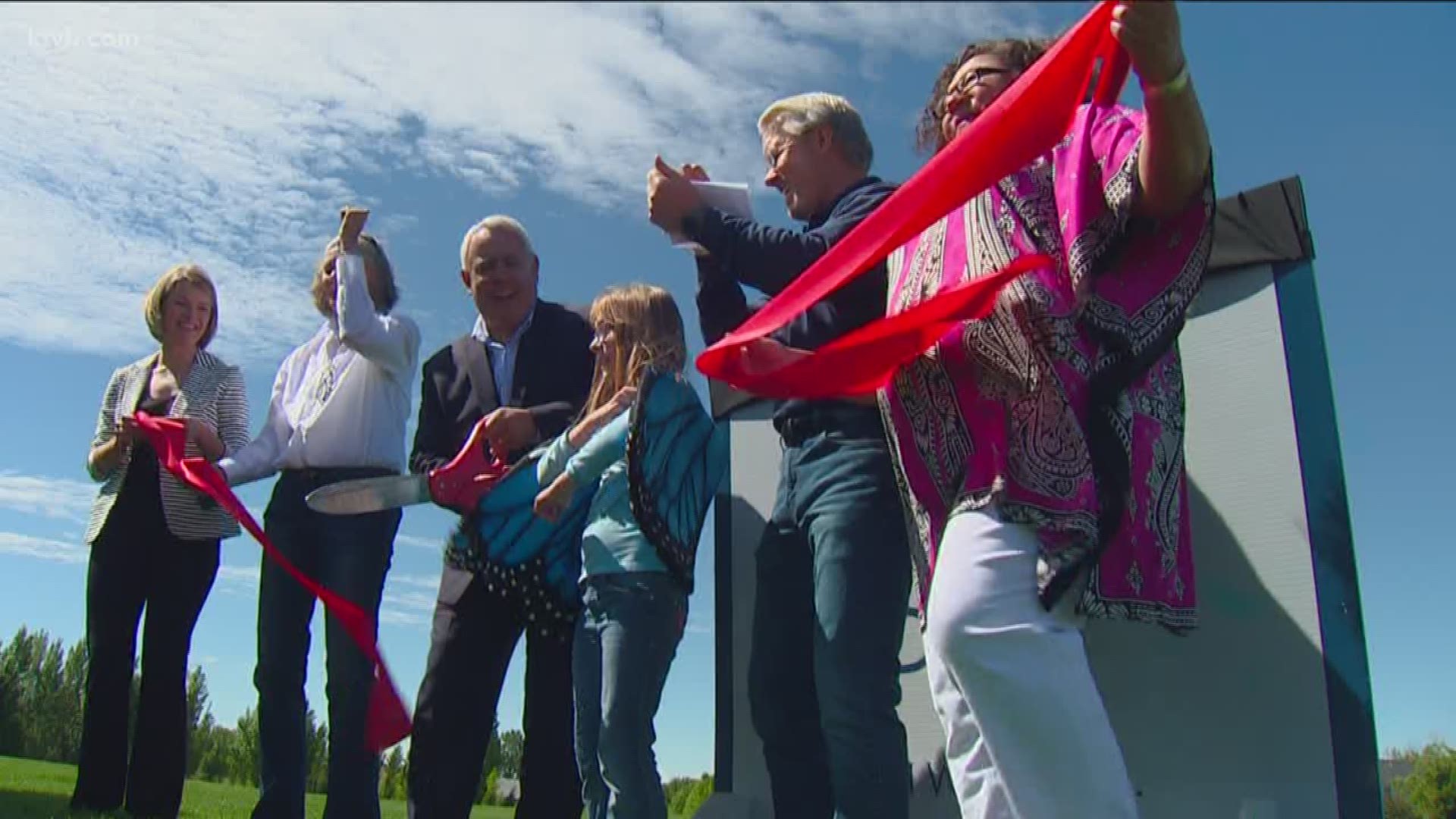 Mariposa Park is located at the corner of Mitchell and Irving streets.

“It’s always a great day when we can dedicate a new park and this is a wonderful addition for our west Boise neighbors,” said Mayor Dave Bieter. “The word mariposa means butterfly in Spanish, and we couldn’t be more pleased to promote kindness and inclusivity in this beautiful space.”

Bieter says Boise Parks and Recreation put a call out to students who participate in some of the city's recreation programs.

Credit: Richard Telles/KTVB
Mariposa Park features lots of open space, has more than 130 trees and a fully-stocked pond for fishing.

Bieter says some wanted to name the park after themselves, but after sifting through nearly 90 entries, it was fourth grader Riley Fuller's idea that stuck.

"She came up with butterfly," he said.

"I choose butterfly because they're really hard to find," said Riley Fuller, a fourth grader at Whitney Elementary School. Riley attended Friday’s dedication ceremony and helped the mayor cut to ribbon to officially open the park.

The park will feature a pollinator garden to attract butterflies and will provide educational opportunities for visitors to learn more about the city’s Parks, Monarchs and Milkweeds program.

“We are excited to build on Riley’s butterfly theme as we enhance this new park,” said Boise Parks and Recreation Director Doug Holloway. “While the green-up phase has been completed, there are plans to add more amenities in future years including a picnic shelter, playground and more when additional funding is available.”

Mariposa Park sits on the former site of Sterling Nursery, which Boise purchased from the Sterling family in 2004.