While state offices will be closed Friday, the mayors of Idaho's three largest cities say they're putting Juneteenth on their holiday schedules starting in 2022. 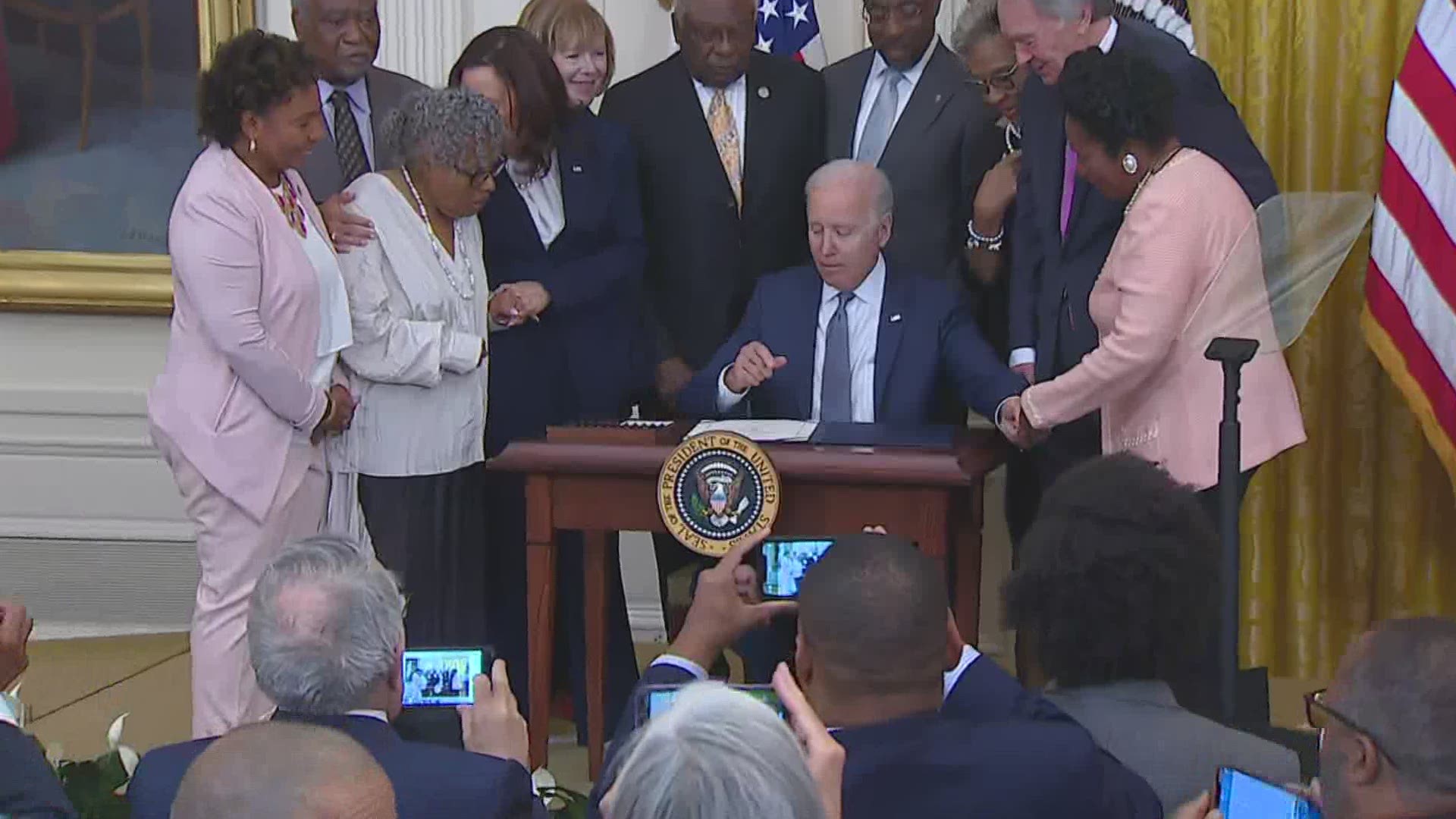 BOISE, Idaho — This Friday will be the first observance of Juneteenth as an official federal holiday, which President Joe Biden signed into law on Thursday, after near-unanimous approval in Congress. Idaho's governor and at least three mayors have issued statements recognizing the holiday and outlining plans for government operations in response to it.

The holiday - formally titled Juneteenth National Independence Day - commemorates the moment on June 19, 1865, when Major General Gordon Granger arrived in Galveston, Texas, and announced the end of the Civil War and the end of slavery. Although the Emancipation Proclamation came more than two years earlier, many slave owners continued to hold their slaves captive after the announcement, so Juneteenth has become a symbolic date representing African American freedom.

The federal holiday will be observed each year on June 19 - or the Monday or Friday nearest to that date in the event that June 19 occurs on a Saturday or Sunday.

In a proclamation issued Thursday, Idaho Gov. Brad Little recognized Juneteenth as a state holiday under Idaho code, and said state offices will be closed on Friday.

However, he said, the governor's office will remain "open and available to assist agencies and members of the public."

Juneteenth marks the celebration of not just a moment in the past but also a renewed shared commitment to uniting as Americans to ensure equality and opportunity are a reality for all Americans, in the present and the future. https://t.co/oyXTN3vxSC

The mayors of Boise, Meridian and Nampa have also issued statements recognizing the holiday, but due to short notice, they say city facilities and offices will remain open this year.

"The City of Boise will recognize the new holiday to reflect on our history and move our city forward," Boise Mayor Lauren McLean said. "Moving forward, beginning in 2022, we will recognize Juneteenth as we do other federal holidays by closing city facilities so employees can observe the holiday."

Meridian Mayor Robert Simison said, "as a City we look forward to honoring and incorporating this holiday into the City's future operations."

Nampa Mayor Debbie Kling said, "I encourage everyone to reflect on the significance of our country's journey to live up to our founding ideals, that all humans are created in the image of God and possess dignity and freedom as a natural, God-given right."

A statement from Kling's office also says she will work with Nampa City Council on a formal proposal for adding Juneteenth to the city's employee handbook in 2022.

All four members of Idaho's congressional delegation supported the legislation to make Juneteenth a national holiday. Rep. Mike Simpson and Rep. Russ Fulcher were among the 415 members of the U.S. House to vote for the bill on Wednesday, after the U.S. Senate approved it by unanimous consent.