Four brothers, two popular bands and a singular passion for the state they call home. 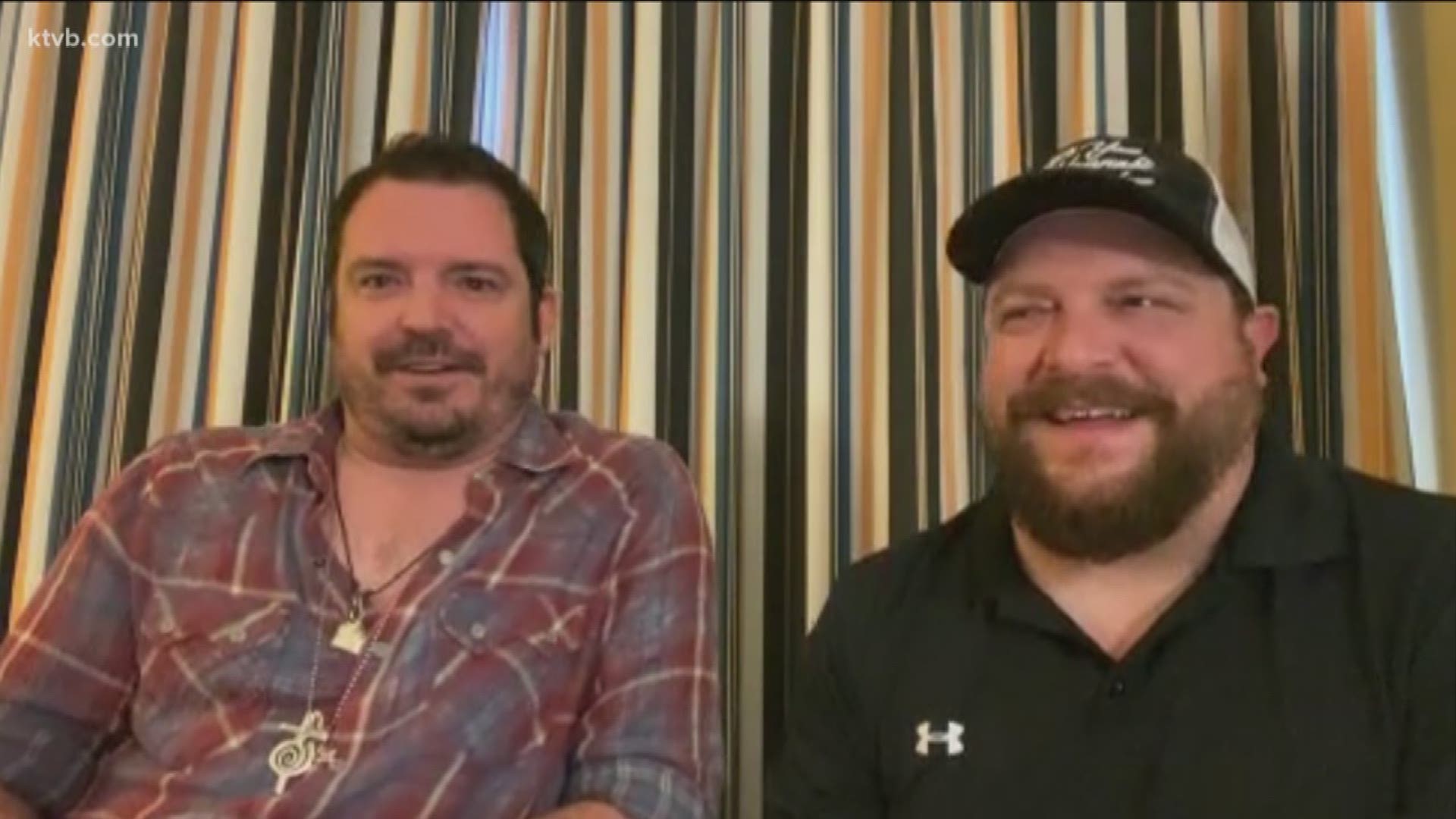 Willy and Cody Braun are two of the brothers of the third generation of Braun musicians and are now in their third decade with the Grammy-winning band Reckless Kelly.

The country-rock high-powered Texas-based band will be making a homecoming stop on their nationwide tour to promote their newly-released live album, "Bulletproof Live." They'll play the Revolution Concert House in Boise on Friday.

The brothers chuckled when asked what it’s like being born into a career in music.

"I don’t like to say we didn’t have a choice, but it was definitely pretty much laid out," said Reckless Kelly frontman Willy Braun.

Despite growing up in the mountains of Stanley, Idaho without a television, there was plenty to do for brothers Cody, Willy, Micky and Gary.

Idaho's outdoors was their playground and Idaho music was their passion.

All four boys started playing at a young age with their dad, Muzzie, and his band, taking to the road for shows all over the state and the West.

RELATED: 'It could probably handle one big stadium show a year': After Garth Brooks' success, could we see more major concerts at Albertsons Stadium?

Twice they appeared on the Tonight Show with Johnny Carson after a talent scout spotted them at a performance in Nevada.

Austin, Texas is now home to Willy and Cody, as well as their younger brothers Micky and Gary, who formed the popular alt-country band Micky and the Motorcars back in 2002.

But their favorite place in the world is and will always be the Sawtooth Mountains of Idaho.

"We love getting back to the mountains," Cody said. “We do some fishing and hiking and momma's cooking, for me, is worth the trip alone right there."

The Braun Brothers Reunion Festival has been a summer staple in Challis, Idaho for nearly 40 years - a chance to bring the entire family of musicians together for a festival unlike any other in Idaho.

"It’s a great homecoming every year in August and since we up here a few times a year, the reunion in Challis is a great way for the whole family and our friends in the music business to play in the most beautiful place in the world and in our hometown’s backyard," Willy said with a smile.

Reckless Kelly has played over 3,000 shows in 49 states and logged over 1.5 million miles over the past two decades.

But the vibe changes when they come home for a show.

"Its sort of like going to your high school reunion where you want everyone to think you’re a big deal so you’ve got to bring out your A-game," Willy said.

The Brauns are huge baseball fans and on their next studio record to be released in the spring, Cody and dad Muzzie co-wrote "42" as a tip of the cap to Jackie Robinson, the man credited with breaking the color barrier in major league baseball.

"We have always loved baseball, it’s the sport of the family and for our band and our brothers' band, Micky and the Motorcars. We get to do the national anthem occasionally at a major league park and its one of our goals to sing the anthem at every ball park."

The Braun brothers are carrying on with a family tradition that began nearly a century ago in Idaho, and they're not ready for that road to end anytime soon.

Cody agreed: "I feel like the band is just hitting its stride even though we've been doing for a long time. So, I feel like we're just getting into our prime."

Reckless Kelly will perform at the Revolution Concert House in Boise on Friday, Nov. 8 at 8 p.m.

RELATED: Cher to perform at the Idaho Center in Nampa