What's the difference between meteorological and astronomical summer?

KTVB meteorologist Bri Eggers says June first marks the start of the three warmest and driest months of the year. 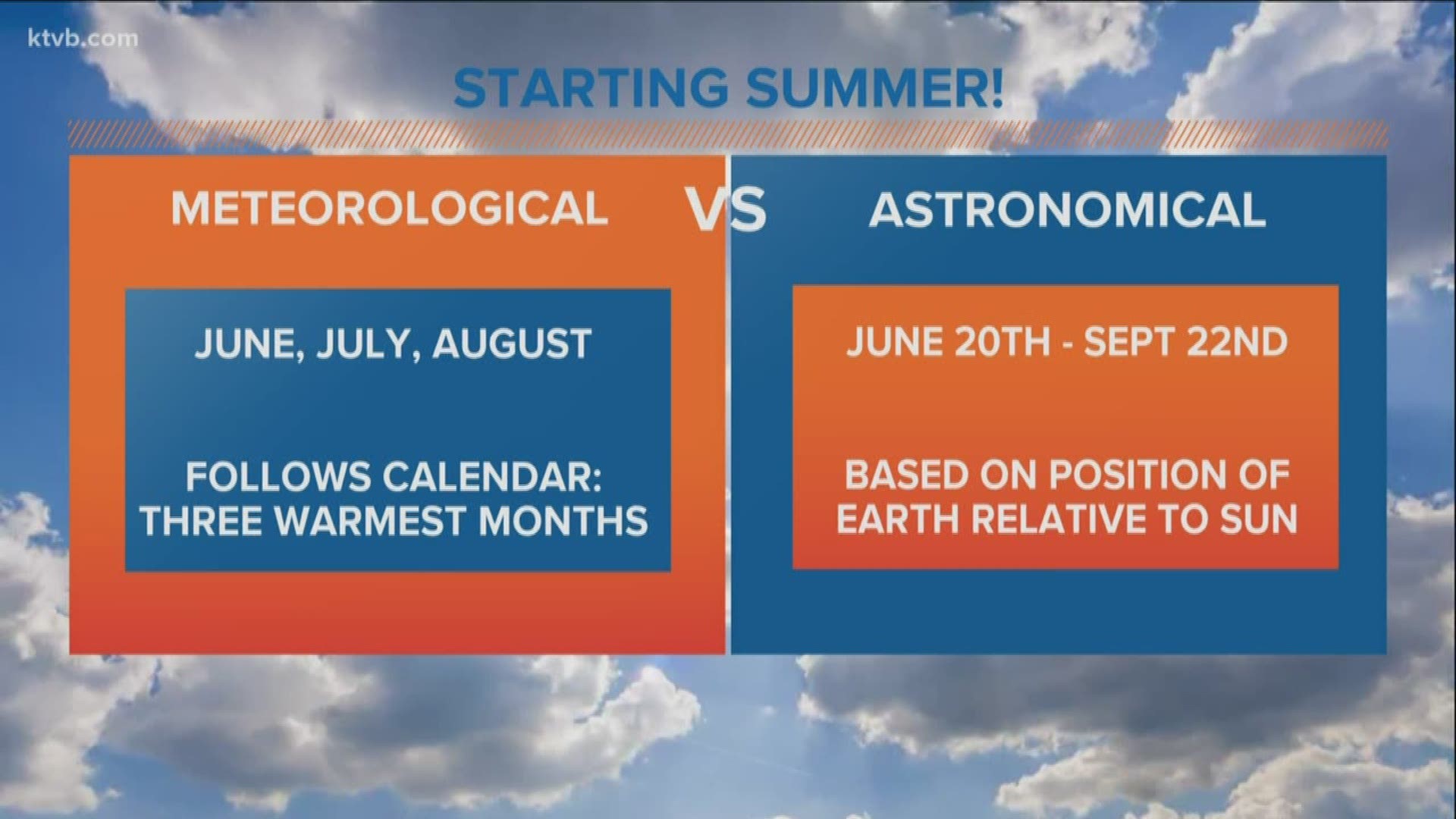 BOISE, Idaho — The first day of June marks the beginning of a new month and a new season.

It is the start of meteorological summer: the three warmest, and typically driest months of the year: June, July and August.

The summer solstice isn't until June 20th, but this week's forecast looks more like summer than spring after Monday.

So what is the difference between "meteorological" and "astronomical" summer? Well, meteorological seasons cover three-month blocks through the year. This makes it easier for tracking average temperatures and precipitation for record-keeping.

Astronomical seasons, on the other hand, will follow the Earth's position relative to the Sun. The summer solstice marks the point at which the most direct sun is over the Tropic of Cancer, 23.5 degrees north of the Equator. This is also the "longest day of the year," as far as daylight hours are concerned.

RELATED: Sunshine and warming through Friday, before a big weekend cool-down