Storm Dennis explodes into 'bomb cyclone' as it roars toward UK, northern Europe

Storm Dennis will bring dangerous winds and flooding to the hard-hit United Kingdom and northern Europe this weekend. 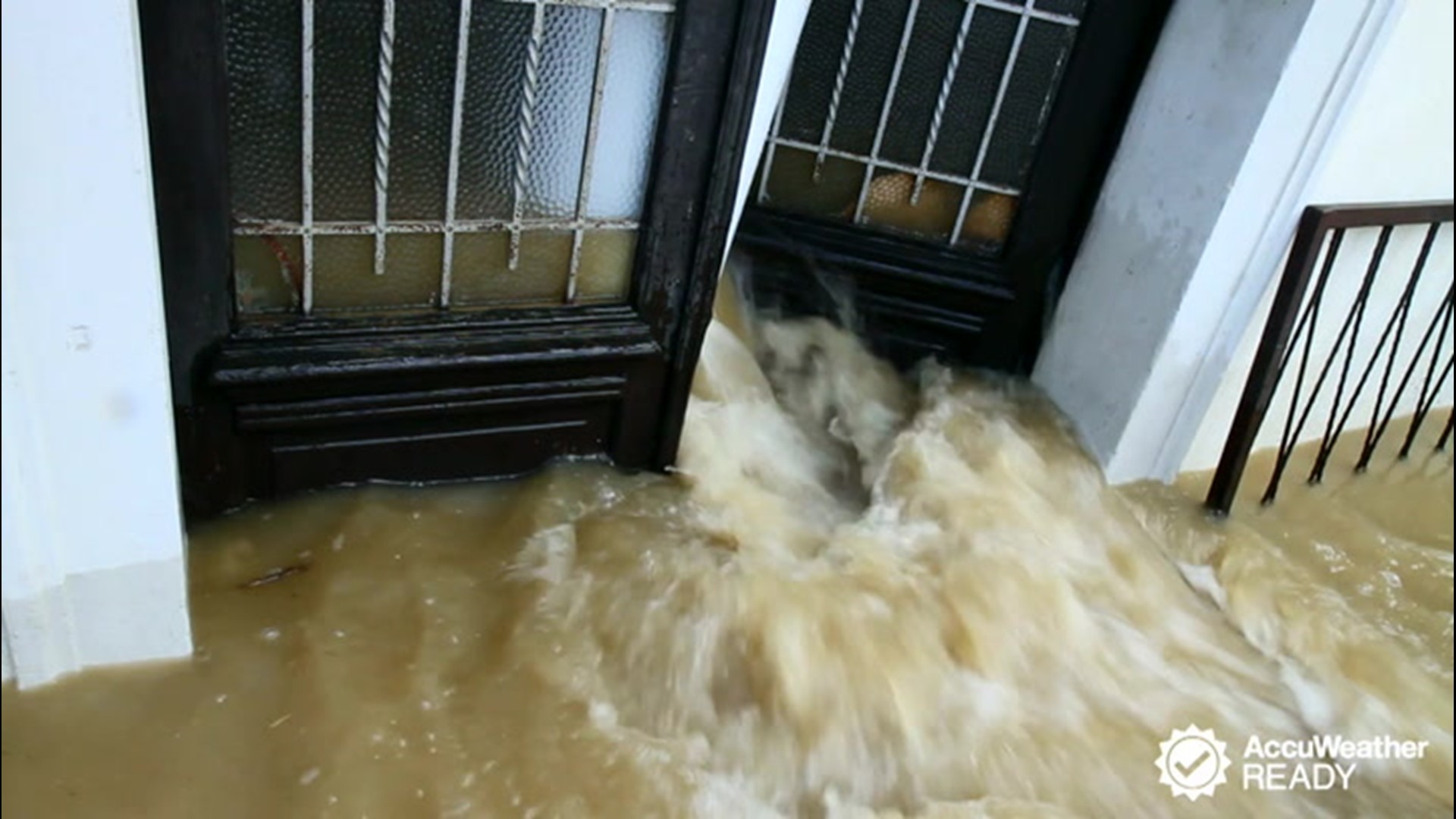 Becoming the fourth-named windstorm of the season by collaboration of Ireland, the United Kingdom and Netherlands, Dennis was officially named by the UK Met Office on Tuesday. Windstorm season in Europe traditionally runs from September through the end of April.

This incredible drop in pressure is almost two times greater than what is needed to be considered a ‘bomb cyclone,' which is defined by meteorologists as a pressure drop of 0.71 of an inch of mercury (24 mb) over a 24-hour period.

Further strengthening may put Dennis in the running for being one of the most intense North Atlantic storms on record, as defined by how low the central pressure of the storm gets. The top-five most intense storms all recorded a pressure of 27 inches of mercury (925.5 mb) or lower.

Despite the fact that the center of Dennis will likely remain near Iceland over the the coming days, towering waves are expected across the Northern Atlantic Ocean Friday and through the weekend.

"Waves as high as 12-15 meters (40-50 feet) are possible west of the British Isles and south of Ireland as Dennis moves through the region this weekend," said AccuWeather Senior Meteorologist Brett Anderson. Ships passing through the area should be aware of the storm's track as waves of these heights can be quite dangerous.

These larger waves will even affect the western shores of the British Isles ahead of Dennis' arrival on Saturday. The waves will likely cause coastal flooding and erosion ahead of and through the duration of the storm in western parts of Ireland, Northern Ireland and Scotland.

Ireland and the United Kingdom will be the first to feel the wrath of Storm Dennis on land.

Following breezy conditions on Friday, wind and rain will increase from western Ireland to South West England and Wales early in the morning on Saturday.

"South-southwesterly wind gusts of 80-96 km/h (50-60 mph) are possible across most of Ireland and the United Kingdom as early as Saturday afternoon and may continue in spurts through the day on Sunday," said AccuWeather Meteorologist Tony Zartman.

This includes major metropolitan areas of London, Manchester and Birmingham in the U.K. as well as Dublin, Ireland.

The strongest winds, which can reach speeds over 100 km/h (62 mph), will likely be reserved for the southwest-facing coasts and the highest elevations of Ireland, Wales and southern England.

The intensity of Dennis has prompted the UK Met Office to issue yellow warnings for wind much of the country through the weekend and into Monday for Northern Ireland and Scotland. After Ciara barreled through the same area less than a week ago, more gusty winds and rain could lead to another dose of power cuts and major travel disruptions.

Diverted or cancelled flights into and out of the United Kingdom area are possible due to the strong winds. Higher-profile vehicles may also have difficulty traveling at higher speeds.

Given the already saturated soil and trees that may already be weakened, additional tree damage and subsequent power cuts are likely, even with less potent wind gusts.

The strongest winds will spread eastward for the second half of the weekend, taking many of the same effects with it through northern Europe.

Increasing winds will be noticeable from northern France through Belgium, the Netherlands and Germany to southern Scandinavia late Saturday, but the strongest winds in these areas will likely hold off until Sunday.

Once again, the windward-facing coasts will have the highest likelihood of experiencing the strongest wind gusts, on the order of 96-112 km/h (60-70 mph).

In addition to the wind, soaking rainfall will accompany Dennis. Widespread rainfall amounts of 12-25 mm (0.5-1 inch) will be possible from the British Isles and northern France to southern Finland. "The highest rainfall totals will likely concentrate across Scotland, Wales, Denmark and Norway, which is typical with a windstorm taking this track," added Zartman.

Even after the core of Dennis has moved on, windy conditions are likely to persist from the Atlantic Coast of France to the Baltic Sea. This could impede power companies and residents alike from having good clean-up weather following the storm.

Cooler air will also follow the storm, increasing the chances of any showery precipitation in higher elevations to fall as snow.