The truck vs. pedestrian crash happened just before 8 p.m. Friday. 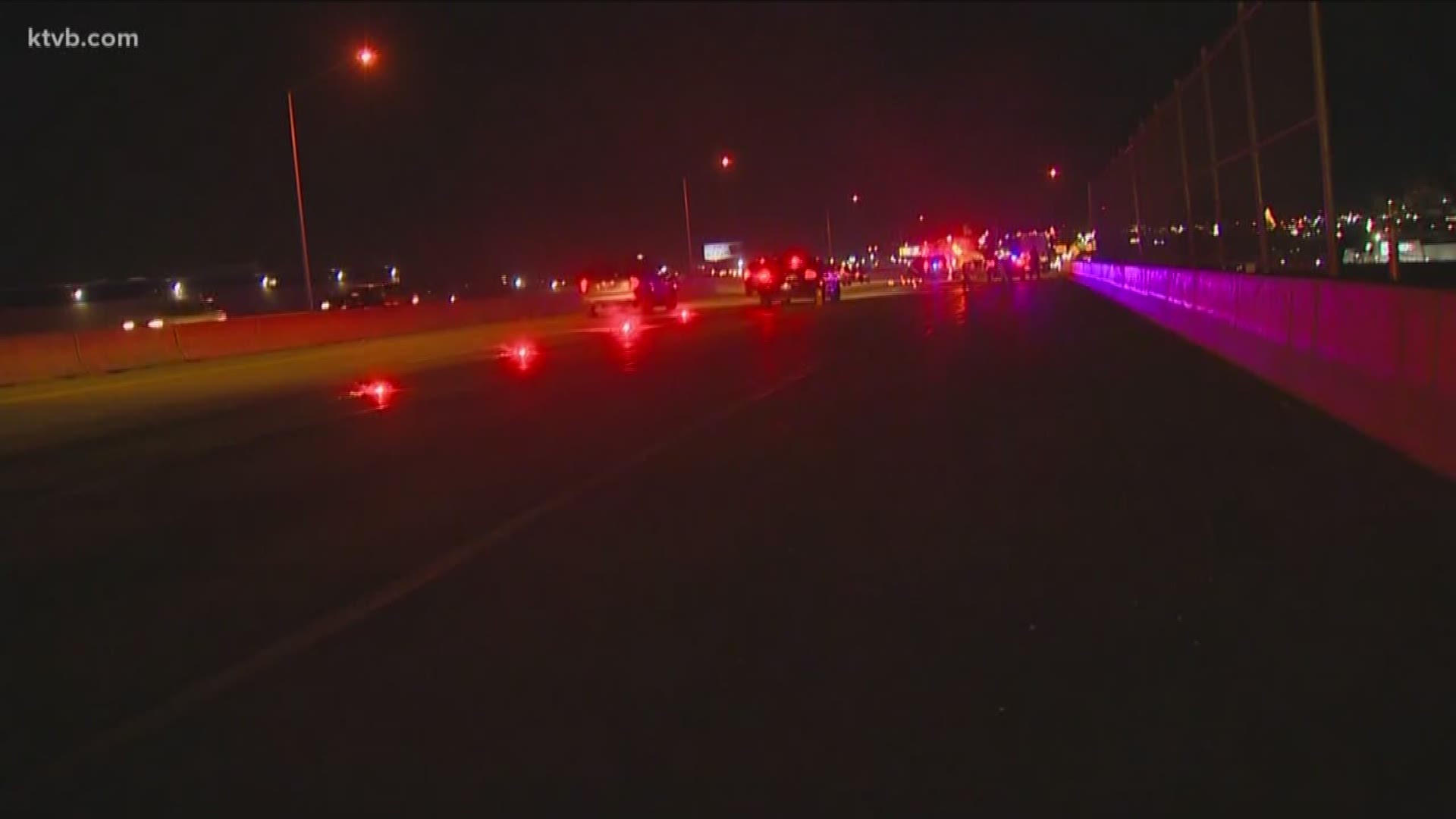 A juvenile pedestrian died Friday night after being hit by a truck while trying to cross Interstate 84 in Nampa, Idaho State Police said.

The crash happened at around 7:54 p.m. just east of the Franklin Boulevard exit.

ISP said the juvenile - whose name hasn't been released - was trying to walk across the interstate from right to left and was hit by a 2018 Freightliner commercial truck driven by Victor Garringer, 50, of Emmett.

The juvenile died at the scene of the crash.

The crash blocked all three westbound lanes for about two hours Friday night.