The wreck happened at about noon near Substation Road. 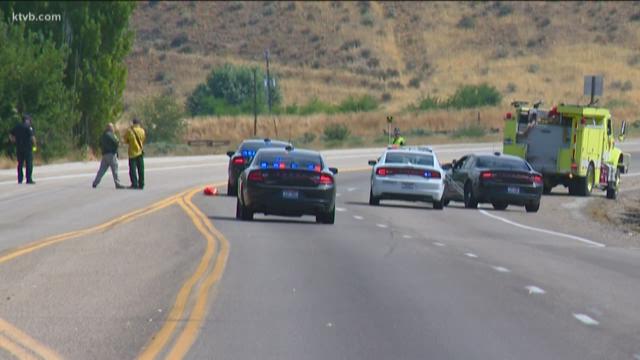 EMMETT, Idaho — A woman with the Idaho National Guard died on Friday after a rollover crash that blocked Highway 16 Friday.

The wreck happened at about noon near Substation Road.

Police say 20-year-old Inara Nabinger-Villarin of Emmett was driving north in a Buick Skylark when she drove off the right side of the road.

The driver overcorrected and the Buick rolled, landing in the road.

Nabinger-Villarin died at the scene. She had not been wearing a seatbelt, police say.

The highway was blocked for about two hours. Highway 16 reopened in both directions at about 2 p.m.

At about 9 p.m., the Idaho National Guard posted on Facebook that Nabinger-Vallarin served in the 116th Cavalry Brigade Combat Team.