The machines from Wilkinson Baking Company make fresh loaves of bread in full view of customers. 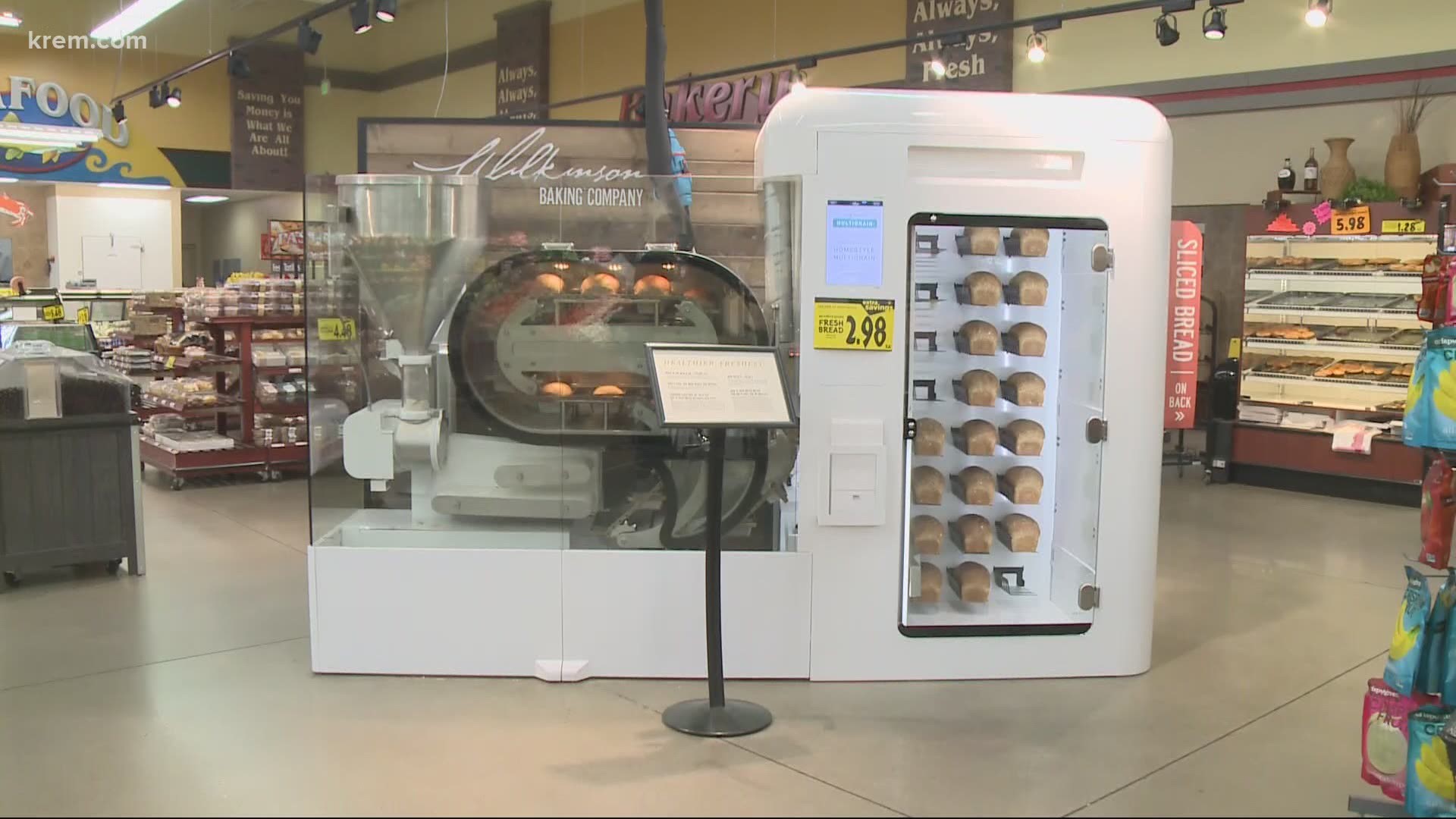 To the thinkers at the Wilkinson Baking Company, their miniature and fully automated bread bakery will hopefully be the way of the future for grocery stores.

Dubbed the "Breadbot," the device bakes loaves of bread from start to finish essentially on its own. Ingredients are pre-loaded into a hopper and then drawn into the Breadbot's baking chamber automatically. Eventually, the finished bread slowly travels on a short conveyor belt to a robotic arm that then places loaves in a cooling and display chamber.

"The Breadbot is the first time that bread has been made in a fully automated way from start to finish," said Wilkinson Baking CEO Randall Wilkinson on Friday.

The company, which is based in both Coeur d'Alene and Walla Walla, recently debuted two Breadbot machines at Super One grocery stores in Sandpoint and Coeur d'Alene.

RELATED: Those spiders in your house are looking for love in the Northwest

After spending decades in research and development phases, Wilkinson said that the Breadbot is now starting to enter production.

The devices, which measure ten feet by four-and-a-half feet, were designed specifically for grocery stores, according to the company. Wilkinson said that the Breadbot gives customers a fresher alternative to most brands of pre-sliced bread found on supermarket shelves.

"People can actually take bread home that is just out of the oven," he explained.

A description on the company's website states that the Breadbot "allows customers to know exactly where, when, and how, their bread was made."

The Breadbot is currently capable of producing 10 loaves an hour. Wilkinson said that the company is currently making two types of bread with more varieties in the works.

Currently, grocery store employees retrieve and bag fresh loaves of bread from the Breadbot when ready. The machine was designed, Wilkinson explained, to allow customers to bag bread on their own with the Breadbot acting in part like a vending machine. Due to the COVID-19 pandemic, however, the company temporarily isn't using the device's self-serve feature.

"Anyone who enjoys good, fresh bread is going to love the bread from here," he said. "What it's doing is providing the shopper with a fresher alternative."

Wilkinson said that the device received international attention after being shown at the 2019 event of the popular Consumer Electronics Show in Las Vegas as well.

"It's so much fun when you finally bring it out and people are loving it," said Wilkinson.

Wilkinson added that the company's plan is to add additional Breadbot machines to other Super One stores and will likely send machines to Montana.