The couple, who met at a Boise State game, had a fitting way of finding out the gender of their child. 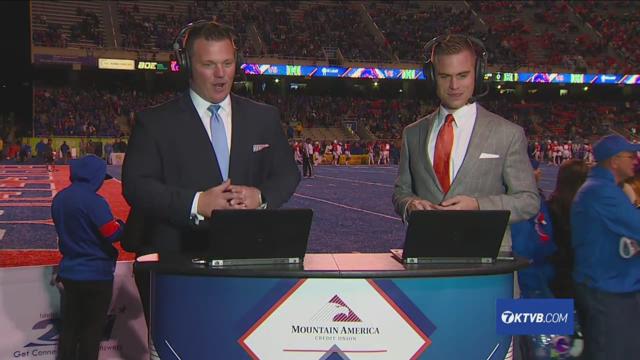 BOISE, Idaho — Before the No. 14 Boise State Broncos beat the Hawai'i Rainbow Warriors 59-37 on Saturday night, one couple threw a gender reveal party while tailgating outside of Albertsons Stadium.

The young couple, Jessica and Zach Pankratz, had their gender reveal just before kickoff and KTVB was there as they found out the gender of their child.

They told KTVB that Zach, who attended Boise State University, caught his first glimpse of Jessica during a Broncos football game.

The couple then had their wedding at the Stueckle Sky Center at Albertsons Stadium, which made having their gender reveal party at a Boise State game fitting.

For the reveal, Jessica handed Zach a football to punt. When he kicked it, blue powder and confetti exploded into the air.

No word on which Boise State football player the couple will name their child after but Jay Tust and Will Hall suggested Kellen or Leighton during the Bronco Roundup Gameday Show.

RELATED: Boise State stays at No. 14 in AP Top 25 Poll, moves up in Coaches Poll after beating Hawai'i