The Broncos have posted 23 consecutive winning seasons, the longest active streak in the Group of 5. 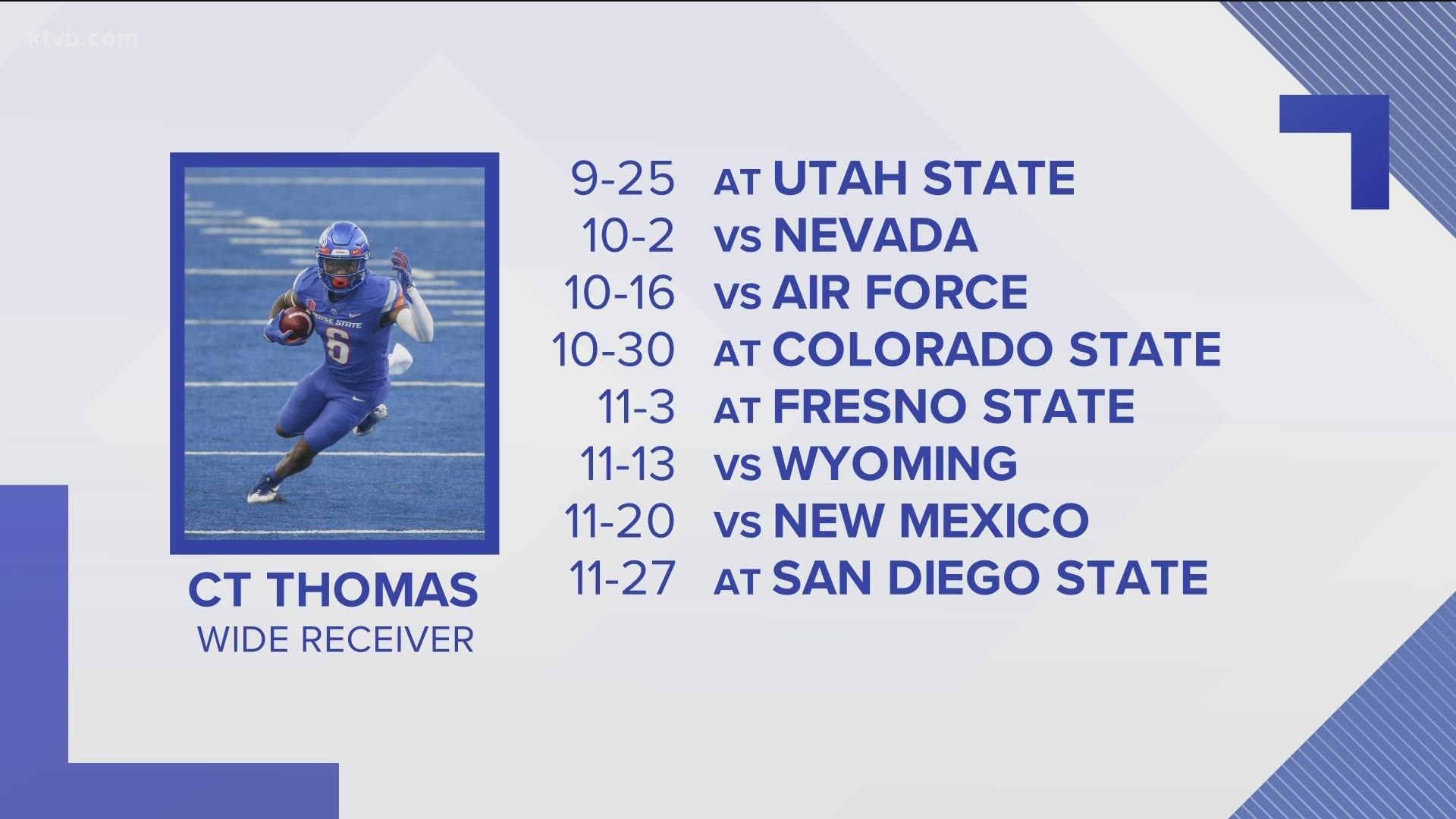 BOISE, Idaho — The 2021 Boise State football schedule was announced on Friday, as the Mountain West officially revealed their full slate of conference games.

The matchup between the Broncos and Aztecs seems most notable. The cross-divisional rivals will wrap up the regular season against each other on Nov. 27, in San Diego. The two perennial powers have played in multiple MW Championships, and if both win their respective decisions this season, it would potentially set up a rematch for the conference title just one week later.

Whether it be basketball or football, the Mountain West has been rather intentional about how they schedule #BoiseState and #SDSU.

The two were scheduled to wrap up hoops season versus each other last week, and now they'll do the same in football next fall.

The MW Football Championship is scheduled to kickoff on Dec. 4. The site is yet to be determined.

Boise State has appeared in four straight conference championship games, tied with Ohio State for the third-longest active streak in the FBS. Only Clemson (six) and Oklahoma (five) have longer active streaks.

In addition to their conference schedule, the Broncos will also tackle one of the toughest non-conference schedules in program history, opening up the 2021 campaign at UCF before traveling back to Boise to host UTEP and Oklahoma State in consecutive weeks.

Boise State will play a pair of MW games before finishing out their non-conference schedule at BYU in early October.

While the order of games is set, the date is subject to change when the television broadcast schedule is released later this year. That is also when specific kickoff times will be established.

• The non-conference schedule, as we've known, is no joke this year.

• An October stretch of vs #Nevada, at #BYU and vs #AirForce won't be easy.

• Good news? They get a bye, which falls directly in the middle of the season, right after the matchup with AF.