With less than 10 seconds on the clock, the Boise State defense sacked true freshman quarterback Zach Wilson near the goal line as time expired to give the Broncos a 21-16 win over the Cougars. 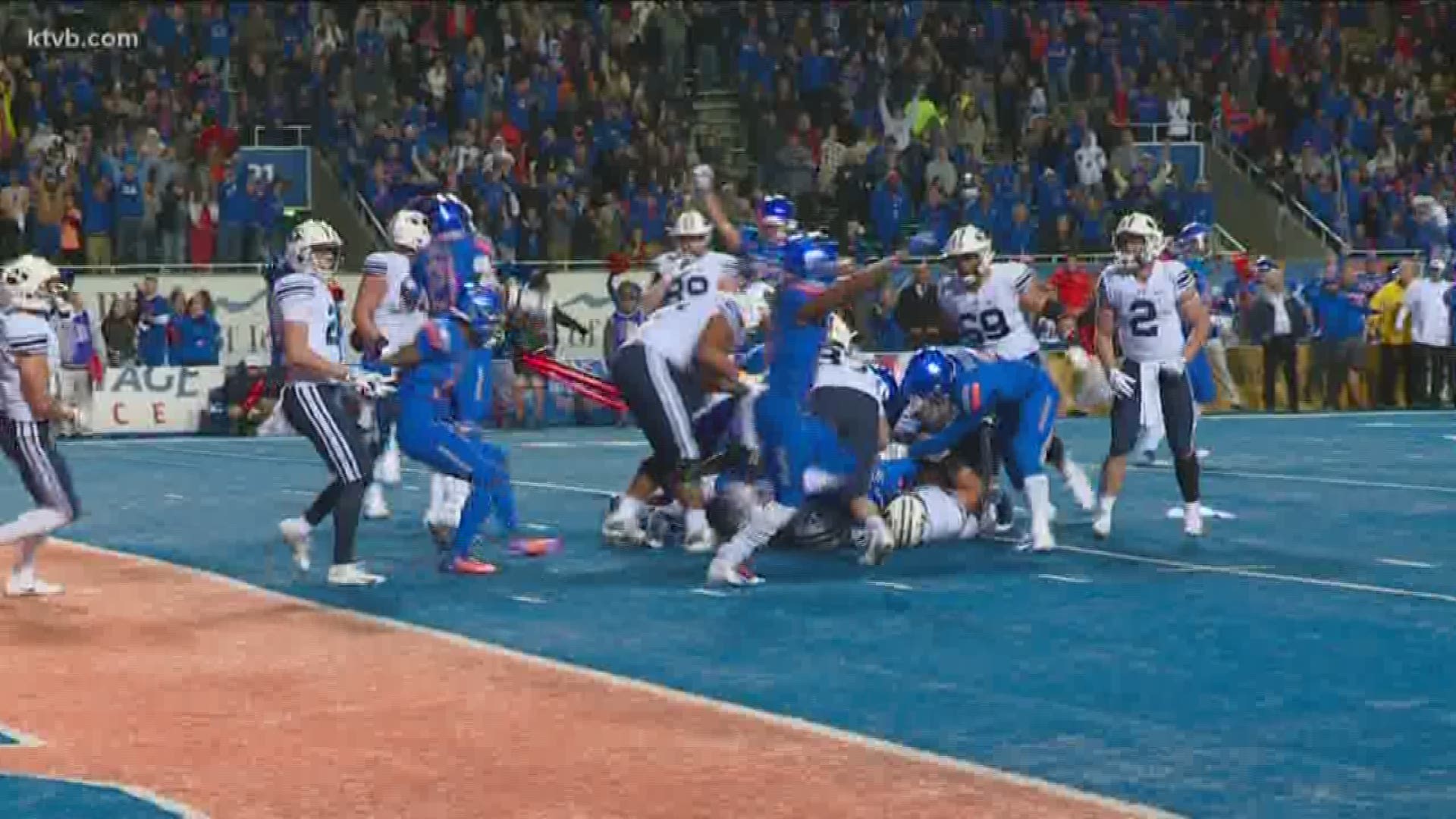 BOISE — Brett Rypien threw for 214 yards and a touchdown and the Boise State defense made a last-minute goal-line stand as the Broncos held off upset-minded BYU 21-16 on Saturday night.

Boise State (7-2), which has now won three straight against the Cougars, leaned heavily on its defense to secure the victory. The Broncos registered seven sacks and nine tackles for loss.

BYU (4-5), which has never won in five tries in Boise, lost for the third time this season in a game decided by a touchdown or less.

Boise State led 14-6 at halftime before trading touchdowns with the Cougars in the third quarter. But BYU made things interesting after a 41-yard field goal by Skyler Southam with 4:35 left cut the Boise State lead to 21-16.

After the Cougars defense forced a Boise State punt with 2:05 remaining, Zach Wilson led the Cougars from their own 13 to the Boise State 2 with seven seconds remaining. However, on the final play, Tyson Maeva and Scale Igiehon combined for a sack on Wilson, preserving the victory.

BYU: Despite supplanting senior Tanner Mangum as the starter three weeks ago, freshman quarterback Zach Wilson hasn't exactly jump-started the Cougars' offense. After piling up 474 yards and 45 points against the porous Hawaii defense, Wilson has struggled in back-to-back games against a pair of FBS teams in the top 50 in total defense. However, he continued to show his running prowess, breaking off a run of 20-plus yards for the third time in his last four games.

Boise State: The Broncos continue to struggle to put away opponents, which is an area of concern heading into the final stretch of the season. If Boise State hopes to defend its Mountain West title, the Broncos will need to be more effective running the ball late in the fourth quarter to put away stronger opponents like Fresno State and Utah State.

BYU: The Cougars travel to UMass next Saturday.

Boise State: The Broncos will host Fresno State on Friday in a game that will have major implications on the Mountain West Conference championship.