Curt Apsey will still work for the university and focus on fundraising. 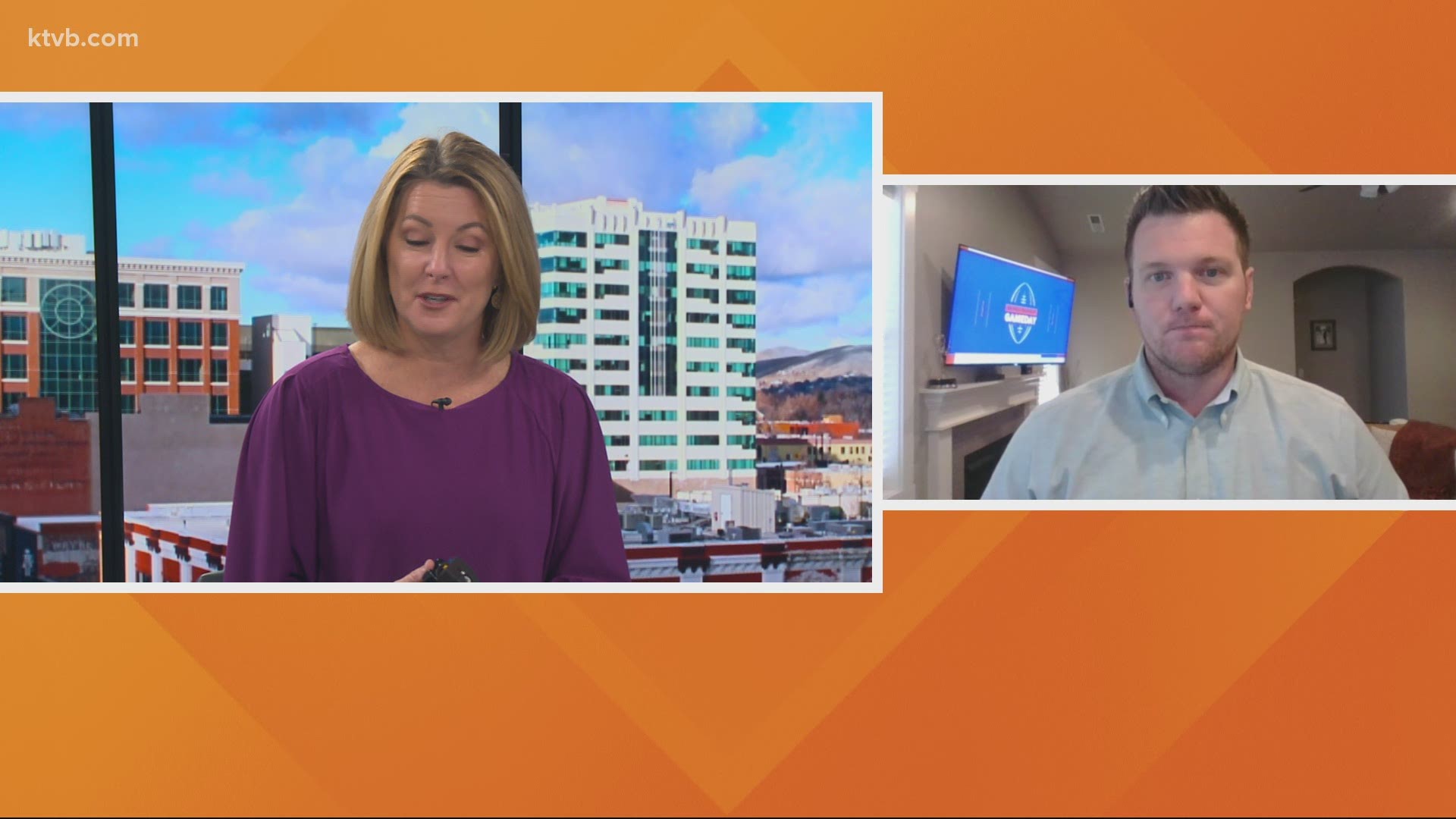 BOISE, Idaho — Boise State Director of Athletics Curt Apsey announced on Tuesday that he will step down and will begin a new fundraising position for the university.

At 1 p.m. Tuesday, the interim athletic director held a press conference over Zoom to discuss Apsey's decision and answered from Treasure Valley sports reporters about the transition and what the future holds for the Broncos.

Apsey was hired as the Broncos' athletic director in 2015 after working at Carroll College in Montana. When he first began working at Boise State in 1998 as a senior associate athletic director, he worked with donors to help build projects such as the Caven-Williams Indoor Sports Complex, the Stueckle Sky Center, the Arguinchona Basketball Complex and the Bleymaier Football Center.

According to Associate Athletic Director Joe Nickell, a search for Apsey's replace will begin soon and Bob Carney, a senior associate athletic director for strategic planning and capital projects, was named as the university's interim athletic director.

Carney, an Air Force veteran, started working for Boise State in 2005. While working in different positions over the years, he earned a bachelor's degree in business administration in 2008, and a master's in athletic leadership in 2018.

He was hired in his current position in July of 2018.

“I have a long history with Boise State and am determined to make sure our department continues its successes across the board as Dr. Tromp seeks a permanent replacement for athletic director,” Carney said in a release.

“It has been a privilege for me to be a part of Boise State Athletics for the past 21 years, both as an athletic director and senior-level administrator," Apsey said in a press release. "I am extremely grateful to have been able to work with such incredible people while serving our amazing student-athletes that wore the Blue and Orange. I want to thank each of them for being so committed to the student-athlete experience both academically and athletically."