How did the Astros sign-stealing scheme work?

Some Astros players even told MLB officials that they did not believe the sign-stealing scheme was effective, and it was more distracting than useful to hitters. 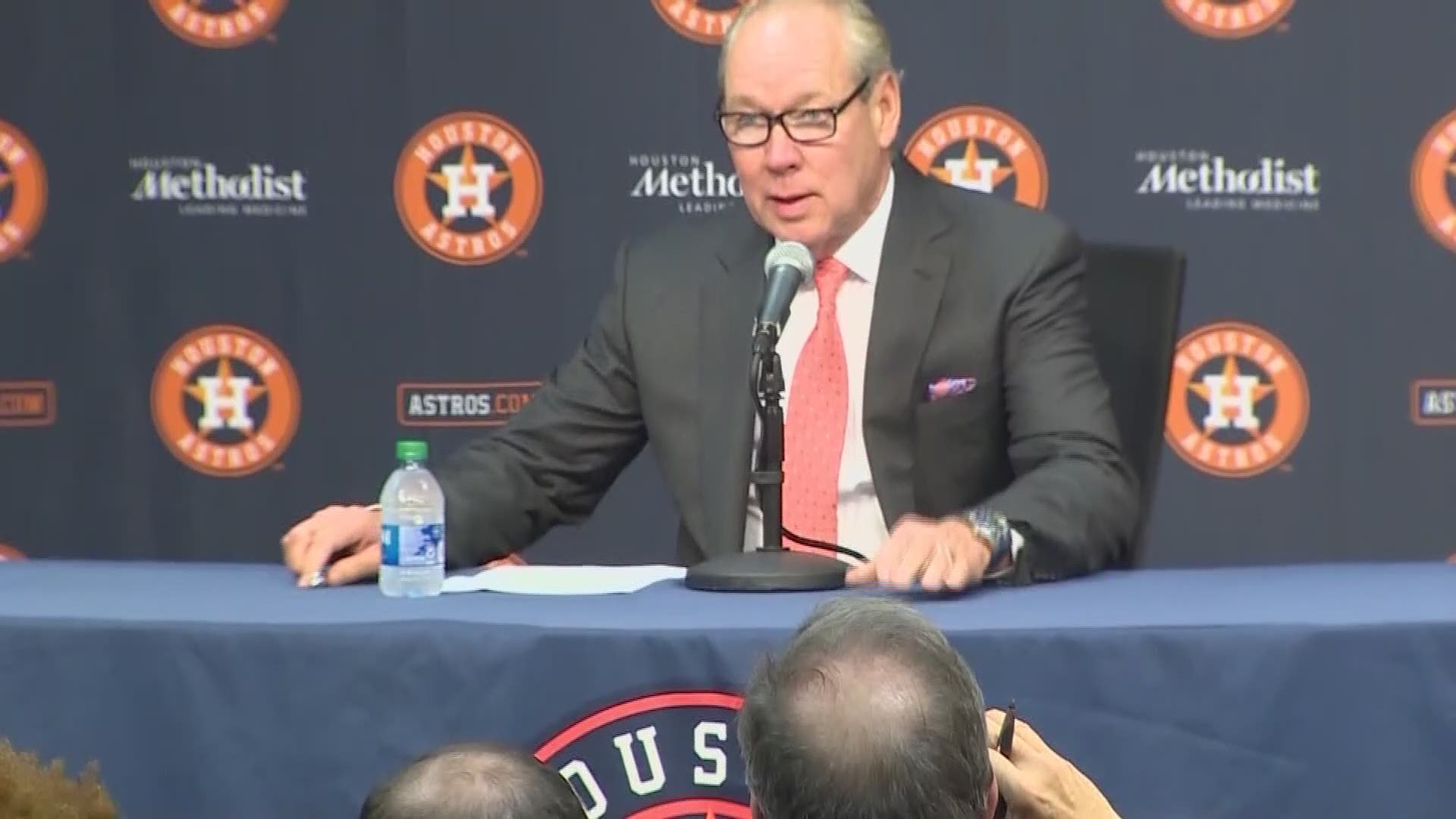 HOUSTON — MLB’s penalties for Houston Astros sign-stealing scheme have been handed down, but how exactly did the cheating work?

Some Astros players told MLB officials that they did not believe the sign-stealing scheme was effective, and it was more distracting than useful to hitters.

Astros owner fires Jeff Luhnow, A.J. Hinch after both were suspended by MLB for 2017 cheating scandal

How it started, according to MLB

Employees in the Astros’ video replay review room began using the live game feed from the center field camera to attempt to decode and transmit opposing teams’ sign sequences (i.e., which sign flashed by the catcher is the actual sign) for use when an Astros runner was on second base.

Alex Cora, the Astros’ bench coach, began to call the replay review room on the replay phone to obtain the sign information.

On at least some occasions, the employees in the replay review room communicated the sign sequence information by text message, which was received on the smart watch of a staff member on the bench, or in other cases on a cell phone stored nearby.

How the scheme evolved, according to MLB

Approximately two months into the 2017 season:

A group of players, including Carlos Beltrán, discussed that the team could improve on decoding signs and sending the signs to the batter.

The report says Cora arranged for a video room technician to install a monitor displaying the center field camera feed immediately outside of the Astros’ dugout.

One or more players watched the live feed of the center field camera on the monitor, and after decoding the sign, a player would bang a nearby trash can with a bat to communicate the upcoming pitch type to the batter.

Players occasionally also used a massage gun to bang the trash can. Generally, one or two bangs corresponded to certain off-speed pitches, while no bang corresponded to a fastball.

League officials say the 2017 scheme of banging on the trash can was largely player-driven with the exception Cora. Using the replay review room staff to decode signs was started by low-level baseball operations staff.

MLB says both methods of sign stealing were used by the team in throughout the 2017 season. League officials added, regardless whether or not the scheme was effective, it violated rules.