Teams from across Idaho braved the triple-digit temperatures in Boise to compete in the annual 7 on 7 passing tournament. 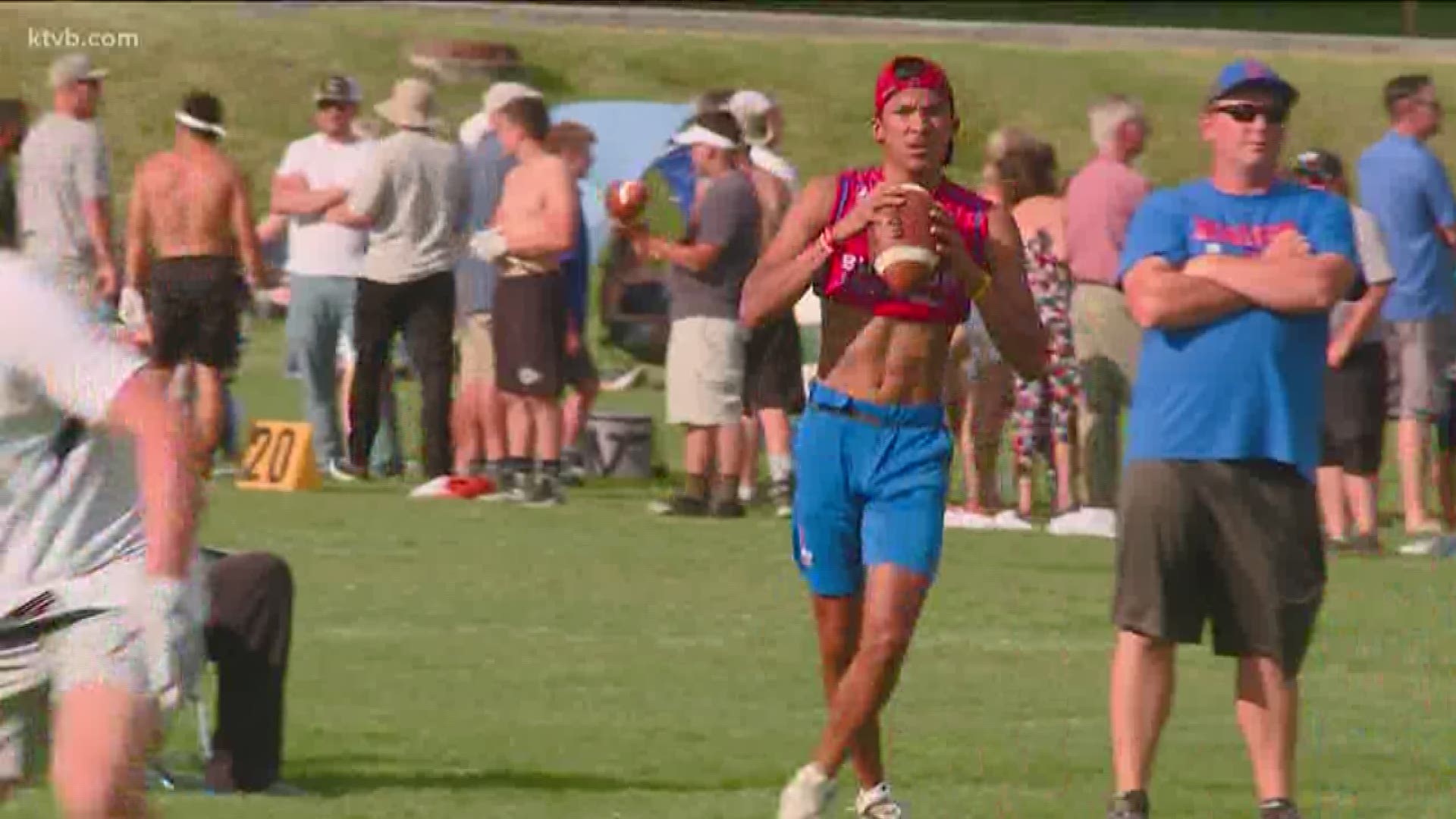 BOISE, Idaho — It may be July, Idaho prep football teams are already getting ready for the upcoming season, which kicks off August 29.

Dozens of teams from across the state braved the triple-digit heat to compete in the annual Famous Idaho Potato Bowl 7 on 7 passing challenge.

With no pads or helmets, teams focus more on skillful passing, rather than tackling.

In the semi-finals, Mountain View took down Capital.

"It's critical to have this tournament here," FIPB executive director Kevin McDonald said. "They usually have to travel long distances to get this kind of competition, so to be able to do it here in Boise and to be able to play the best teams in the state, and there's always surprise winners too."

"This is a passing camp, this is a competition," McDonald said. "Coaches want to see how their kids compete."

But it's not all about perfecting their passing skills.

Teams also compete in the 'lineman' challenge and the 'tug-of-war' challenge between pool play and elimination games.

This year, the Capital Eagles took home their third-straight 'lineman challenge' title over Rocky Mountain, as well as the 'tug-of-war' title.