Yotes take down No. 10 Eastern Oregon 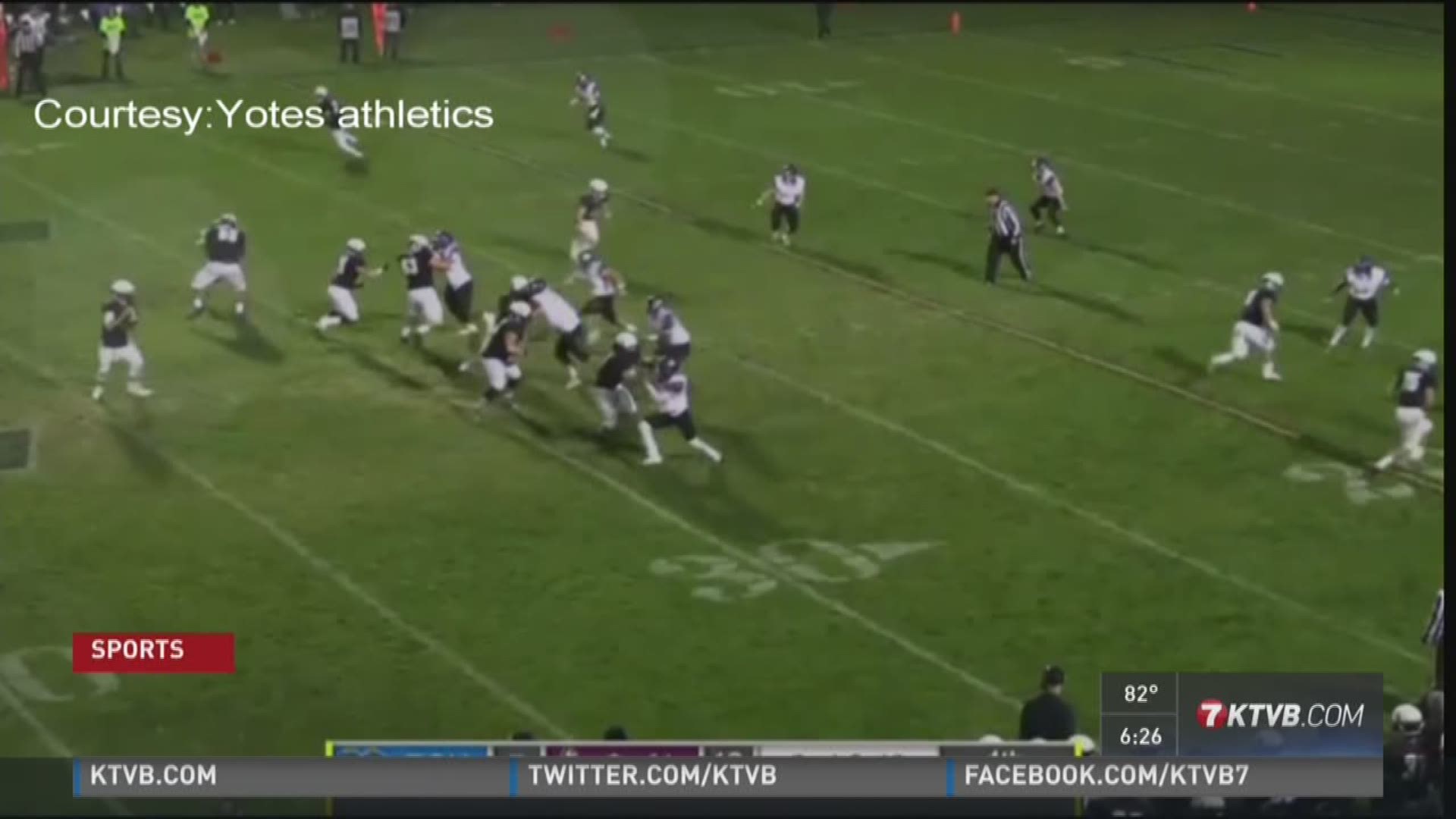 LA GRANDE, Ore. - Just two years after rebooting its football program, the College of Idaho has picked up its first-ever road win against a top-25 team. The Yotes rolled over Eastern Oregon 20-7 on Saturday, shocking the 10th-ranked Mountaineers.

Eastern Oregon managed to score on their first drive of the game, but that was all they could muster. The Yotes went on to score 20 unanswered points, as the defense shut out the home team out for the rest of the game.

Safety Nate Moore set a school record with 16 tackles and two pass breakups in the win, earning him NAIA Defensive Player of the Week honors.

Entering the contest, the Mountaineers led the conference with an average of 40 points and 493 yards per game. And those numbers were against top-25 opponents Southern Oregon and Montana Western.

Fresh on back-to-back road wins, C of I coach Mike Moroski called said his program is beginning to turn a corner.

The Yotes return to Caldwell for a homecoming matchup against Rocky Mountain (2-2) on Saturday. Kickoff at Simplot Stadium is set for 1 p.m.