It was the Yotes' second-consecutive conference title. 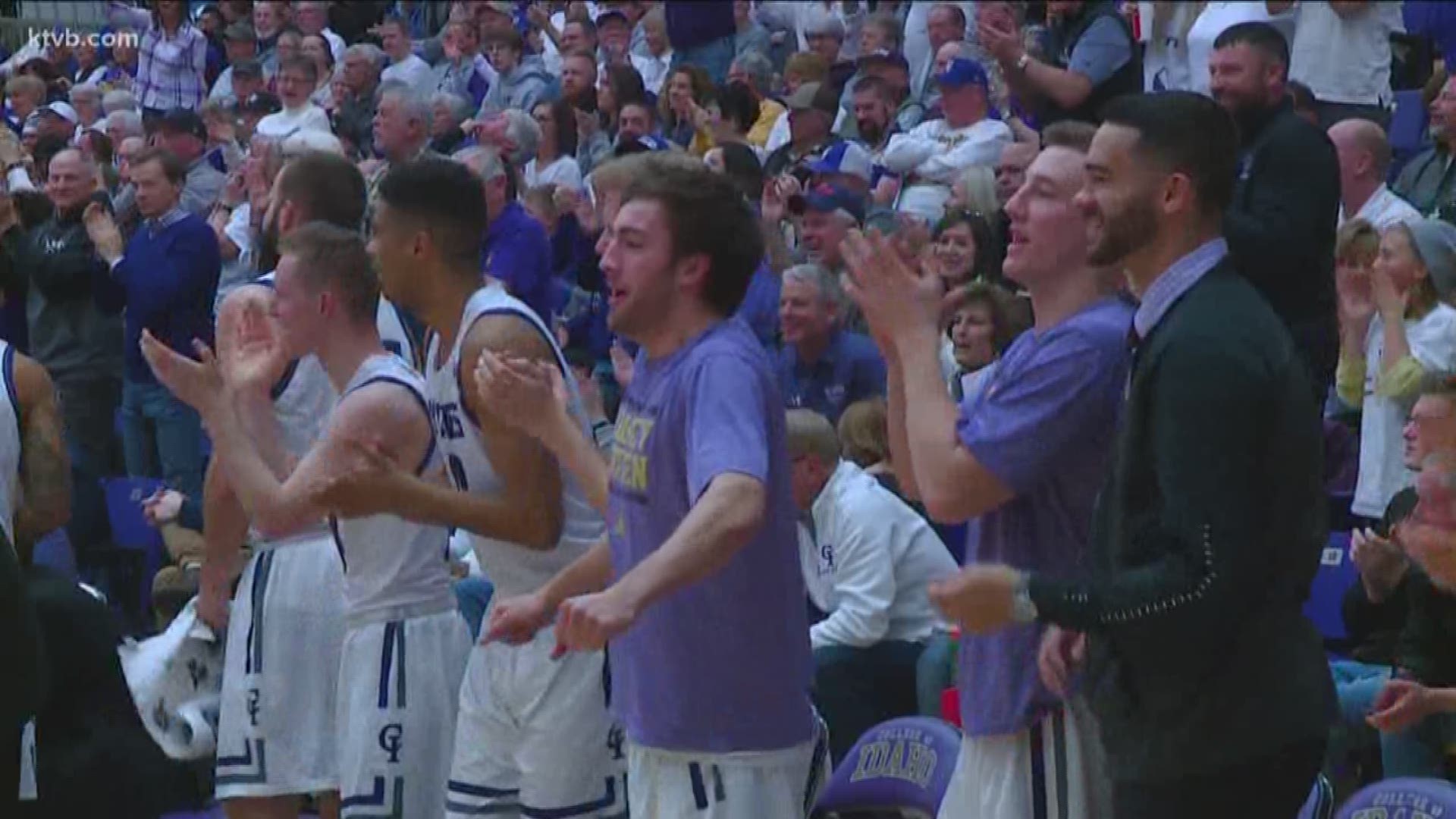 CALDWELL, Idaho — For the second year in a row, and eighth time in program history, the College of Idaho are Cascade Collegiate Conference Champions.

Matt Meyers led the way with a season-high 19 points in the win. Three other players scored in double figures, including Conor Desaulniers with 12 points, Nate Bruneel with 11 points and Talon Pinckney with 10 points.

The win earns the Yotes an automatic bid to the NAIA Division II Men’s Basketball Championships.