Boise State is about to get a six-figure boost to its bottom line as the age-old issue of alcohol in Albertsons Stadium sees the light of day. 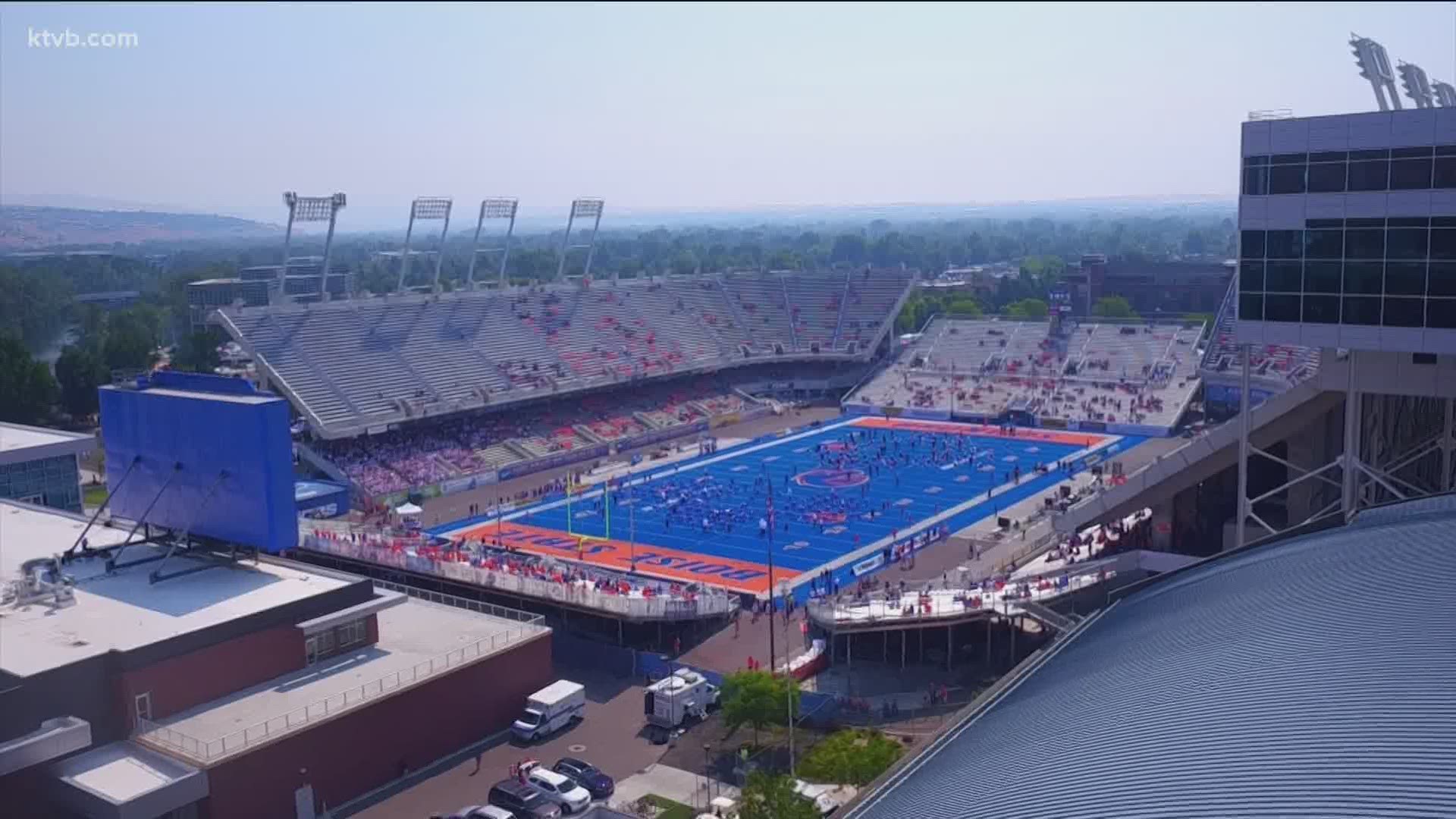 Despite the go-ahead long ago from the State Board of Education, Boise State has proceeded with caution on allowing alcohol sales at Albertsons Stadium. Athletic director Jeramiah Dickey has formulated his plan, though, and the official announcement was made Monday. Alcohol will now be available at kiosks throughout the stadium, and in the Fan Zone in the northeast corner of the facility and the Ford Tailgate Zone. But there are still gameday details to be revealed. One man’s opinion: Boise State should specify some alcohol-free areas in the stadium for families and non-drinkers, and it should cut off alcohol sales at the end of the third quarter. Re-entry will no longer be permitted, “as is the case at other top venues across the country,” according to the release. More fans sticking around after halftime? What a concept.

ON AN ENTIRELY DIFFERENT SUBJECT…

On the eve of Mountain West Media Days, there’s a growing issue that commissioner Craig Thompson will have to address in Las Vegas. COVID is on the rise again, and if the SEC is considered to be the trendsetter, teams won’t have the wiggle room they had last year. At the opening of his conference’s Media Days on Monday, SEC commissioner Greg Sankey said only six of 14 teams had an 80 percent vaccination rate. Sankey added that there will be no postponements of conference games. Instead, forfeits will be in play. We don’t know what Boise State’s rate is. But the Broncos are in a state that has all but forgotten the pandemic. I shudder to think of what would happen if masks are required at Albertsons Stadium. And let’s say Boise State had to sit out a game due to COVID concerns—and forfeit it. Okay, let’s not.

Watch list season is underway in earnest now, and Boise State wide receiver Khalil Shakir has been named to the 2021 Maxwell Award docket. The Maxwell has been presented to the College Player of the Year since 1937. From the “Swiss Army knife” department, Shakir was one of only two players nationally with 700 yards receiving and 100 yards rushing during last season. Here’s why that is impressive: he played only seven games last year, while 59 FBS teams played at least 10. Shakir is headed to Las Vegas to represent the Broncos at Mountain West Media Days.

TIX FOR THE SIX

Boise State single-game tickets went on sale Monday. How long do you think September 18 will remain on the market? Sure, tickets to the Oklahoma State game are priced $30 higher than the other six home games. But fans recognize what a rare opportunity this is, especially with the home date against Michigan State next year having been scrapped. So there’s one of Dickey’s coveted six sellouts, no doubt. As for the other five? It’ll take time. If the Broncos can take down UCF on September 2, the home opener against UTEP will be a hot ticket. The Nevada game on October 4 should be, too—a possible preview of the Mountain West championship game. Air Force has possibilities as well. The November games will depend on how things are going. And, of course, the weather (there’s already one 7 p.m. kickoff).

I found this interesting—Chris Vannini’s second annual Group of 5 fan survey at The Athletic. Especially this question: “Do you believe a Power 5 league will add a G5 team at some point in the future? Yes: 72.8 percent, No: 27.2 percent.” Vannini counters with a dose of reality. “Fans are much more optimistic about P5 conference expansion than I am. The landscape has changed since the Great Realignment of 2010, and I believe P5 contraction is more likely than expansion,” he writes.

“Could someone leave the Pac-12 for the Big 12? Could Oklahoma leave the Big 12?” Vannini added. “These are the questions I think about. Television deals coming up in the next few years should bring millions more to leagues, and I’m not sure anyone moves the needle enough to make a difference for the per-school payouts. When the Big 12 opted not to expand in 2016, that was the sign that times had changed.”

In the WNBA, they call their hiatus this year the “Olympic Break,” and it lasts through August 11. So it’s a good time to check up on the first sliver of Destiny Slocum’s pro basketball career. Slocum, the Mountain View High grad who was drafted in the second round this spring by the Las Vegas Aces, has appeared in 15 of the teams 21 games and is playing just under seven minutes per outing. She’s averaging only 1.5 points per game. Five of her seven baskets have come from three-point range. Slocum’s rookie season is a work in progress.

The biggest name ever to come through here as a Boise Hawk was Kris Bryant, the No. 2 overall pick in the 2013 MLB Draft. Now in his seventh big league season with the Chicago Cubs, Bryant is the No. 1 player to watch as the July 30 trade deadline approaches. He becomes a free agent at the end of the season, and the Cubs are struggling to stay at .500, hence the rumors. The team most mentioned in the Bryant sweepstakes is the New York Mets. He can play third base and occasionally in the outfield, and he’s hit 16 home runs this season. Bryant played a dominant 18 games for the Hawks in the summer of 2013. The current Hawks, meanwhile, picked away at Great Falls Monday night at Memorial Stadium and won 7-4. One-time Boise State Bronco Mitch Lines pitched eight strong innings to earn the victory.

At the age of 25, Rory McIlroy wins his third major after leading the British Open wire-to-wire at Royal Liverpool. McIlroy became the third-youngest winner of the Open Championship behind Jack Nicklaus and Tiger Woods—and just the seventh golfer ever to lead all four rounds of the tournament outright. It was an interesting year for the Northern Irishman—in May, with wedding invitations on the way, McIlroy had broken off his high-profile engagement with tennis star Caroline Wozniacki.