Why are gas prices so high in southern Idaho?

The cost of a gallon of gas is now hovering around $3 a gallon across much of Idaho, nearly 30 cents more than the national average. We set out to find out why. 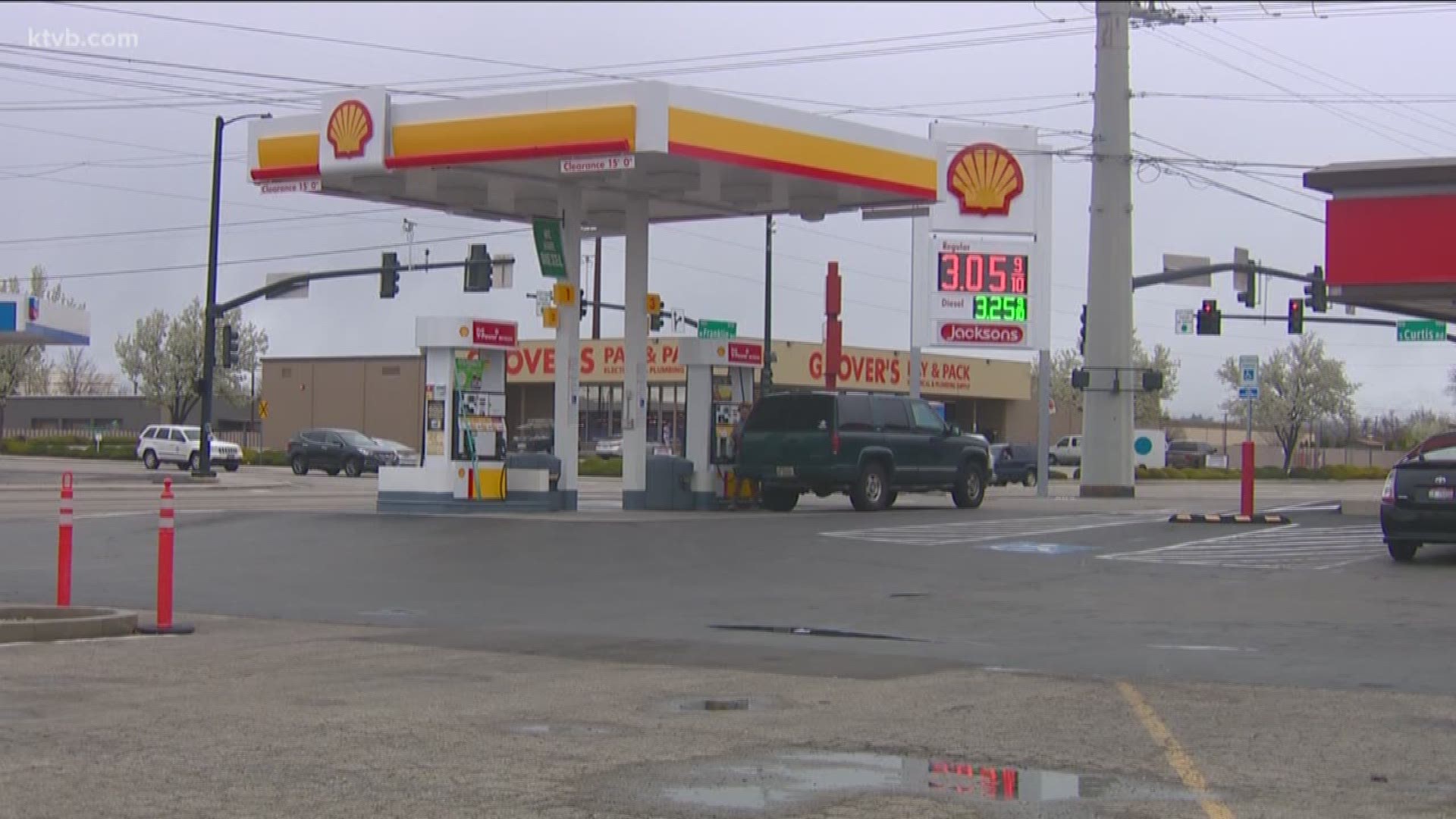 BOISE - A year ago Idaho saw prices that were 50 cents cheaper for a gallon of gas than consumers are paying right now. A month ago, the cost was about 40 cents lower than we are today.

The $3 price tag is high enough to put the Gem State in the top-10 for the most expensive gas prices in the country at $2.94 a gallon, according to AAA-Idaho, compared to a national average of $2.67.

The basic reason is supply and demand, but according to the state's Attorney General's Office, there are a few other factors to consider, many of which are out of Idaho's control.

The supply of crude oil primarily comes from the Middle East, Russia, and the United State. Despite America's domestic oil production being at one of its highest levels ever, right now the cost of crude is about $67, the highest it's been in several years. That cost accounts for about 60% of the price of a gallon of gas.

State and federal taxes fill in another 20% and in Idaho, that's about 51 cents a gallon.

The third factor is refining costs and location has a lot to do with that since Idaho is the only Northwest state without an oil field or a refinery.

And that supply coming to southern Idaho comes from just one pipeline from Utah, which is the main consideration in distribution, the fourth cost factor.

Finally, there's the retailer costs and profit, accounting for about 22% or 55 cents of a gallon of gas in the Gem State.

Another factor this time of the year is the transition to a summer blend fuel.

"So the summer blend fuel has more additives to keep it from evaporating at high heat," says Matthew Conde, with AAA-Idaho. "As a result, it's just more expensive to produce."

When these kind of increases happen some people like to throw around the term price gouging.

However, and this may surprise you, according to the AG's office that's not really illegal in Idaho and can only be considered when the governor declares a state of emergency.

Price fixing is also not really a thing in Idaho either. DeLange points out high prices are not against the law and it takes more to prove price-fixing than just a couple of gas stations having the same price for gas.

AAA-Idaho doesn't anticipate the recent price jump to change people's travel plans in the near future but maybe influence where they decide to stop and eat with fewer dollars to spend.