Does flushing cat litter pose a health risk? You asked, we answer! 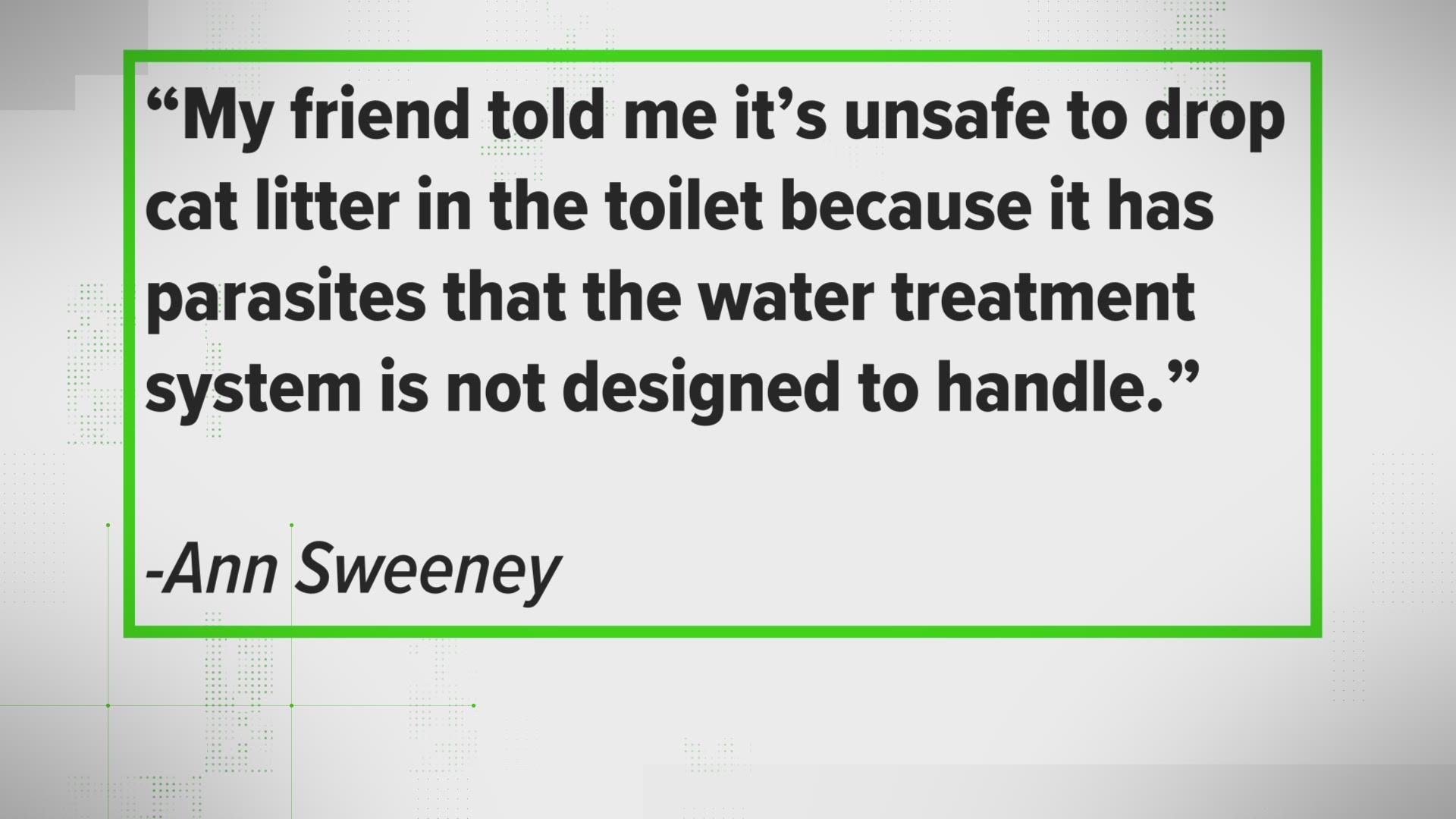 There's a first for everything and this week, VERIFY is researching cat litter.

Viewer Ann Sweeney reached out to VERIFY after her friend told her "it is unsafe to drop cat litter into the toilet. It has parasites that the water treatment system is not designed to handle. Is that true?

Is it unsafe to flush cat litter down the toilet? Are their parasites in their feces that can end up in drinking water?

Yes, cat feces contains a parasite called Toxoplasma Gondii which is harmful to humans, and most cat litter shouldn't be flushed anyways because it causes major plumbing issues by clogging drains.

According to the Center for Disease Control & Prevention (CDC), "Toxoplasmosis is an infection caused by a single-celled parasite called Toxoplasma gondii. While the parasite is found throughout the world, more than 40 million people in the United States may be infected with the Toxoplasma parasite."

It turns out cats are the only "direct host" to carry Toxoplasma gondii and they're the only animals to pass the parasites in their feces.

That means flushing cat feces in cat litter also flushes those parasites into the water supply.

According to the Companion Animal Parasite Council, "Toxoplasma lives for months in soil and can be carried over long distances in water."

While some modern filtration systems can eliminate the parasite, not all can. Locating which drinking water sources are safe is difficult.

If the parasite makes it into drinking water, humans can become infected.

According to the CDC, most people don't show any symptoms, but rare cases result in fever and severe cases can result in damage to the eyes or brain.

If that gross information doesn't convince you, it's worth noting that many brands of cat litter can also clog your drains. Their ingredients are made to be absorbent and when put into a water supply, they can swell up and clog pipes.

So, it's verified that flushing cat litter is unsafe.