The record-breaking temperatures over the summer have not been good for dairy cows. Experts say heat is the most important factor that affects productivity. 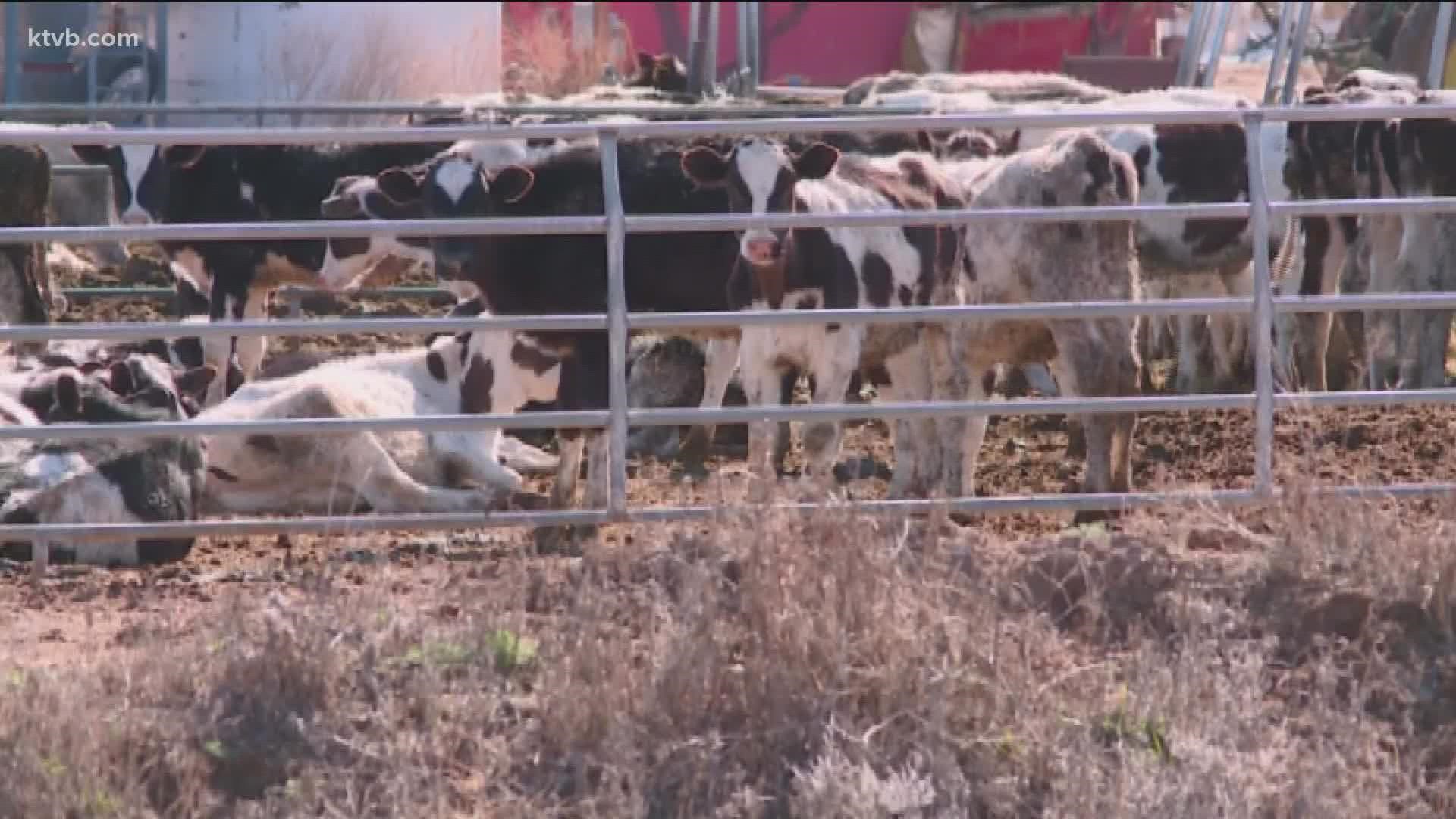 BOISE, Idaho — This summer's blistering heat wave across the western U.S will be remembered as one of the worst in modern history.

The triple digit temperatures began early, in June. The temperatures didn't just breaking records, they smashed them. July would go on to be the world's hottest month ever recorded.

We've heard how the excessive heat is impacting our environment. In this Scorched Earth report, we take a look at how prolonged heat could is affecting Idaho's dairy industry.

Bob Collier is the Department Head of Animal, Veterinary and Food Sciences at University of Idaho. He has been studying the effects of heat stress on dairy cattle for the last 45 years.

"It's a huge impact," Collier said. "It's estimated at close to a billion dollars a year in the dairy industry (nationally)," said Collier.

Cows don't sweat very well. Instead, they pant to cool themselves off, just like dogs. And like dogs, the hotter it gets, the heavier cows pant.

"If they get to 60 breaths a minute, we consider them entering heat stress," Collier said. "So once a cow's breathing 60 times a minute it means she's dealing with more body heat than she should be."

Collier's extensive research has found temperatures as mild as 75 degrees can begin to increase a cow's breathing rate. When temperatures reach 95 degrees, their breathing increases to 120 breaths a minute.

Some dairy farms across southern Idaho, the nation's top third milk producing state, experienced the hottest July on record, as much of the area had 18 days of triple digit heat over June, July and part of August.

"Unfortunately, it's bad on the food intake. You can't breathe 120 breaths a minute and eat a bowl of cheerios," Collier said.

Cows need to eat to produce milk. But as Collier said, that's difficult for them to do when they're heavily panting. Collier's research shows as temperatures rise, a cow's milk production drops both significantly and immediately.

"The kind of weather you've (greater Boise area) been experiencing, I would not be surprised to see between 8 and 10 pounds of milk per cow a day," Collier said.

For a larger dairy farm, the loss could be as much as 100,000 pounds of milk per day -- or about a 10- to 15-percent loss in milk production for every day of extreme heat. And it's not just Idaho. Collier was in California during their 2006 record heat wave.

"In just 10 days they lost a billion dollars worth of milk, animals and calves," Collier said.

Collier's studies have shown extreme heat can affect a dairy cow's ability to reproduce. He believes hot temperatures is one of the greatest challenges facing dairy farmers, including farmers in California and Idaho.

The dairy industry is aggressively working on ways to cool cows effectively. Many farms are equipped with fans, shades, misters and drenching stations. Keeping lactating cows cool makes not only make them more comfortable, but more productive, which is crucial for a dairy farmer's bottom line.

"It's definitely a critical issue and one that diary farmers are paying very close attention to," Collier said.