'No one knew what they were': Oregon researchers set out to find mysterious mammal in Pacific Ocean

The mysterious mammal is known as the beaked whale and it's about half the length of a gray whale. 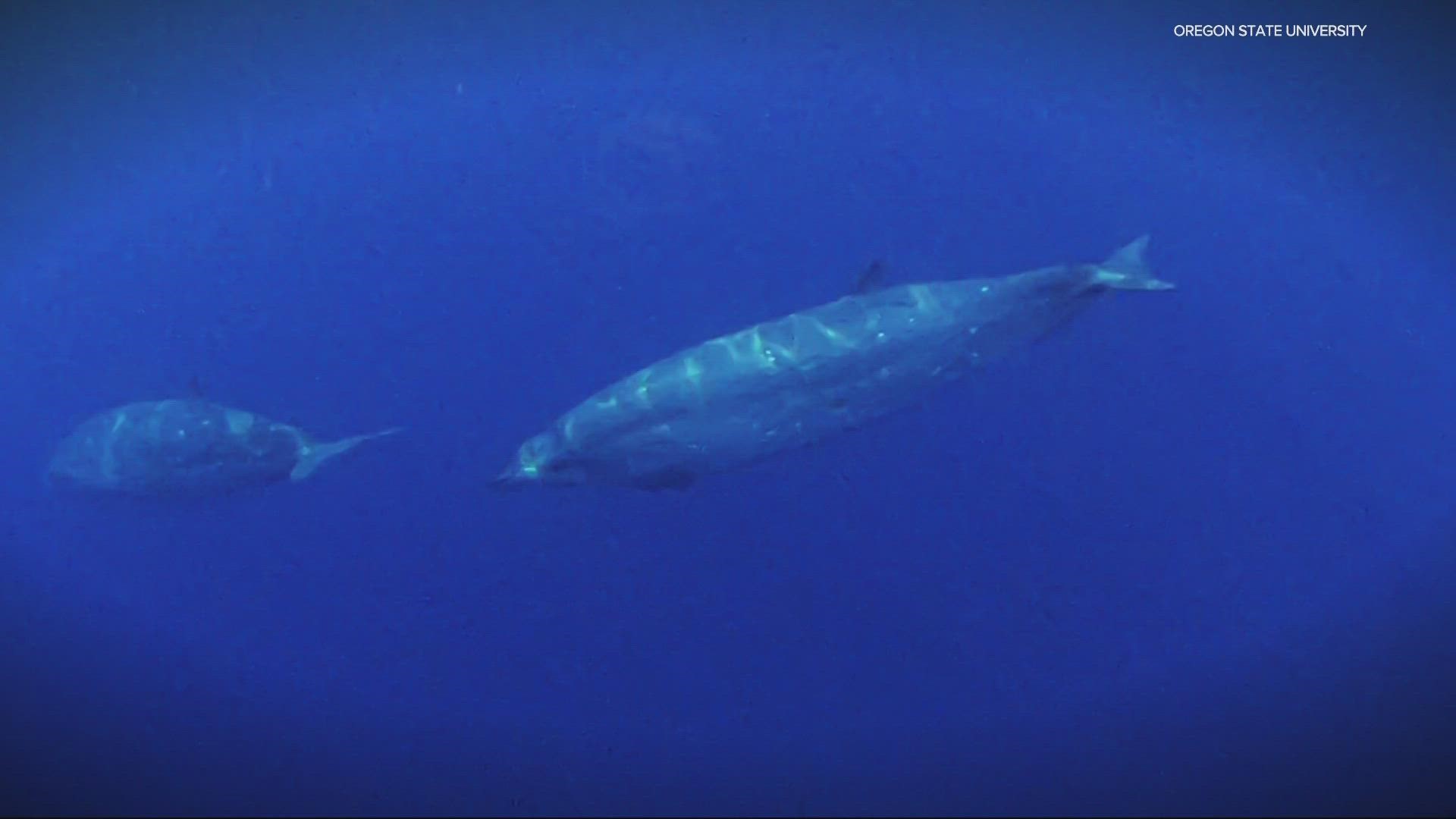 NEWPORT, Ore. — A group of Oregon researchers are heading out into the Pacific Ocean this week to find and document a species of whale that has never been seen alive before. The mysterious mammal is known as the beaked whale and it's about half the length of a gray whale.

Back in 2014, some researchers caught a glimpse of the species while they were studying a whirling garbage dump, bigger than Texas, known as the Great Pacific Garbage Patch. The giant floating plastic patch is located in the Pacific Ocean about halfway between Newport, Ore. and Hawaii.

"Many people have gone out there to study it for a variety of reasons," said researcher Lisa Ballance, the director of the Marine Mammal Institute at Oregon State University.

"They snapped quick photos with their cell phones. No one knew what they were, and gradually those photographs made their way to us in the Marine Mammal Institute," said Ballance.

Ballance was not one of the researchers studying the pool of plastic, but she and her team will be spending a month aboard the research vessel Pacific Storm to search for the whales.

"The goal of our expedition is to find a very cryptic whale," she explained.

The researchers will use super-powered binoculars, acoustic recorders and hopefully some DNA sampling to first locate and then identify the mysterious creatures.

"If you imagine a bottlenose dolphin, they have a nose like that, but they're very deep divers. They're oceanic. They are not social. They're shy of ships so not much is known about them," said Ballance.

The reason for all this work? So people can learn how to better protect the animals.

"By knowing more about what's out there and by knowing where they are, we can better understand how our impacts might negatively affect those animals and what we can do about it," said Ballance.

"It is just so amazing and so exciting to know that there are still large animals out there that we know little to nothing about," said Ballance.