In the past decade, Oregon's Latino population grew three times faster than the rest of the state

From 2010-2020, the Latino population in Oregon grew by about 31% with counties in the eastern part of the state seeing the biggest increase. 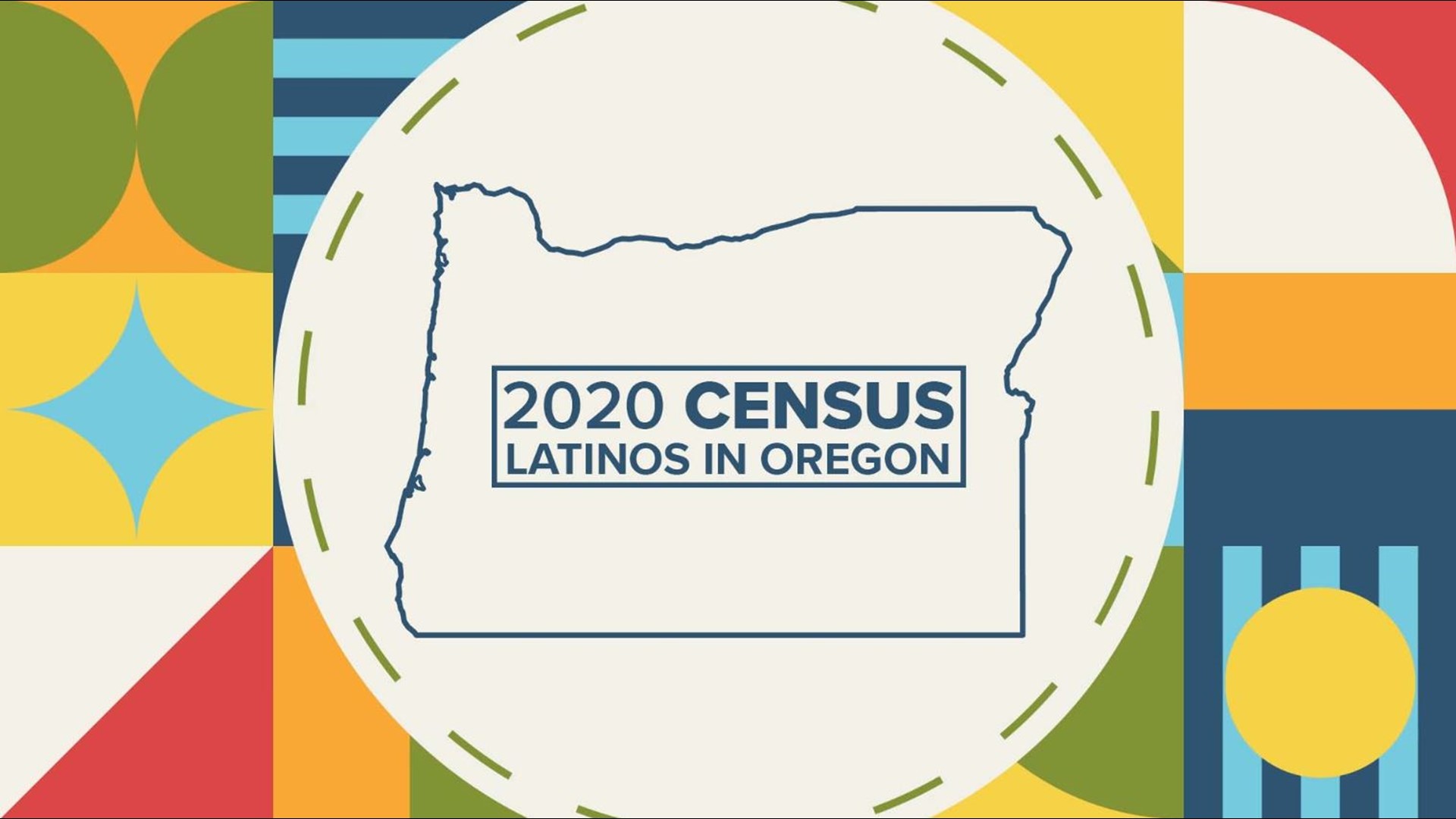 OREGON, USA — Over the past 10 years, Oregon's Latino population has grown quickly. Latinos have settled all over, in big cities and small rural towns.

The 2020 Census shows there are nearly 140,000 more Latinos in Oregon than in 2010. Multnomah, Marion and Washington counties, three of the state’s most densely populated counties, have the biggest Latino populations. But rural counties east of the mountains such as Morrow and Malheur counties saw their Latino populations grow the most.

“Those counties all have a lot of agricultural processing plants and distribution and warehousing since they're along Interstate 84, a busy corridor,” said Charles Rynerson, who works in the Population Research Center at Portland State University (PSU).  “So they added a lot of jobs over the last two decades since 1990.”

Apart from jobs and educational opportunities, family or friend connections in Oregon may also make that an easier destination for many Latinos to settle in.

“It's a connection if you have somebody,” said Marco Benavides, 61, who has been in Oregon now for nearly 40 years. “For me, it was a connection that I knew Oregon, and I knew the environment and the people. And then I told my family that’s a good place. And then since we came to Oregon, other family members also came later on.”

Benavides immigrated to the U.S. from Santiago, Chile. He studied agriculture there and when he was 20, he got a scholarship for a year to study agriculture in Hood River for his thesis. A couple years later, his family was in the process of leaving Chile.

“The political social economic situation was real bad. And so I told them, well, I came from Oregon and it's a good place,” he said.

Benavides is one of the 588,757 Latinos who now call Oregon home. The vast majority are Mexican American, but the state is also seeing more Cubans, Puerto Ricans, Guatemalans and South Americans, according to Rynerson with PSU.

Here are the stories of what brought some Latinos to the Pacific Northwest.

Hover through the map to see county by county information.

Marco Benavides and his wife Jacqueline have been married for 35 years. They moved to Marion County decades ago after meeting in Madras at a church event. They have two boys who were raised in Oregon, went to university here, graduated and now have families of their own.

Jacqueline and Marco both immigrated to the U.S. on the same day in 1982.

“We celebrate anniversaries that we came to the United States on the same day, we just came through different ports,” said Jacqueline. “He came through Florida and I came through Los Angeles.”

When Jacqueline was 17, her parents sent her to live with her aunt in Oregon after their home country of El Salvador became too dangerous.

“I got here, I went to high school and at that time there was no ESL program,” she said. “There was nothing. So I was just thrown into just regular classrooms to learn English.”

Within three months she was already speaking English. Jacqueline now works in the communications department for Salem-Keizer Public Schools where she’s worked for 22 years.

The couple has stayed close to their roots, taking their children to visit their native countries, speaking Spanish with them and celebrating traditions like making empanadas together for Chile’s Independence day on Sept. 18. But through all of that, they consider the U.S. to be their home.

“Our life is here. I love soccer and even when the national teams are playing against each other, I go for the United States,” Marco said. “This is my country. That’s what I believe, it's the place where I live and the place I support.”

A first generation American, Maria Hinojos Pressey's parents migrated from the state of Chihuahua, Mexico in the '80s to chase the American dream, prosperity and stability. When she got pregnant four years ago, Hinojos Pressey moved to Oregon from New Mexico — chasing a similar life for her baby.

“That desire for safer, better, more prosperous, and my husband's originally from Eugene, that's where he was born, ” she said.

They were attracted to Oregon’s higher-ranked education system and lower crime rate compared to New Mexico.

“For me, the desire to fulfill the dreams of my parents that was always wanting a better a better life for our families,” she said. “I have a four-year-old daughter now. That's what definitely encouraged me to get involved is that I saw the world rapidly changing in a way that I don't think I was really excited for and I wanted to do better by my kid, too.”

Hinojos Pressey lives in Salem and is the operations director at PCUN, a non-profit organization based in Woodburn whose mission is to empower farmworkers and working Latino families. She’s also a member of the Salem-Keizer School Board.

“The population will grow simply because of the age structure with very few elderly and many young adults there,” he said. “Year after year, we expect more birth than deaths among people identifying as Latino.”

The younger population may cause a shift in politics, as more become eligible to vote when they turn 18.

22-year-old Sharioth Montoya Aguado moved to Oregon from Colombia five years ago. Her mother moved first, then her brother, then she followed.

“[Colombia] was not a good place so my mom wanted to take her kids here and new opportunities,” she said.

Montoya Aguado barely knew English when she first got here but pushed herself to learn. She graduated from North Salem High School in 2019. She now goes to Chemeketa Community College in Salem. She volunteers and tries to give back to the community.

It was her partner who brought 22-year-old Carolina Chiari to Portland five months ago. Born in Panama, her family moved to Florida for her dad's job when she was a toddler.

“We really kind of kept the culture and the traditions present in our home,” she said. “But because I grew up here, I also felt connected to this country.”

Chiari is a first-generation college graduate who now works for Latino Network, a Latino-led nonprofit organization that works with youth and families by providing services and transformational programs. It serves 10,000 community members each year.

“I think for anyone who wants to give back to their community, this is a great place post-college to kind of be able to do the work that you want to do,” she said about Oregon.

Martina Bialek also works at Latino Network and has been in Oregon for about four years. She was born and raised in Argentina and Mexico, met her husband abroad and followed him to Oregon to be closer to his family and the woods.

"Where I come from, there aren't really that many opportunities to go hiking or going camping just because it's dangerous," she said.

At first, it was hard for her to find a sense of community here.

Through her work with Latino Network, she’s been able to connect with other Latinos in the area and in her city of Forest Grove in Washington County.

"When I look at community members for the Latino community we are thriving, we are influential, we are here to make a positive impact."