After nearly a decade of planning, crews broke ground on the estimated $80 million facility just south of Newport. 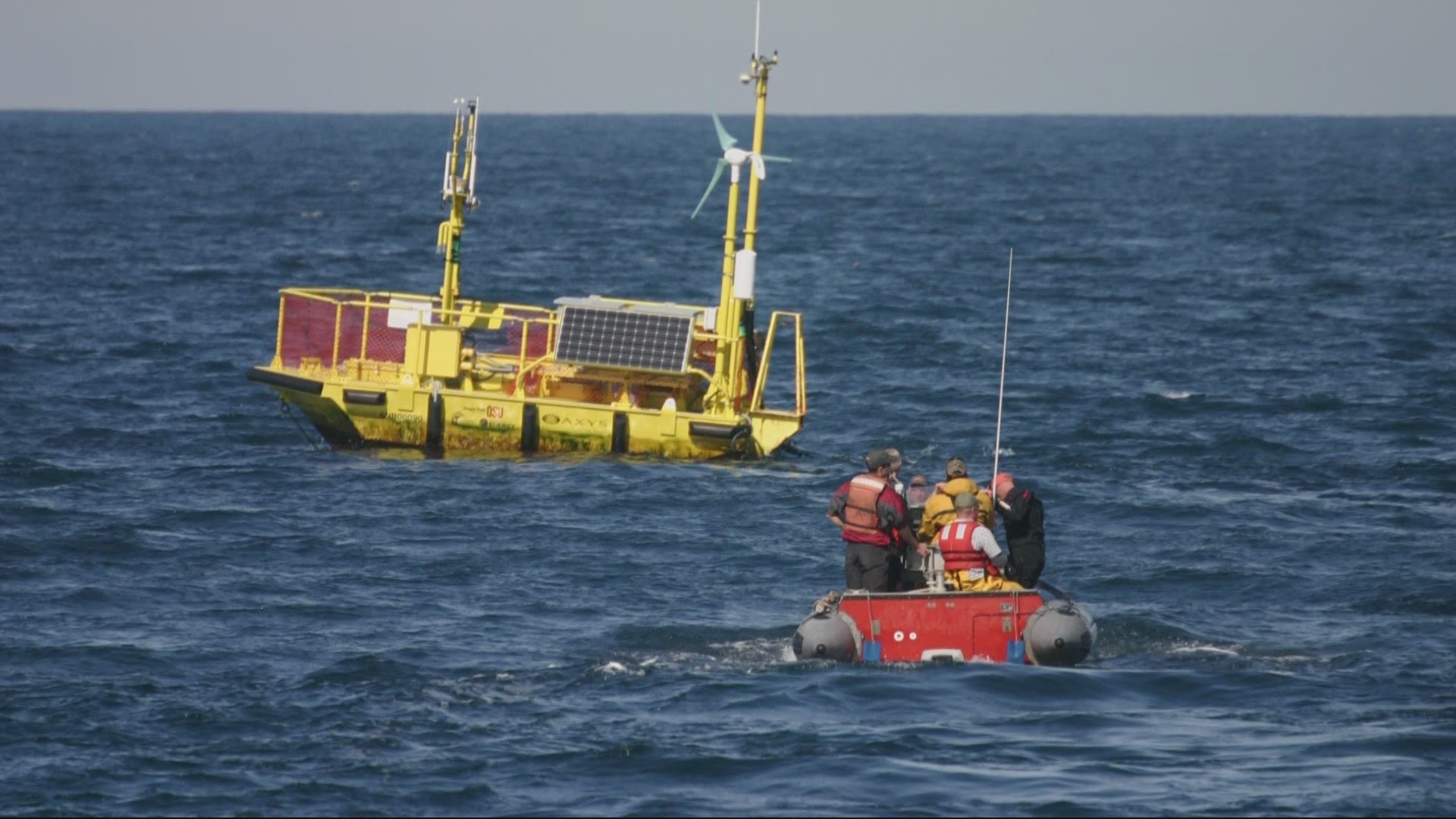 Those traveling along Highway 101 near Newport will see the barriers and the signs.

The parking lot at the Driftwood Beach State Recreation site closed to public.

It will remain closed for the next 10 months as construction on a wave energy testing facility gets underway.

This week the storage units went in and the sound barriers went up as crews broke ground on the PacWave South facility.

"It's a big day," said PacWave chief scientist Burke Hales. "We've been waiting to get started for a long time so we're feeling pretty excited about this."

RELATED: Portlanders can finally recycle those plastic clamshells! (at a small price)

So how does the work in the parking lot tie in to wave energy?

Those huge tumbling waves off the Oregon Coast have power enough to energize entire cities. The challenge is finding the right kind of devices to harness that power.

That's where the PacWave testing facility comes in.

The wave energy test site will be built seven miles off the coast just south of Newport. The estimated $80 million facility will be able to test 20 devices at the same time.

Cables buried underneath the ocean floor will connect the ocean test site to a facility in Seal Rock. It's that system that crews broke ground on in that parking lot.

"We'll build a big underground vault with manhole covers so when we're done all you'll see is a nice new parking lot with a few manhole covers," explained Hales.

Once the cables are in place, then the wave energy creating devices will be brought in. That could happen as early as 2023.

But you won't be able to see the devices, unless your out on a boat.

"If you were standing on the beach south of Newport looking out, they would be over the horizon, you couldn't see them," Hales said.

The cables will be buried below both the seafloor and the beach.

So once the wave energy test facility is complete, coastal visitors won't notice anything different, even though those waves they're watching will be making history.

"It's been conceptual for a long time," said Hales. "Now it's finally getting real."