'Many boats in distress,' several sink during 'Trump Boat Parade' on a Texas lake, police say

Three of those boats were towed out and two remain submerged, officials said. 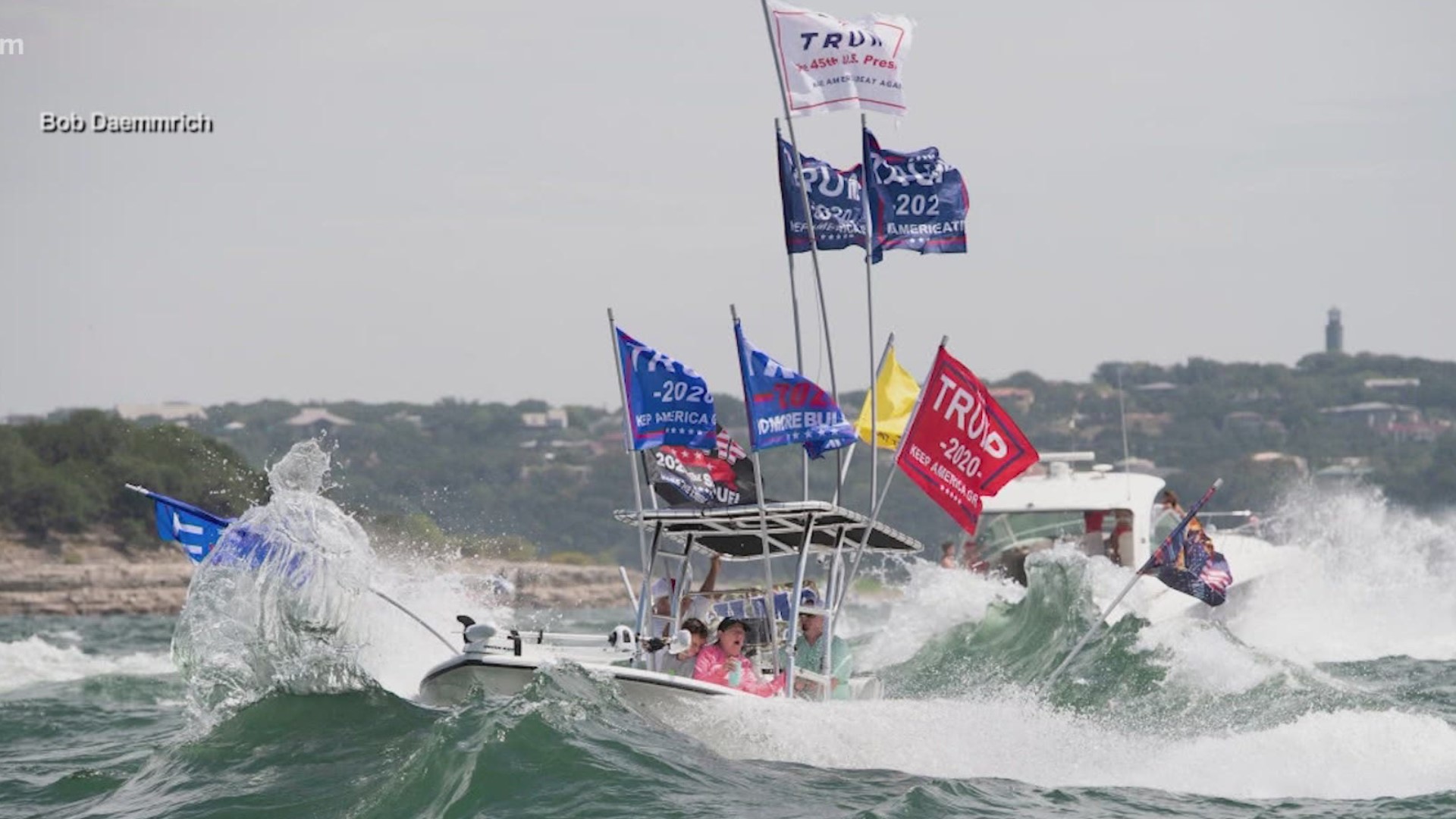 TRAVIS COUNTY, Texas — The Travis County Sheriff's Office (TCSO) responded to "many boats in distress" during the "Trump Boat Parade" on Lake Travis, a spokesperson with the TCSO confirmed to KVUE. A total of five boats sank during the event.

Reports of sinking boats on Lake Travis began coming in on the Citizen app at around 1:20 p.m. Saturday. TCSO confirmed boats in distress throughout the parade route, including at Paradise Cove, West Beach, Point Venture and Hurst Creek.

TCSO confirmed to KVUE on Sunday that the first call came in at 12:15 p.m., and the last call associated with the parade came in at 1:53 p.m. The various calls included boats taking on water, stalled engines, capsized boats and boats sinking. Five boats sank during the event. Three of those boats were towed out and two remain submerged, officials said.

"Weather conditions on Lake Travis were calm. When a large number of boats began moving together, the wakes generated large waves in areas where participating boats were dense," the sheriff's office said. "TCSO has found no evidence of foul play associated with any of the incidents."

Austin-Travis County EMS confirmed that TCSO had responded to multiple boats, but there have been no reports of injuries. Some of the boats went down near Emerald Point Marina.

Texas Parks and Wildlife also assisted by providing one boat.

Supporters of President Trump had gathered on the lake for a parade Saturday morning and afternoon. According to a Facebook page for the event, more than 2,000 people were planning to attend, with another more than 5,000 “interested.”

The event organizer encouraged "boats of all shapes and sizes" to participate in the parade, which would feature skydivers parachuting from a helicopter "with smoke and flags flying."

After the skydivers, boats were set to line up and head west, turning around at Point Venture and ending back at Emerald Point, according to the event plan.

Crowds of viewers came out in the masses today at #LakeTravis for the #Trump Boat Parade to support the @POTUS ahead of the November #election @KVUE pic.twitter.com/DHCziqkMDz

Everything really is bigger in Texas! Take a look at the hundreds of boats gathered on Lake Travis right now for a boat parade honoring President @realDonaldTrump! Senate District 24 supports our President! #TrumpBoatParade #txlege pic.twitter.com/zvZHT8EjtO

Similar parades have taken place in other locations around the country, such as Florida and California.

Organizer Pacey Chynow told KVUE’s news partner The Austin American-Statesman law enforcement in the area had been notified of the event, which she expected to be peaceful.

She told the Statesman the intent is not to raise money for President Trump’s reelection campaign but to rally support for the president.