The court on Monday set Jan. 29 as the day it will hear arguments in the lawsuit filed last month by the Idaho Freedom Foundation. 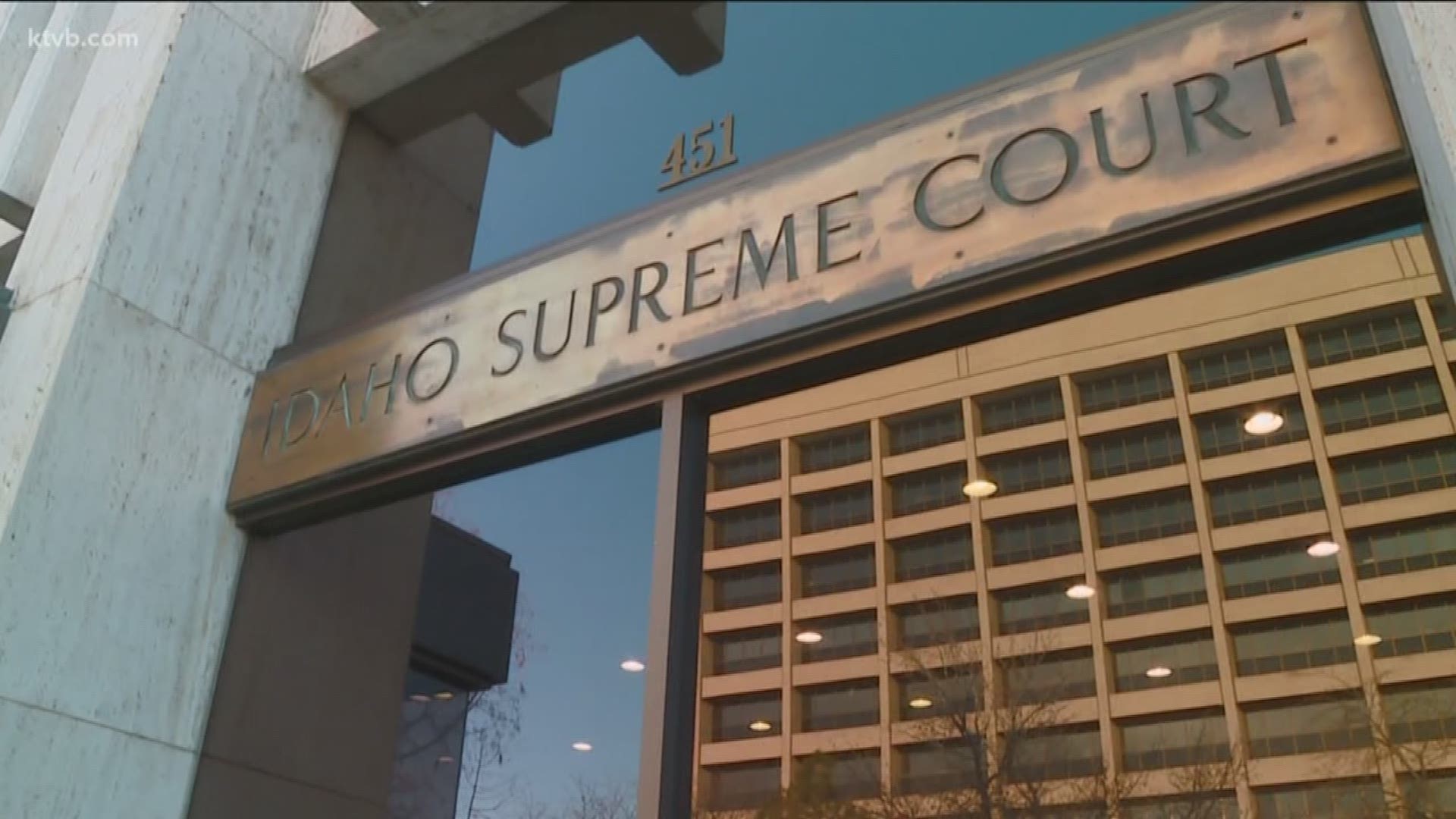 BOISE — The Idaho Supreme Court says it will hear oral arguments for a conservative group's lawsuit to overturn the voter-approved expansion of Medicaid coverage to potentially more than 60,000 low-income adults across the state.

The court on Monday set Jan. 29 as the day it will hear arguments in the lawsuit filed last month by the Idaho Freedom Foundation against Secretary of State Lawerence Denney, who certified the votes.

The plaintiff named in the lawsuit is Brent Regan, IFF board chairman. The lawsuit says the wording of the proposition cedes too much control to the federal government and the Idaho Department of Health and Welfare.

Idaho Freedom Foundation says Idahoans should hear both sides of the constitutionality debate before the legislature and Idaho Department of Health and Welfare move forward with Medicaid expansion.

"Our view is that the legislature should wait and see what the Idaho Supreme Court says on this very important question of constitutionality before acting," Idaho Freedom Foundation Vice President Fred Birnbaum told KTVB.

Proponents of Medicaid expansion argue that the will of the people should be respected.

"The ballot initiative process is afforded to citizens by the Idaho Constitution and citizens have spoken," said Idahoans for Healthcare spokesperson Caroline Merritt. "Now it moves to the legislature, which the legislature represents the people of Idaho - they're directly elected so it is their job to figure out how we best fund it."

The expansion will cover those who earned too much to qualify for Medicaid, but didn't earn enough to be able to get subsidized health insurance coverage under the state health insurance exchange.

"The projections we've seen always show it has a cost," Birnbaum added. "The question is: how much will the cost be?"

Proposition 2 proponents argue some states are seeing increased costs because they've added costly administrative sideboards to Medicaid expansion laws. Merritt says this new law will save the state money and taxpayers money, reducing catastrophic and indigent care funds. Rather than people accessing health care through emergency rooms, the most expensive option, they will be able to access primary care - reducing costs for Idahoans across the board.

The initiative references federal code sections and determines the population that will be covered by Medicaid expansion based on their income. The Idaho Freedom Foundation says there are major problems with putting coverage requirements hands of the federal government.

"It's an unconstitutional delegation of legislative authority to the federal government and we think it has very broad implications."

Those who pushed Proposition 2 say the legislature has the power to repeal the program or change the funding mechanism should the federal government make any changes.

IFF maintains that Idahoans have other solutions.

"There are some good policy options that would be better alternatives to provide lower cost healthcare to Idahoans," Birnbaum said.

But expansion proponents disagree, citing the legislature and governor's track record since the Affordable Care Act was enacted.

"The legislature looked at a number of different solutions to the gap population over the past six years but they were unable to come up with something that everybody agreed upon," Merritt said. "But Idaho has agreed upon Medicaid expansion."

Supporters feel the lawsuit is nothing more than a delay tactic.

"It's a political stunt. They lost this with the voters and are likely to lose it in court," Reclaim Idaho Ada County co-leader Tracy Olson said. "There's no grounds for constitutional challenge; the language is very clear and simple. It perfectly aligns with language used to enact Medicaid expansion in 33 other states, so we feel pretty confident in the language."

Backers of the measure are confident justices will determine the measure constitutional, but if they don't, Merritt still expects the legislature to listen to the will of the people and get Medicaid expansion on the books.