Work continued on hauling away ruined cars, clearing mud and other debris from streets and restoring transit service. 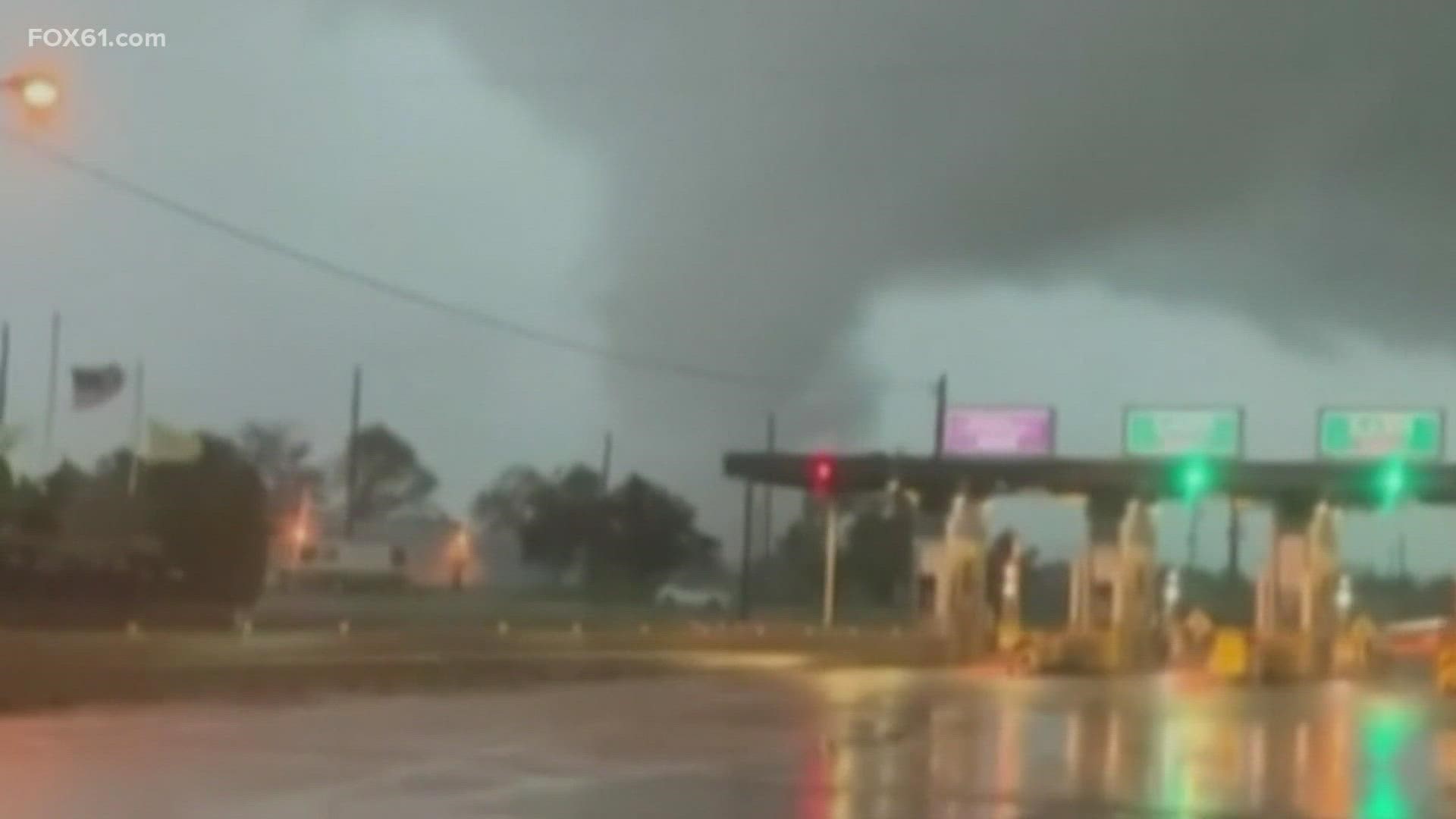 ELIZABETH, N.J. — Police went door to door in search of more possible victims and drew up lists of the missing as the death toll rose to 49 on Friday in the catastrophic flooding set off across the Northeast by the remnants of Hurricane Ida.

The disaster underscored with heartbreaking clarity how vulnerable the U.S. is to the extreme weather that climate change is bringing. In its wake, officials weighed far-reaching new measures to save lives in future storms.

More than three days after the hurricane blew ashore in Louisiana, Ida’s rainy remains hit the Northeast with stunning fury on Wednesday and Thursday, submerging cars, swamping subway stations and basement apartments and drowning scores of people in five states.

Intense rain overwhelmed urban drainage systems never meant to handle so much water in such a short time — a record 3 inches in just an hour in New York. Seven rivers in the Northeast reached their highest levels on record, Dartmouth College researcher Evan Dethier said.

On Friday, communities labored to haul away ruined vehicles, pump out homes and highways, clear away muck and other debris and restore mass transit.

Even after clouds gave way to blue skies, some rivers and streams were still rising. Part of the swollen Passaic River in New Jersey wasn’t expected to crest until Friday night.

“People think it’s beautiful out, which it is, that this thing’s behind us and we can go back to business as usual, and we’re not there yet,” New Jersey Gov. Phil Murphy warned.

At least 25 people perished in New Jersey, the most of any state. Most drowned after their vehicles were caught in flash floods. A family of three and their neighbor were killed as 12 to 14 feet of water filled their apartments in Elizabeth, New Jersey.

Across the street, Jennifer Vilchez said she could hear people crying, “Help! Help!” from their windows.

In New York City, 11 people died when they were unable to escape rising water in their low-lying apartments. A man, woman and 2-year-old boy perished as their Queens street turned into a raging gully, hemmed in by a concrete wall on the nearby Brooklyn-Queens Expressway.

Credit: AP
Workers pump water from a flooded section of Interstate 676 in Philadelphia Friday, Sept. 3, 2021 in the aftermath of downpours and high winds from the remnants of Hurricane Ida that hit the area. (AP Photo/Matt Rourke)

Officials said Friday that five of the six apartments where people died were illegally converted.

New York’s subways were running Friday with delays or not at all. North of the city, commuter train service remained suspended or severely curtailed. In the Hudson Valley, where several feet of mud covered tracks, Metro-North President Catherine Rinaldi said she didn’t expect service to be restored until early next week.

While the storm ravaged homes and the electrical grid in Louisiana and Mississippi, leaving more than 800,000 people without power as of Friday, it seemingly proved more lethal over 1,000 miles away, where the Northeast death toll outstripped the 13 lives reported lost so far in the Deep South.

Ida stands as the deadliest hurricane in the U.S. in four years.

In a second wave of calamity in the Northeast, fires broke out in swamped homes and businesses, many inaccessible to firefighters because of floodwaters. Authorities said gas leaks triggered by flooding were likely to blame.

A Manville, New Jersey banquet hall exploded in flames around 2 a.m. Friday. Its owner, Jayesh Mehta, said he felt helpless and heartbroken looking at videos of his burning business.

“I don’t know what to do and how to deal with something like this,” Mehta told NJ Advance Media.

In Philadelphia, part of the crosstown Vine Street Expressway remained flooded after the Schuylkill River reached its highest level since 1902. An inch-thick layer of mud was left where the road had dried.

Officials said they wanted to get the highway reopened by Saturday afternoon, when thousands of people are expected for the two-day Made in America music festival, which Mayor Jim Kenney insisted will go on as planned.

In New York City, teams of police officers knocked on doors to check for anyone left behind. Police reviewed emergency calls from when the storm hit to pinpoint where people may have been in harm’s way. Calls to the city’s 911 system Wednesday night peaked at 12 times above normal.

Ida came ashore Sunday in Louisiana tied as the fifth-strongest storm to ever hit the U.S. mainland, then moved north. Forecasters warned of hazardous flooding, but the ferocity of the storm caught the nation’s most densely populated metropolitan corridor by surprise.

In Manville, on the Raritan River, storm evacuees told the same story: an urgent knock on the door, a wall of water crashing into their apartments, being rescued by boat and taken to higher ground — until that ground also flooded, necessitating a second rescue.

Richie Leonardis, a 60-year-old who has had one leg amputated and uses a wheelchair, said a siren went off around 4 a.m. Thursday. Within minutes, police knocked on his door, urging him to evacuate.

“When I opened the door, the water rushed in and almost knocked me out of my wheelchair,” he said. “The cops had to grab me to keep me from going under the water.”

Richard Leoncini said 6 feet of water rushed in when he opened his door, knocking him backwards.

“The fire department came and got me in a boat,” Leoncini, 65, said. “You’re waiting for that boat to arrive and you’re surrounded by water in your apartment and you’re thinking, ‘How am I going to get out of this?’”

Leaders in some states pledged to examine whether anything could be done to prevent a catastrophe like this from happening again.

New Jersey and New York have both spent billions of dollars improving flood defenses after Superstorm Sandy hit in 2012, but much of that work was focused primarily on protecting communities from seawater, not rain.

New York Mayor Bill de Blasio said the city will work to clear people from roads, subway trains and basement apartments in advance of major rainstorms, and will ban travel as it does during major snowstorms. He said the city will also send cellphone alerts warning people to leave basement apartments and dispatch city workers to get them to shelters.

“It’s not just saying to people you have to get out of your apartment,” de Blasio said. “It’s going door to door with our first responders and other city agencies to get people out.”