A$AP Rocky testified that he and his entourage tried to 'de-escalate' the situation, but two men wouldn't leave them alone. 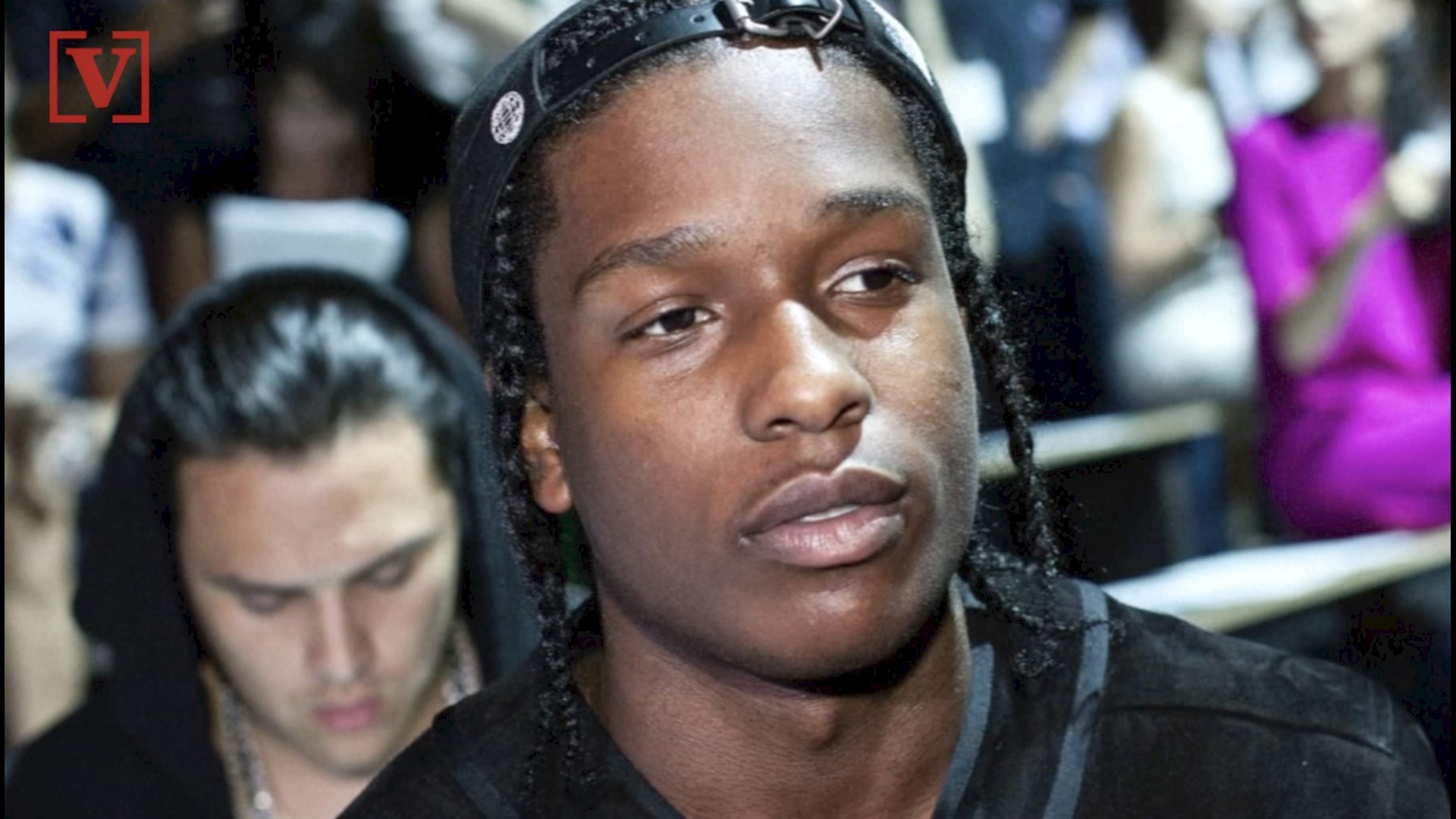 STOCKHOLM, Sweden — American rapper A$AP Rocky testified Thursday at his assault trial in Sweden that he did everything possible to avoid conflict with two men he said persistently followed his entourage in Stockholm, saying that one of the men picked a fight with one of his bodyguards.

Rocky, whose real name is Rakim Mayers, is accused along with two other men believed to be members of his entourage of beating a 19-year-old man, Mustafa Jafari, in central Stockholm on the evening of June 30.

Mayers told Stockholm District Court that Jafari and his friend refused to leave the entourage alone despite several appeals, and claimed they appeared to be under the influence of drugs.

He said the situation became tense after Jafari got into an argument with one of Mayers' bodyguards near a fast-food restaurant where the rapper's entourage had stopped to download an app to use electric scooters, which are widely available on the streets of Stockholm.

"After a while, my security guard started pushing him (victim) away, begging him to leave," said Mayers, who appeared in court wearing an all-green inmate uniform. He testified that he and his entourage just wanted to "de-escalate" the situation.

"Me and my crew told them that, listen, don't go where we are going, go the other way, we don't want any trouble," Mayers said. But he said that Jafari was persistent and just wouldn't go away.

"I assumed that these guys were under the influence of some kind of drug," Mayers told the court.

A full-scale brawl ensued shortly afterward at a nearby side street and prosecutors allege that Mayers and the two other suspects beat and kicked Jafari while he was on the ground. They said Jafari was hit with parts of or a whole bottle.

The rapper, 30, pleaded not guilty at the start of the trial Tuesday, saying he acted in self-defense.

The trial has created a stir in U.S.-Swedish diplomatic relations after President Donald Trump weighed in on the case in support of the Grammy-nominated recording artist.

Besides Mayers, Thursday's court session is reserved for testimony from the alleged victim, his friend, witnesses and Mayers' bodyguard.

His mother, Renee Black, and several of his relatives were present at the courtroom.

The case has also drawn the attention of American celebrities and Mayers' fellow recording artists, including Sean "Diddy" Combs and Justin Bieber. A social media campaign for his release, #JusticeForRocky, was created soon after his arrest.

Trump has spoken with Prime Minister Stefan Lofven on the phone, offering to personally guarantee A$AP Rocky's bail, but the Swedish leader said he couldn't interfere in a legal case.

Sweden doesn't have a bail system and Mayers has stayed behind bars despite Trump's intervention. Trump has sent Ambassador Robert O. Brien, the U.S. special presidential envoy for hostage affairs, to Sweden to monitor the court proceedings.

If convicted, Mayers faces up to two years in prison.