Wounded Boise officer gets on a motorcycle again

After Cpl. Kevin Holtry was shot and paralyzed in the line of duty, community members donated thousands of dollars for his new motorcycle, which has all hand-operated controls. 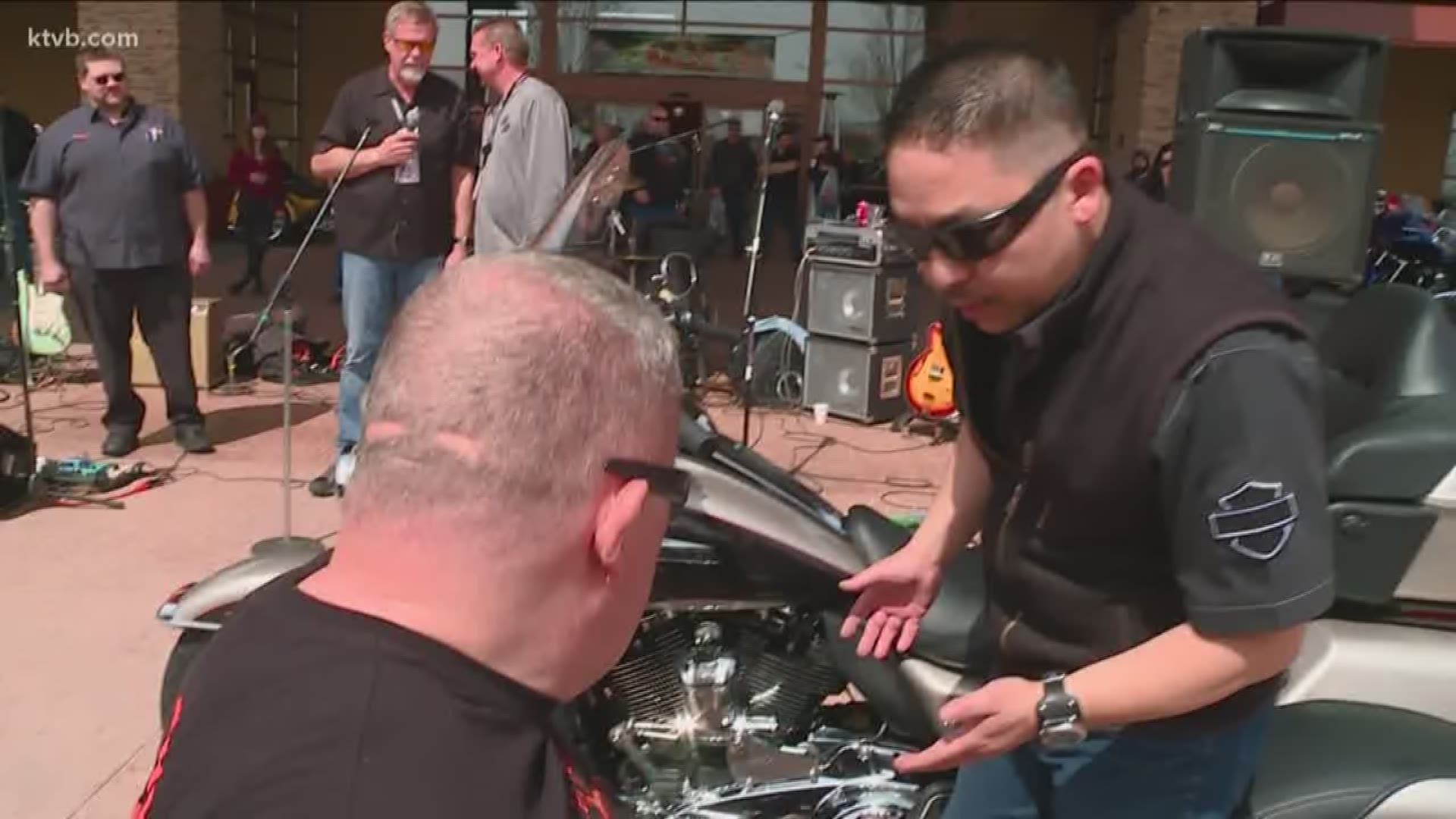 MERIDIAN - After months of rehabilitation and recovery, and thousands of dollars raised by Treasure Valley businesses and individuals, Boise Police Corporal Kevin Holtry is back in the saddle -- of a motorcycle.

Cpl. Holtry was paralyzed and had part of one leg amputated after he was shot on November 11, 2016, while looking for a man suspected in a carjacking and a shooting.

Holtry faced the possibility of not being able to enjoy one of his favorite activities, motorcycling.

On Saturday, thanks to the generosity of community members grateful for his sacrifice, Holtry's wish of getting back on a motorcycle came true.

"It's beyond words. I don't even know what to say. I just want to ride," Holtry said.

High Desert Harley-Davidson helped collect funds for the motorcycle and hosted a celebration as it was presented to Holtry.

"I was completely overwhelmed by the number of people who were here today," Holtry said. "I couldn't even find a parking spot, which was great, so ... But the bike itself, I mean this has been a year-long project. I'm so excited. This is the best ever."

Holtry said just like he learned to drive again, in an adapted truck, he's facing a learning curve with the motorcycle, which is quite a bit different from what he rode in the past.

"With Kevin's injury, we had to make sure all the controls, everything he needed to do, is up on the handlebars," said Todd Godfrey with High Desert Harley-Davidson. "So we had to put a special clutch in, hand controls, things like that so everything he could do is on his left or right hand. He'd never have to use his feet."

Holtry, who was a 17-year veteran of the Boise Police Department when he was wounded, has said that he plans to continue working as a training officer.

And he's planning a few motorcycle trips, too.