From your tire tread to frost on your windshield, how to get your car ready for winter

Frost on the windshield of a car was a contributing factor in a car versus pedestrian accident last week, according to Nampa Police. 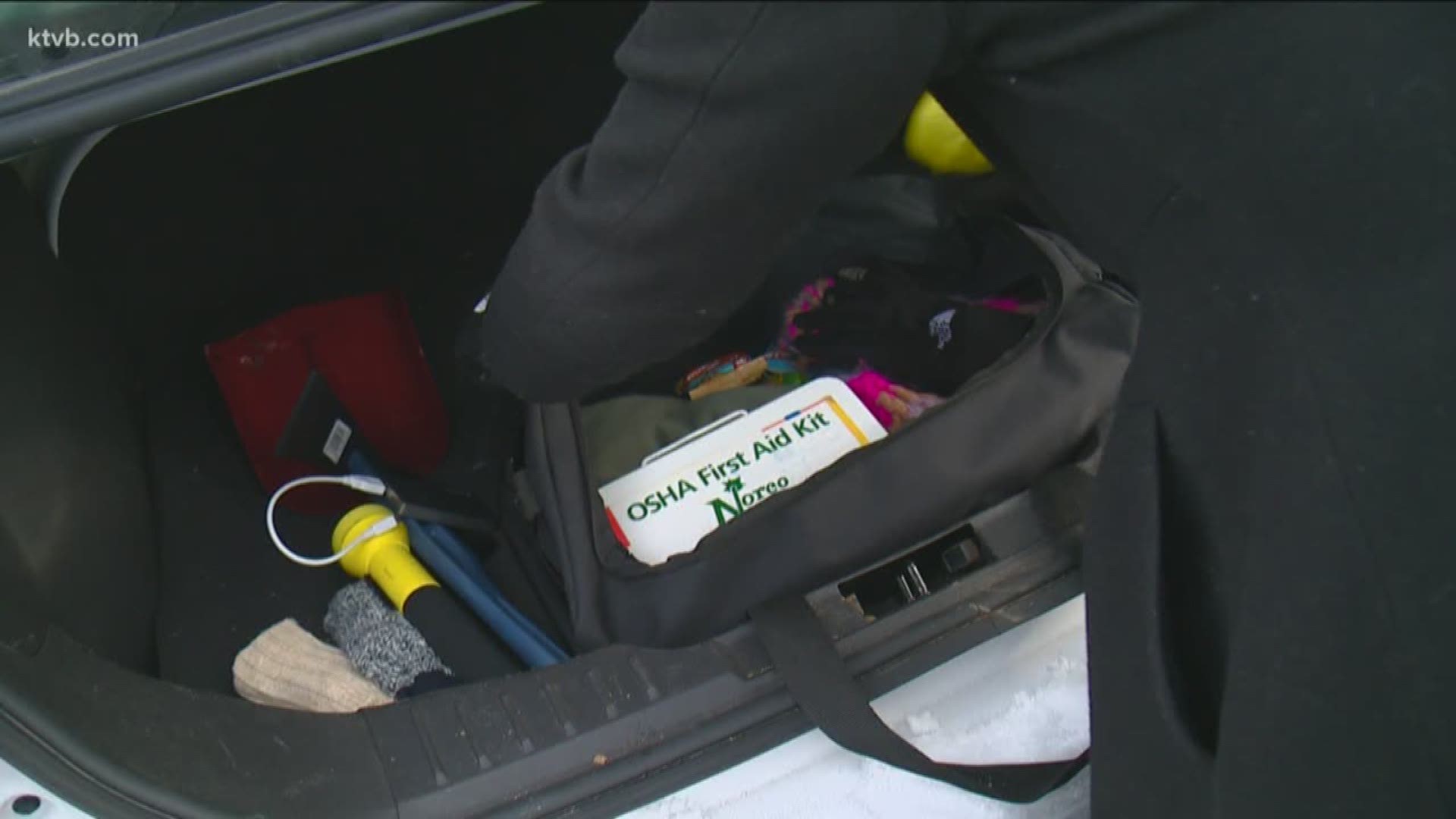 NAMPA, Idaho — Ready or not, winter is almost here.

Last week, Nampa Police say frost on the windshield of a car was a contributing factor in a car versus pedestrian accident. Thankfully, that person is okay.

“One easy thing that people can do to alleviate having to scrap their windows in the morning is if the night before, if their car is parked outside, put a blanket or beach towel over the windshield,” said Nampa Police Officer Deran Watt said. “Then in the morning, all they have to do is start their car and remove the blankets and their windows are nice and clear and they don't have to worry about the frost on the windshield.”

Last winter, a spokesperson for AAA told KTVB they rescued 14,000 people off the roadsides here in Idaho and those rescues were based on things that could've been prevented.

“You want to make sure you're prepared for every situation and one of the best ways to do that is to have a kit that solves a lot of problems,” Matthew Conde, AAA spokesperson said. “Having an extra blanket, a flashlight with extra batteries, a basic first aid kit, some basic tools that you could make an adjustment if you had to.”

AAA also recommends drivers always keep half a tank of gas during the winter because condensation can build up, making your car start a little more roughly.

Another way you can check if your tire tread is okay is to take a quarter, turn it upside down in the tire tread and if you can see the top of George Washington’s head, it means it's time to change that tire.

The Nampa Police Department also wants to remind folks to not leave cars unattended in order to warm them up because every year around this time, police say they see an uptick in cars being stolen.

It's also actually illegal to do that if it's on a public roadway, but if you're going to do it in your driveway Watt recommends locking it with an extra key.