Nick Cracchiolo started Nick’s Firewood in Broomfield about 43 years ago. He still cuts, splits and delivers wood to homes across the metro area. 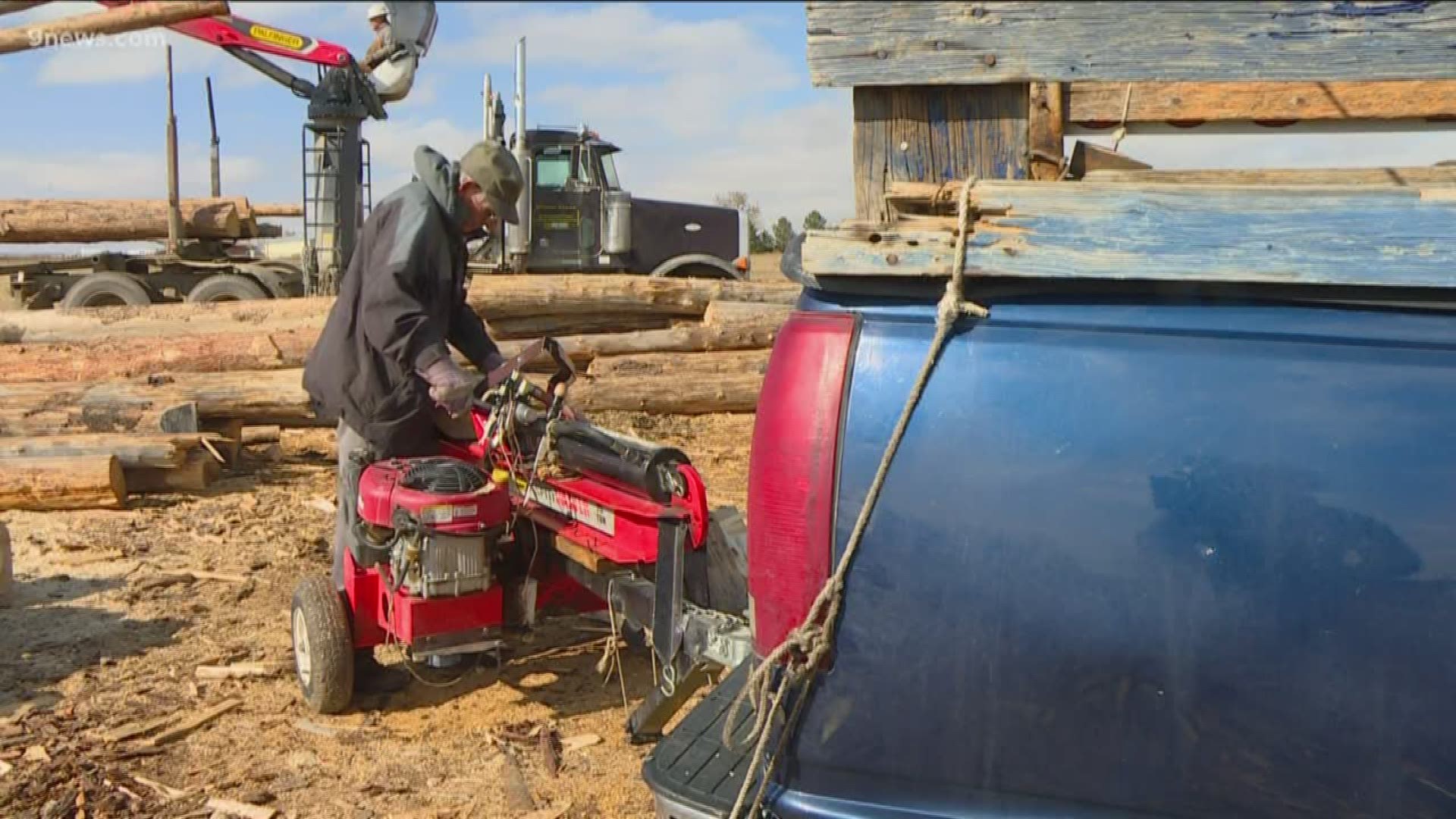 BROOMFIELD, Colo. — If his life were split in two, both pieces would include service. Nick Cracchiolo started by serving his country.

“Well, here it is,” Cracchiolo said. He thumbed through an old album and stopped at the photo of a young Army corporal in his dress uniform.

“After six months in Korea, you are eligible for five days of R&R,” Cracchiolo said, reminiscing about his trip to Japan decades ago. “When I got to Tokyo, they gave us a haircut and a shave.”

Cracchiolo served in the 25th Infantry Division of the U.S. Army during the Korean War. He served his country and eventually started serving customers.

“I got a picture here of when I first got into the firewood business,” he said, turning to another page.

RELATED: Storytellers: DJ E and his wheels of steel

Cracchiolo started Nick’s Firewood in the late 1970s. By the 80s, he had half a dozen trucks moving about 2,000 cords of wood a year. But business eventually slowed, and Nick had to cut back.

Cracchiolo orders timber by the truckload and has it brought to the lot beside his home in Broomfield. The 90-year-old cuts, splits and delivers the wood by himself.

“I spend all of my time outside,” he said. “The last thing I want to do is sit in the house and watch TV.”

“I’m not worried about getting older,” he said. “I’m already older.”

Milly Cracchiolo doesn’t think her husband of nearly seven decades has changed much over the years.

“I don’t see too much difference,” she laughed. “He’s still a great guy.”

Milly Cracchiolo calls her husband, “Crack” for short. She said he’s “a pro” at what he does, but admitted she worries from time to time.

“I worry when he’s on the splitter. You know, something could go wrong or the chainsaw. You never know,” she said.

Nick Cracchiolo once smashed his finger and even broke a toe.

“It ain’t like being in the Army,” he said. “No one’s shooting at you, but you could get hurt.”

He’s escaped serious injuries, but his pace has slowed.

“I used to be able to load [my] truck in half an hour. Now it takes me an hour and a half to load it because I have to take breaks,” he said.

Nick Cracchiolo isn’t ready to retire, but work isn’t his favorite thing either.

“I don’t like anything about it,” he said. “I don’t like it all. I’m getting tired of it, but I have to do something.”

At the tail end of a life of service split in two, Nick’s Firewood isn’t burning out anytime soon.