Ashley Rosebaum has been with the department for 12 years and has worked her way up the ranks. 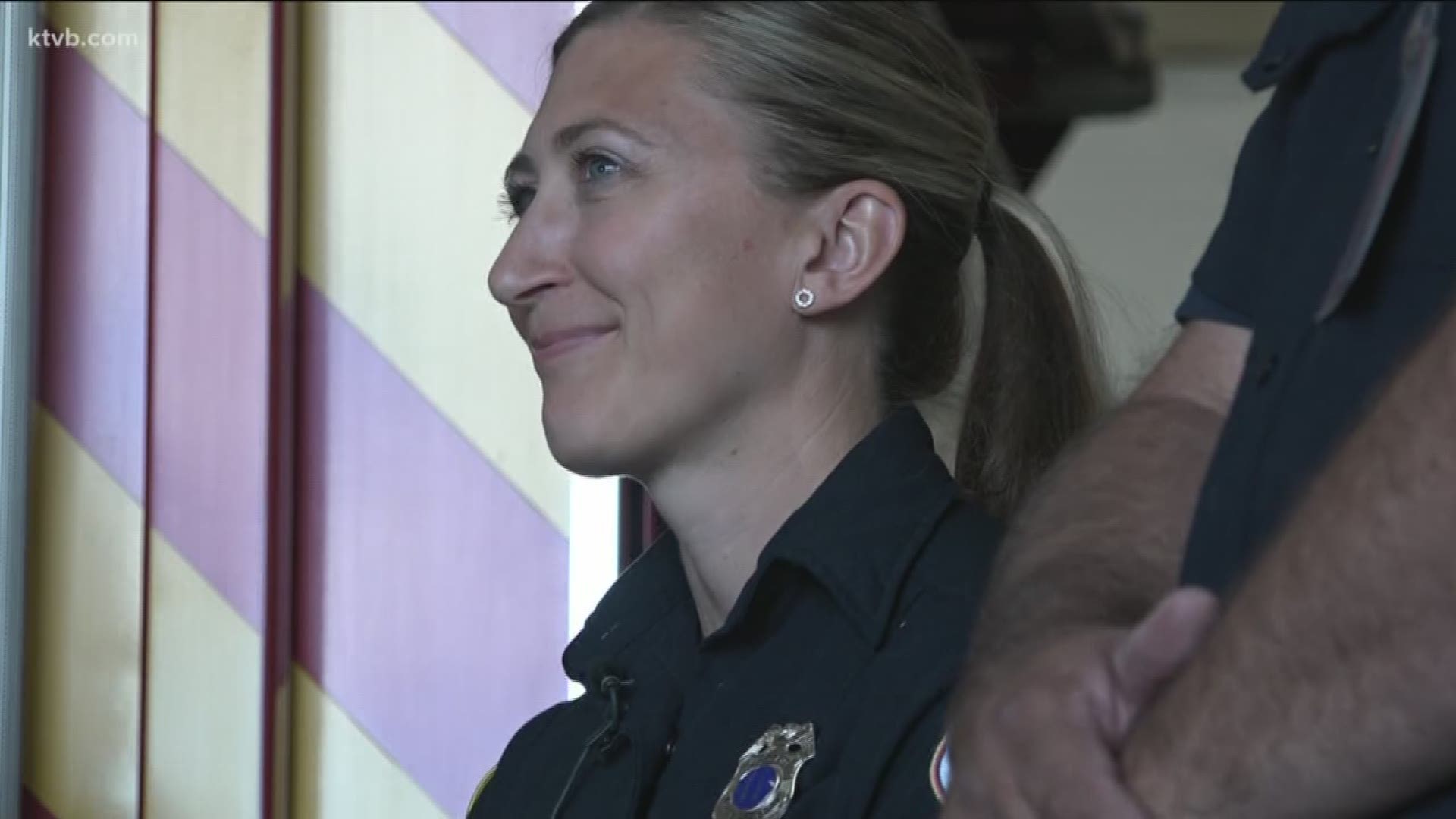 BOISE, Idaho — The Boise Fire Department on Wednesday held a private ceremony to promote Ashley Rosenbaum - a 12-year-member of the department - to the rank of captain.

With the promotion, Rosenbaum becomes the first female fire captain in the city's 155-year history.

“Ashley is a great firefighter and will be a great leader," Boise Fire Chief Dennis Doan said in statement announcing the promotion on Tuesday. "Her great attitude and work ethic were recognized early on here at Boise Fire and since she has been hired she has continued to show her strength and dedication to this job. She is great role model and a huge asset to the department.”

At the ceremony on Wednesday, Rosenbaum said the department has made great strides in hiring more women in what has traditionally been a male-dominated career.

"For a long time it was just me here, and we've been kind of blessed the last few years that we've increased the ranks," she said. "We've got three other operations personnel that are female, so that's nice to see that kind of diversification.

"It's just really exciting to see more females pursue this career because it is the best job in the world and I think a lot of females don't realize there's options out there for them," she added. "So if seeing me out there helps inspire someone else to pursue this career, then I think I've done my job."

She has been part of the Boise Fire Hazardous Materials Team since 2014 and previously served three years on the Aircraft Rescue Fire Fighting team. She was also the first female driver for the department.

RELATED: What you need to know about Idaho's laws on fireworks before the Fourth of July